Since their formation around 18 months ago, High Rise have been rapidly rising (pun intended) in the underground hardcore scene. Having shared the stage with the likes of Press to Meco and Lock & Key and recently releasing debut EP LIFE (Left It For Everything), this is a band to watch out for. We challenged […] 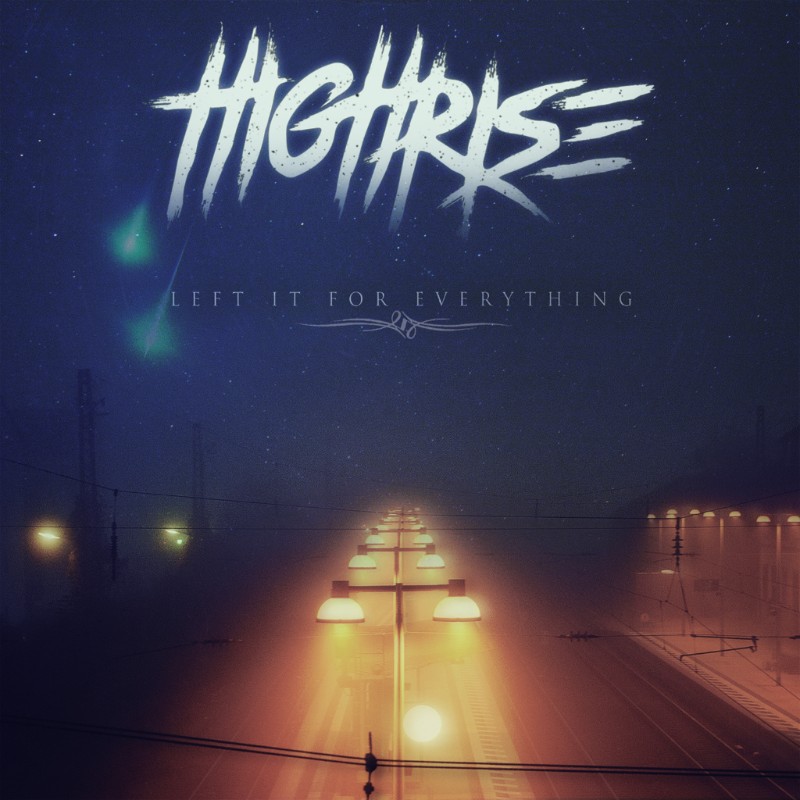 Since their formation around 18 months ago, High Rise have been rapidly rising (pun intended) in the underground hardcore scene. Having shared the stage with the likes of Press to Meco and Lock & Key and recently releasing debut EP LIFE (Left It For Everything), this is a band to watch out for. We challenged Tom to take on our A-Z challenge.

I was lucky enough in my childhood to have parents that introduced me to so much awesome music. Ever since I first heard Black Sabbath as a child and the first time I heard ‘Planet Caravan’ I couldn’t stop listening to it, it was on repeat for years! I still listen to that track now and again and it still gives me goose bumps. I would definitely have to say ‘Planet Caravan’ by Black Sabbath inspired me to want to make music
Best rider you’ve ever had?

What seemed like mountains of cans of beer at The Purple Turtle in Camden. It was incredible!

Back when we were quite fresh on the scene we thought ‘hey let’s do a show in Scotland.’ Like it’s dead easy to just drive to Scotland for a one off show. So, we drove 9 hours there and 9 hours back to play a show in Aberdeen in an old uncomfortable Ford Transit Mini-Bus. At the time it seemed like a cool adventure but was a bit of a crazy thing to do.

Or when we were on our first ever tour, in a hotel room trying to sleep, when our other guitarist Ricky started sleep talking and then all of a sudden sat up in bed with his arm outstretched, quite loudly saying ‘shake my hand dude!’ Scared the life out of us!

Deepest lyric one of your songs features?
I would say ‘Vultures’ has some pretty deep lyrics, then again all the tracks on our new EP have their own deep meanings behind them, but I would definitely say ‘Vultures’ is the deepest of deep on this record.

We used to all be in a band in college but went our separate ways to various universities. When we came back, mature and reformed, we picked up writing a track exactly where we left off and it was quite shocking how after nearly 3 years apart everyone still remembered it. ‘Memories’, from our first EP ‘Tides Will Take You‘, was written in about 3 days.
Favourite song in your set?
Our favourite song in the set has to be Reborn. Everyone tends to really lose their shit when we play this one and it’s great to see everyone enjoying themselves at our show.

We’ve talked about having guests on before but never really followed through with it, maybe we haven’t found the right one yet. If we could choose anyone though it would have to be Dallas Green, that guys voice is beyond incredible!

The hardest thing is getting 5 guys in the same place at the same time outside of work and everything else. We all manage though! It’s definitely financially challenging too but a shared passion for writing and playing together, and being able to share the product of that with our fans keeps us going.

One of us has flown a plane!

Jokes you have in the band?
We somehow manage to find a joke in everything, and sometimes our sense of humour is quite dark. The things we find funny probably aren’t funny at all to anyone outside of the team. Every band has their own in jokes, right?

Key to writing a song?
The key elements to writing any song for us is patience, pizza and a good musical diet.

Longest distance you’ve travelled to play a show?
Definitely when we drove to Aberdeen and back to London again.

Most inspiring musician you’ve experienced?
Definitely has to be when I saw Tom Searle tear up Sonisphere one year with Architects! A huge inspiration to me as a guitarist.

New band you’d recommend?
We recommend you check out ‘Far From History’ old and new stuff, you won’t be disappointed! (And we agree!)

Opening for this band would be ideal?
We’d love to open for quite a few bands but I’d have to say Underoath is the dream. If I got to open for them I would die happy!

Place you’d most like to tour?
We’ve yet to play in Europe and that’s definitely one at the top of our list for 2017, but touring in the US would be incredible!

Quote that you’d like to pass on to our readers?
Sometimes the only way to succeed and see further in life is by standing on the shoulders of giants!

Reason for the title of your forthcoming release?
We wanted to write about the problems that people face day to day and the way those things are overcome and left behind where they belong. In life we’re always faced with obstacles so we wanted to write it about life in general, the first letter of each word spells LIFE! (Left It For Everything)

The old days of music were better than the current, do you agree?
I disagree with this – the only thing that’s changed is how we digest music. There’s loads of great new music out there but you gotta go out there and find it. Music was probably better curated in the old days – nowadays we tend to rely on decent curation and a trusted source to tell us what to listen to, but I think we’re all advanced enough to go out there and discover some great new music for ourselves!

Unusual merchandise?
Nothing set it stone yet but we’ve talked about selling our own brand of drink!

Variations you’d like to do on one of your songs?
We’d like for someone to remix one of our tracks, maybe our heaviest track on the EP ‘Reborn’.

What do your fans mean to you?
They mean the absolute world to us, whether someone likes, comments or shares anything or just tells us what they think in private is awesome!

Xrays or any other treatments needed for band related injuries?
Our vocalist Joe once dislocated his knee at a show and needed it popped back in!

You’re late for a show, whose fault is it?
I’m gonna have to take one for the team here as it would probably be me. I tend to take a while waking up when on tour – I’m a very deep sleeper.

Zoo animal that best describes the personality of your band?
Definitely some sort of monkey. We have loads of energy, we like bananas and our drummer throws his poop. (He doesn’t really).