I caught up with Trenton Woodley and Alex Pearson, frontman and guitarist respectively, from Australian rockers Hands Like Houses before the last date of the UK leg of the Of Mice & Men tour. Find out what the reasoning behind Dissonants is, the band’s only rockstar moment and lots more in our chat here… 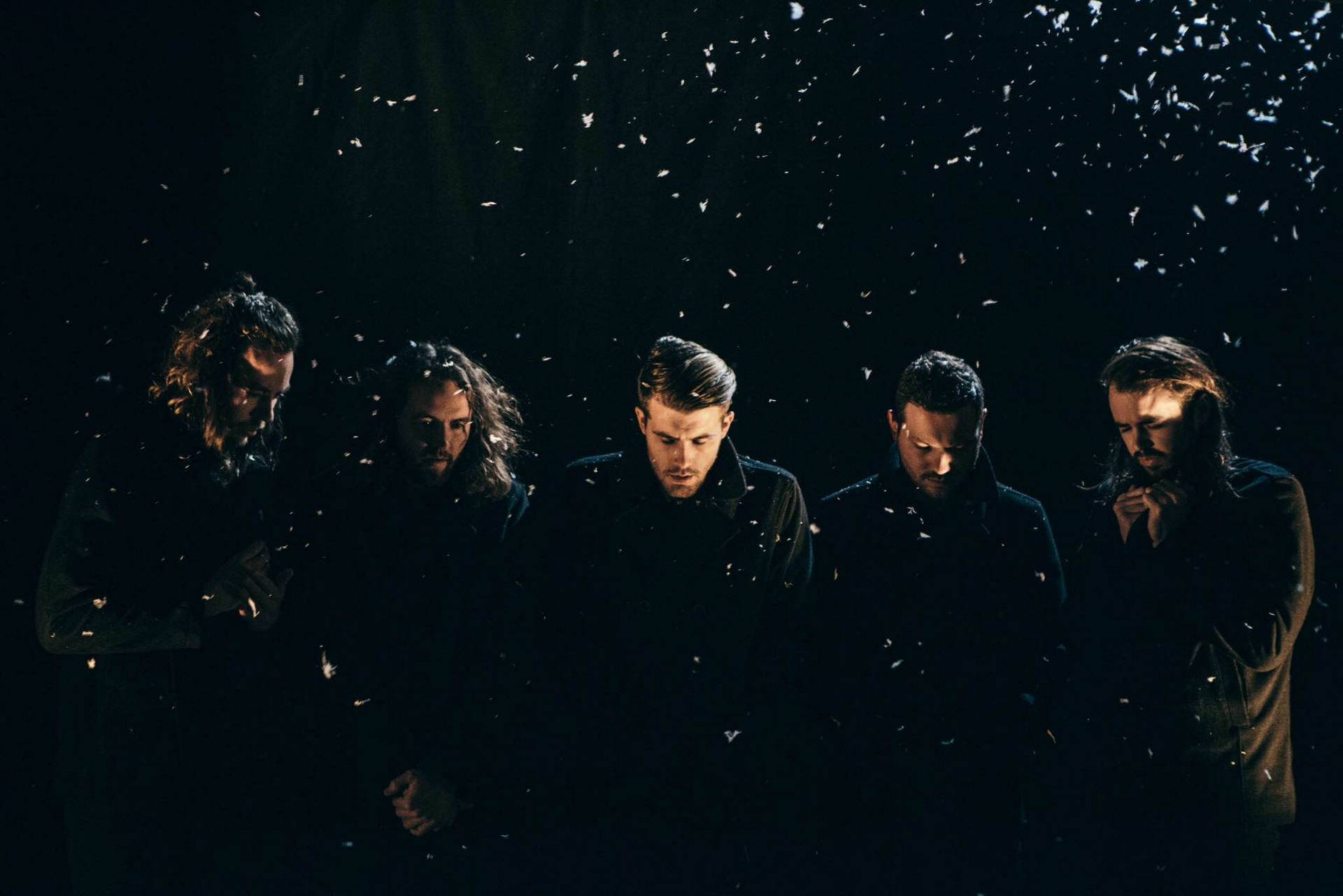 I caught up with Trenton Woodley and Alex Pearson, frontman and guitarist respectively, from Australian rockers Hands Like Houses before the last date of the UK leg of the Of Mice & Men tour. Find out what the reasoning behind Dissonants is, the band’s only rockstar moment and lots more in our chat below;

This is the last day of the UK tour. How has it been?

Trenton – It’s been awesome! A really, really cool response. It’s always tricky with a support tour to kinda know what to expect from the crowd. This is our sixth or seventh trip out to the UK now, so we do have a following here but it’s always a little hard to tell before a tour whether they’re going to come out or not or whether it’s going to be a whole new crowd. I think it’s been a really good balance of both, we’ve been playing to people who are familiar with what we are doing and people who are really latching on to what we are doing and enjoying themselves during the show. It’s been a really solid start to the tour for us and we’re looking forward to Europe.

This is your second time this year in the UK as you came over recently (July/August) for your own headline tour. Do you find it harder to adjust from the headline slot to the support slot?

Trenton – Yeah. I feel like support tours are a little bit more cruisey.

Trenton – Yes, when it’s your headline, you’re first to soundcheck, last to play, first to load-in, last to leave. It’s always a really long day. It’s certainly not a bad thing, playing the headline set is always fun but being able to just rock up, do your thing and enjoy the experience of it. I’d say that’s the coolest part of supporting.

Following this tour, you head out to America for a co-headline run with Our Last Night, are you looking forward to that one? That’s a cracking line-up.

Alex – Yeah, actually there have been a lot of people that keep popping up like “why isn’t this tour happening (insert place name here)” as happens with every tour to be honest. But we’re really stoked! We’ve tried to go out with the boys before but it hasn’t really worked with timing so it’s nice to be able to get the line-up.

Your third album Dissonants was released in February, how pleased have you been with the reaction? It was a really good record.

Trenton – Yeah it’s been really good. It’sa little hard to tell sometimes just with the way streaming and stuff has gone, as to how well it’s done in a commercial sense but as far as the response from our fans, from the reviews and stuff like that, even just our friends that listen to our music and all that across the board has been really enjoying it and there’s been a lot of praise and good things said. For us, it’s always kind of weird getting our head around how good an album is or isn’t because of our own involvement in the process but yeah definitely happy with how it’s been received.

Trenton – Yes. We recorded the majority with James Wisner (As It Is, Underoath, Paramore) but we did do a handful of songs with Erik Ron (Issues, I See Stars, Set It Off), just recorded them in his studio and James mixed it. I think in that context it was more of a convenience than a necessity type thing as that was the facility and time frame we had because we were writing in different places. But because we worked with Eric on more of a creative side rather than a technical one, just being able to record that stuff on a fly as we were writing it in that environment was really good and just having a second opinion to bounce ideas off and he’d contribute little ideas that we could take and work in our own way and just kind of fill things out. It was definitely different processes for each of them but I think it all came out for the best.

There were a lot of hidden messages throughout the album, what was the main message you wanted people to take from it if there was one?

Alex – What were all the messages? That’s what I want to know.

Trenton – I’m curious as to what the hidden ones are.

Alex – I feel that people put hidden messages in things.

Trenton – Lyrically, I’ve always tried to write kind of ambiguously, not in a sense of being purposely vague but just creating an emotional weight behind a song without necessarily having to write about a specific story so that people read their own experiences, their own emotions and it kind of becomes an outlet for those feelings and experiences and that. So of course there’s little pieces of myself in terms of the way I see the world, the way I interact with it and how it affects me but at the same time, for me, it’s about communicating the common threads of that. The idea of Dissonance is that we’re made up of all these different varying, sometimes contradicting, otherwise always complex aspects of ourselves from nature and nurture and the way we experience the world. So I guess it’s about finding those common threads and finding that cohesive big picture that makes us what we are. If people listen and want to take something from it, it’s better to be open to interpretation than try and have a specific “this is what happened, this is how I feel about it” and I think that just kind of becomes boring, almost hard to relate to.

That might have been more what it is yeah, I saw a lot of comments relating to the album online in preparation for this interview that were like “I love this message, I like that message”.

Trenton – Yeah definitely, I’ve seen people comment on a story behind a song and I’m like “yep, not even close” but as long as you’re enjoying it and it means something to you, that’s awesome.

You recently released the video for Perspectives. The record is full of tracks that would make great singles, so how do you choose which to release? Do you pick the ones that stand out to you or is it luck of the draw?

Trenton – I guess it comes down to what’s going to engage the type of audience that we specifically want to reach at that moment in time. I Am just made sense because A; it’s before the record but also it was just energetic and kind of a transition from where we were before to what we were going to do with Dissonance. Going on from there, each single has had a different reason like Degrees of Separation was one that we wanted to push out towards the UK a little bit, it had a bit more of a dance rock vibe and that was kind of in cohesion with the UK tour that we were doing. What else did we do?

Alex – Yeah we were on about Perspectives.

Alex – I don’t think there was any particular reason for it, like it’s got one of the bigger choruses on the album I’d say, in terms of something that people could hook on to, any of the songs we would have been happy to release as singles so what other people may think is more commercial or more acceptable, we were happy to go with.

Trenton – I think part of it was, we were trying to do a little bit of a radio push with that song as well and having a video to coincide with that definitely helps the case. I think that was probably it more than anything, the video treatment that Caleb did for us was fantastic and he pulled it off really, really well.

We always end out interviews with some random questions, are you ready?

If you had to pick one song that made you want to become a musician, what would it be?

Alex– One of the first rock bands I listened to was probably The Police Roxanne so I’ll go with that.

Trenton – Definitely Marvel. Marvel as a cohesive universe but that said, the whole Dark Knight and Christopher Nolan Batman on DC that was brilliant.

Alex – That was cool.

Trenton – And that was definitely my favourite superhero movie so it’s like that’s got the number 1 spot but 2 through 10 is Marvel.

Alex – Some skinny contortionist or something like that. Not that I’m particularly flexible.

Trenton – I was gonna say look at that mane, you’re a bloody lion.

Alex – Okay, I’ll be a human lion or something like that, with the most pathetic roar.

Trenton – I’d probably say the show we did in Singapore a couple of years back. Not so much because of the show, I mean the show was fantastic. When you go to places like that, that are developing markets  that don’t get shows very often, there’s just this insane enthusiasm for everything, whether they know you or not, it’s like they’re going to go to a rock show, regardless of the band. Outside the actual show itself, we were just treated incredibly, we had a shuttle driver and we basically had a tour guide taking us around the island. We stayed in an island hotel, we got a free ride around a Universal Studios there, we got to shortcut all these 45 minute lines, just walked up the exit row, straight onto the ride, straight off and then just not making eye contact with the massive lines of people waiting for the ride.

Alex – That was probably the only real rockstar moment that we’ve had.

Trenton – That was a really cool weekend, we got to eat some really cool food, ventured to a few places we kind of would have never ventured to just because we would have had no idea. So we got to experience both sides of Singapore, it’s a very modern technological kind of place but at the same time it’s also got this great sort of developing nation kind of vibe. It’s a really interesting contrast.

Alex – Like ish. Not like too much trouble, I’ve just had circumstances at home where I had a few too many drinks and I got taken to like a sober house, like a time-out. That’s probably about it really, that’s all I can say without getting sued.

Trenton – Cloudy with a chance of meatballs. Haha that’s just because I’m eating. I don’t know. Like it is outside I guess, kinda clear, a little bit overcast. A good day to go for a wander and then come back and sit and think “yeah, that was good” so content. 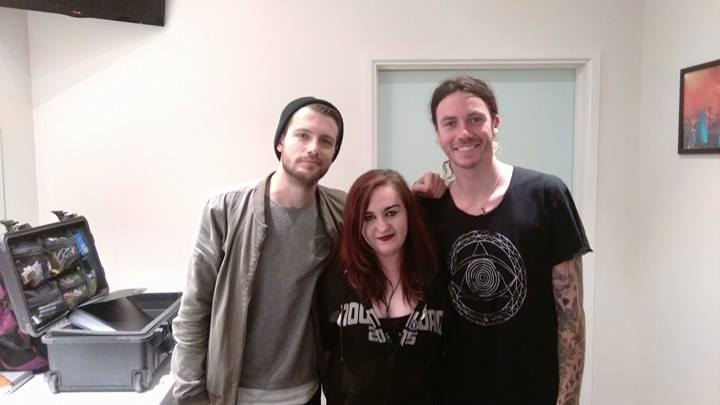