GRLwood take on the A-Z challenge

Our A-Z challenge is a fun way to get to know the many bands and artists out there. Here it’s the turn of GRLwood to tell us all about themselves! 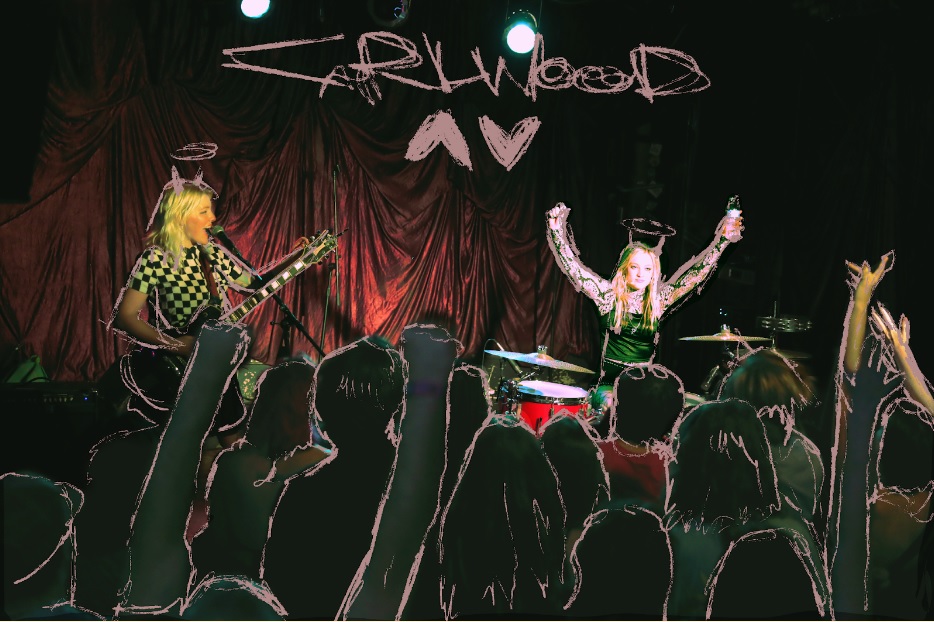 The Safety Dance by Men Without Hats

One single bee released in the room, to add a sense of danger.

The usual, getting my guitar ran over, waking up in the back of a van, getting yelled at by insecure men in my work environment. Who doesn’t deal with that though?

“I Hate My Mom,” because it was written as joke.

The part where I yell out at the crowd and call them ugly but sweet pet names and refer to them as one person.

Tyler, The Creator or Tegan and Sara.

Taxes, mental health, “per my last email”, “did so and so get you the correct files?” “Did the label contact follow through with that last engagement?” “Is there anything else you need from me?” and mental health.

Both of us play every instrument at once. We both do one-man band type stuff. Individually.

Think a lot. Self-sabotage to create disparity in your life for inspiration? I don’t know, I believe to give birth to creation as a metaphorical exhale, you need to also have great experience intake, or inhale.

I was wicked obsessed w Tegan and Sara as a teen. Does that count?

I live under a rock. Bands suck. I listen to FKA Twigs a lot these days.

Yeah Yeah Yeah’s makes sense. Destroy Boys would also make sense. The fun thing about GRLwood is the setlist genre-wise is so malleable I could curate a set for a lot of co-bills to make sense. Bjork too.

An American mall tour. Whatever happened to those? Can we bring those back?

Grains of sand make a beach. The little things come together to make the big thing.

We have some Fall dates in the fixings.

The world is ever-changing, and the only constant is that we change with it, stagnate and die.

Pocket rockets. “GRLwood” is kind of a dick joke, so it’s funny and on-brand

When I got a mic punted into my face, I went to Walgreens, trailing blood behind me. I opened a pack of liquid bandages in the aisle and a butterfly bandage, brought them to the bathroom and put myself back together right there. I paid at the counter, and then returned to the venue and got on stage to perform.

I’m busy making out with my sleep paralysis demon, okay?

Pine marten. What kind of furry am I? Was that the real question? You ever seen a cockroach fursona?