Godeater are about to head out on tour with Harbinger after the release of album All Flesh Is Grass. We had a chat with the band to find out if they’re looking forward to tour, reactions to their new record and how to sustain a vegan lifestyle on the road. 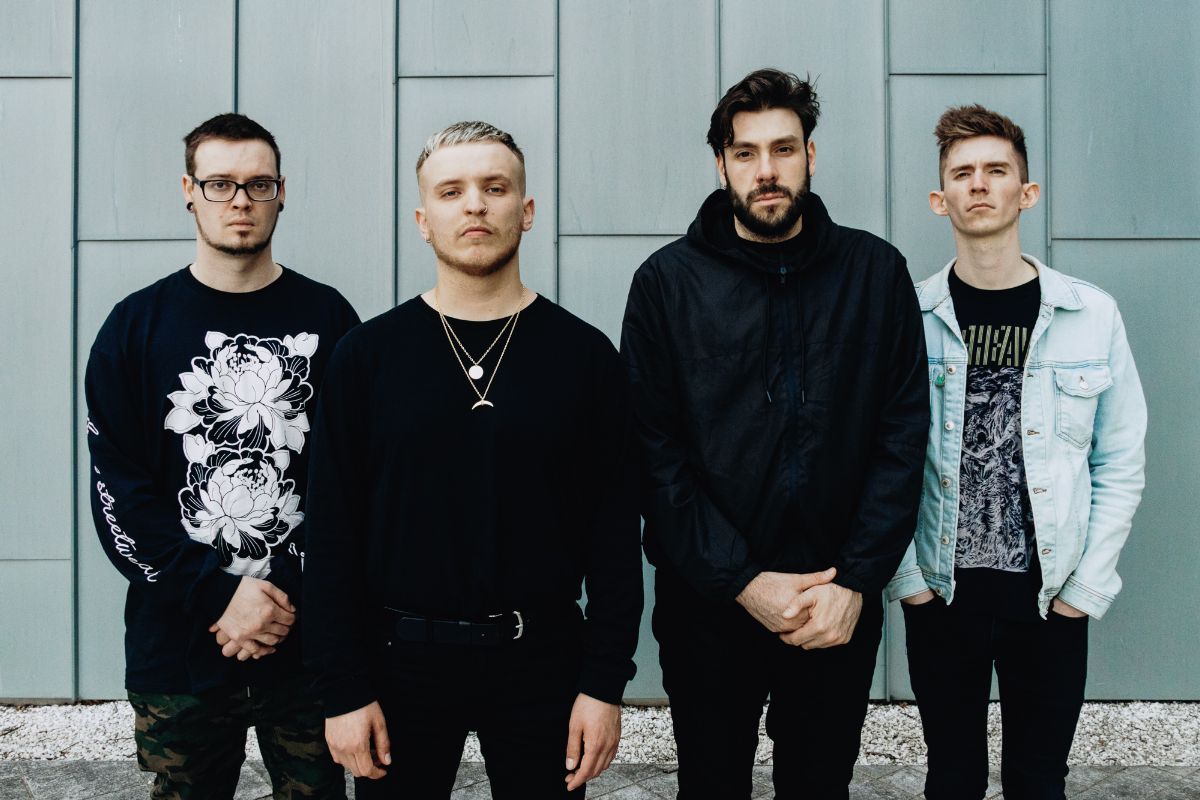 Your debut album All Flesh Is Grass was released at the end of last month, how have you found the reaction to the record?

Josh: It’s been a pretty incredible experience. The support we’ve had across the board has been so gratifying, and it’s nice to see the things we love about the album being loved by others.

Josh: Sort of, yeah. When I originally joined, preparation for the ‘Outerstellar’ EP was well under way and the lyrics had already been completed. When it came to the ‘Exsanguinated’ single, the guys let me take the reins in terms of the lyrical direction. Even before I joined the band I was interested in climate change and many of the subjects most commonly associated with it, so it felt only natural to include it. I liked the idea of doing something that was different for the genre, and I felt like I would be able to perform best if I was writing about something that actually mattered to me. I’m very lucky to be in a band where I’m completely backed by the other members. They couldn’t be more supportive and it really makes it easy to give my best when writing new material.

Aside from the lyrical themes, where did you draw your inspiration for the record?

Ross: I’m influenced by a lot of different bands and artists across a wide range of genres, so I definitely draw from a fairly big pool of influences. Where metal is concerned, my main influences are probably Between the Buried and Me, Cult of Luna and The Black Dahlia Murder. On top of that, I also listen to artists like Susanne Sundfor, Olafur Arnalds or bands like Steely Dan and Fleetwood Mac. Outside of music, I think I also take a lot of inspiration from film, photography and travelling.

We recently put together a Spotify playlist containing some of our biggest influences when writing and recording the album!

Climate change is a constant topic in the media and people ‘in powers’ are finally taking notice. As a band who are passionate about the issue, what do you think should be done to help ease the problem?

Josh: I think it depends who you’re asking. If we’re taking it on a more community/individual level, I think the biggest problem we have is the disconnect between the resources we consume every day, where they come from and how they are created. This disconnect means we don’t respect the toll our use of these resources can take on the land we take them from. To fix that, we need to improve our education system. Unfortunately, I do not believe our government is ready to make these kinds of subjects a priority. This is why peaceful protests and marches are so important in raising these issues to people that wouldn’t otherwise encounter them. Music is what drew me to these subjects in the first place so I hope I can do the same for fans of our music.

What one track on the record do you feel sums up your values and sound most?

Josh: ‘Salvation.’ It’s definitely the moral centrepiece of the record and it informs the rest of the record’s outlook and ties the album together. The lyrics came after I discovered the album’s title in a Bible verse – it totally recalibrated how I think about life and made me feel more at peace with being something small in a huge world. I’m not at all religious, but I do find religion very interesting and I believe there are some messages that whether you subscribe to a religion or not, you can find some peace of mind in. This led me to create the ‘chorus’, and subsequently the rest of the lyrics.

Musically speaking, it’s maybe not the first song I’d show someone new to the band, what with it being nearly eight minutes long, but it definitely showcases a lot of the different aspects of our sound and it’s definitely my favourite on the album.

You’re heading out on tour with Harbinger later this month (which are also the final Harbinger shows with vocalist Thom Gardner), are you looking forward to the tour?

Will: We’ve been friends with Harbinger since our second ever show, so it’s great to finally get out on the road with them and play some more shows together. Sadly these are Thom’s final shows with the band but they always kill it live and I’m sure these shows will be no different.

A lot of conversations with artists around this issue have seen the replies split down the middle. As a band who are all vegetarian or vegan, do you find sustaining your diet hard on tour or do you find it easy to do?

Josh: It definitely can be! I absolutely dread eating at motorway service stations because I’m usually limited to chips and crisps, loose fruit or a vegan sausage roll from Greggs if I’m really lucky. Eating stuff like that on repeat makes you feel shitty and tired and that’s just not what you want when you’re on your way to play a show.

It’s much harder to avoid eating just beige food when you’re on the road, but when you’re actually in a city it can be fun. I use this app called Happy Cow that shows you all the vegan/veggie option restaurants in a certain area which is really handy, so I definitely have some favourites that I’m looking forward to visiting again on the tour. We’ve also been really lucky with some of the riders we’ve had recently, it’s always mega appreciated on our end when you can tell a promoter has made the effort!

Will: Being prepared is the best way really. It’s easy to rely on junk food but after a few days you end up feeling really bad and the performance can suffer. Mixed nuts and dried fruit are your best friend, as well as some protein powder for an extra nutritional boost.