Following the release of their debut single Love You Right, we asked US rockers Forts Like Vana to tell us more about themselves by taking on our A-Z challenge! A song that made you want to make music?: Logan: I think for me back in like 2002 when I heard Harder to Breathe by Maroon 5 it […] 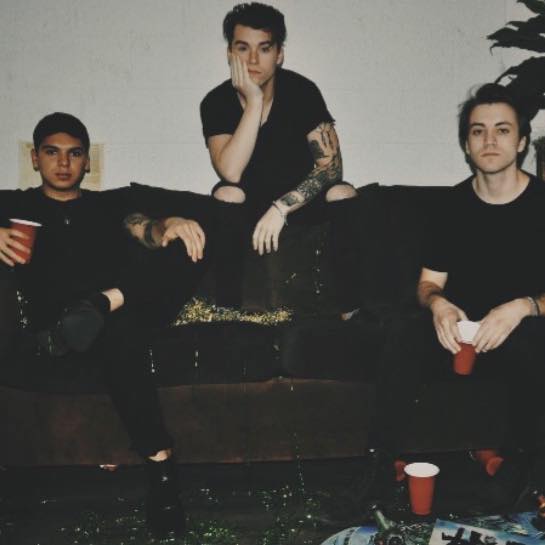 Following the release of their debut single Love You Right, we asked US rockers Forts Like Vana to tell us more about themselves by taking on our A-Z challenge!

A song that made you want to make music?:

Logan: I think for me back in like 2002 when I heard Harder to Breathe by Maroon 5 it was the first time I thought about music seriously. Either that or Aaron Carter’s song I Want Candy.

Probably some left over chips and salsa that they forgot about being in there from the show last night. We’re not fancy people lol.

We we’re driving back from our first show in Texas, and about an hour in to the drive we get pulled over. The cops walk over to talk to us and instead of getting any warnings or tickets we got them to follow our music on Spotify and turned them into fans. So freaking nuts.

Derek: Probably is in You & I when it says “I could walk a thousand miles and not be too tired to want you”. I think its just such a clever way to express yourself.

Definitely Again. We were not planning on writing a song and Derek just messed around and played the guitar lick. And then out came the tune.

It depends on the night! We love to feed off the crowds energy and every crowd resonates to a new song.

Dang that’s tough. Since we’re such a new band we haven’t even thought about that. You have officially stumped us lol.

Probably accidentally matching clothes with your bandmates in public. This literally happens on a daily basis…

Probably one of the most random ones is that Logan is colorblind. That dude cant match his clothes to save his life.

These jokes probably aren’t appropriate for reading…. so just imagine its a really funny joke haha

Have fun, be honest, and let it naturally come out.

We have so many different influences that we look up to it would be too many to count. Honestly we feel the most inspired when we’re jamming together.

POLR, its some dope stuff.

We’d be down to open for anyone cool. We just love playing shows.

We’d love to hit up everywhere. Touring is the best part to us.

“Hi, if you are reading this, check out our music on Spotify and share it with a friend or five. Thank you <3” #shamelesspromo

We think too many bands have random meanings for the titles of their albums. So because of that we felt like our title should have absolutely nothing to do with the songs. So out came This + This = That.

Our next show is at The End in Nashville TN. The person who comes from the farthest place to the show is gonna get a lot of cool merch from us.

Nah, close the yearbook. If old is better than you can go get rid of your smartphone and read a newspaper or something.

It would be cool to hear a super jazzy version of Love You Right. That would be sick.

Our fans mean the world to us. We love the Fortress Family.

Probably a bat because they like to just hang out.