Gareth spoke to Ipswich rockers Fenrir about their current tour, their upcoming EP and of course, ended the interview with a quickfire found… 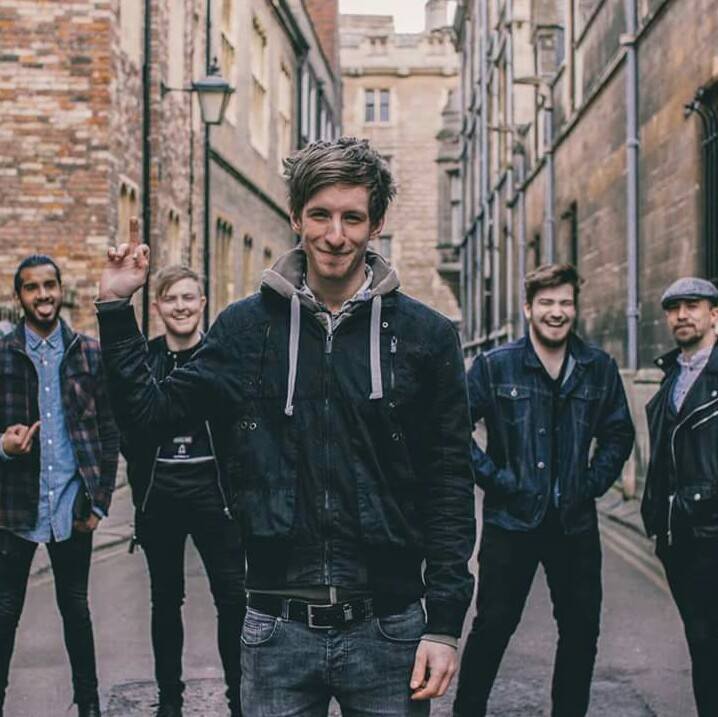 Gareth spoke to Ipswich rockers Fenrir about their current tour, their upcoming EP and of course, ended the interview with a quickfire found…

How are you today?

So how has the tour been going?

Ben – Yeah, I think good. We got our first two headline (as this tour is a rotating head line with Forty Four Hours and Gonzo) out the way at the beginning (of the tour) and had really good turn outs.

Mike – We have been having a really good time, Surya In London was a really nice venue. But when we got there it was all taped off,  crime scene. Someone had been stabbed, so we couldn’t going in for hours. (Jokingly) How inconsiderate.

So this is your first time playing in Glasgow. Excited? Nervous?

Mike – We are really excited. This is the one I was most looking forward too. Because it is the furthest away, it’s a little bit different I suppose.  Plus we can say we technically have played in another country.

So for people who haven’t heard you, as there are likely to be a few here in Glasgow. How would you describable yourself as a band?

Ben – It’s Alt Rock but its like, as I suppose every other bands says. We put our own spin on it but, I think we really do fight to do things our own way.

Mike – We try and make every song a little bit different from next, at (the very) least.

Ben – We all have different influences, and especially with our newer stuff there is Jazz to metal influences.

Mike – Yeah, try to shake things up, more like you see in the bigger, like massive label bands. Like every song has that something little bit different to give.

Mike – We try not to stick to one sound think for too long, we try to evolve.

You have an EP ‘The Rise Part 1‘ coming out. Are you excited?

Mike – We recorded it last year in August.

Ben – We have been sitting on it a along time.

Mike – We just didn’t what to do. We had that typical band problem, where you loose moment. And we kind of stop for about six months.

Ben – We made the mistake of recording a single and didn’t want to release it without the coverage we though it deserved. So we decided to be patience with this one and put some PR behind it.

Mike – Yeah, we took our time with it. We got with Domino PR and got some moment behind it and then a video. We are recording another one now as well, while we are on the road. We are just learning from our mistakes from last time with the first EP.

I saw that you guys stayed in a castle last night. Was that all part of the tour?

Ben – That was a last minute “We need somewhere to stay.” I just happen to Google places to stay on route to Glasgow from Manchester.

Mike – It was the first one that came up and it look decent. And we were like £90 for six beds. We were like, that looks lovely. So yeah, go for it. Then we flicked though the photos, there was a swimming pool and a gym. It was massive, it was a house within a hotel, like a big stately home.

Ben – We had two floors, three bedrooms, kitchen. The works. I think we got like three hours sleep.

Mike – Yeah, we just stayed up all night, just walking around going. “This is fucking amazing!”

So was that the best thing about the tour so far?

Ben – Yeah, other than actually playing.

Mike – It was actually the worst night sleep I have had.

Ben – Yeah, that because we didn’t sleep. My kidneys hurt from because I laugh so much last night. A mixture of over-tiredness and from being in a cool place.

Mike – It so funny. We haven’t even drunk all this tour. Maybe a couple of beers between the six of us.

I like to end the interview with the big questions. Which do you prefer? Crowd surfing, mosh pit, circle pit or wall of death?

Mike – We have done a wall of death a couple of times.

Ben – We had a wall of death, we had mosh pits and technically circle pits as well.

Mike – I think I prefer the mosh pits. Just because it involves everyone.

Ben – I don’t know, the wall of death involves everyone.

Mike – You have to be a little more into it (mosh pits) don’t you just to keep it going. A wall of death everyone just go *smashes both hands together* aw fuck it.

Ben – I have tried it. I have my doubts… I would say mosh pits then as everyone can be involved.

Are there three bands you have not toured with yet that your really want to?

Mike – Top of our list is Anavae, aren’t they?!

(The both laugh at an in joke)

Ben – I would say bands around our size; Anavae I would like to tour with.

Mike – We have spoken to them about it before. It’s just trying to get it done. There one I would really like to tour with.  We met the guys in More Than Most, we played a show a few month ago with them and we would like to go on tour with them at some point.

Ben – And Don Bronco as that would be a right laugh.

And the Last Question. Guitar Solo or Drum Solo?

Ben – Yeah, but guitar solos are so, I don’t know. Like you can have a really nice ampdemic guitar bit and then a crazy as fuck drum solo.

Mike – Yeah, if you said drum or sax. It would be a sax but, we don’t have a sax so I would say drums.