Faulkner take on the A-Z challenge!

Following the release of their new single Hot Streak, we asked American alt-rockers Faulkner to take on our A-Z challenge so we can find out more! A song that made you want to make music?   “Bullet with Butterfly Wings” by The Smashing Pumpkins made me want to become a drummer after having played guitar for a few years. […] 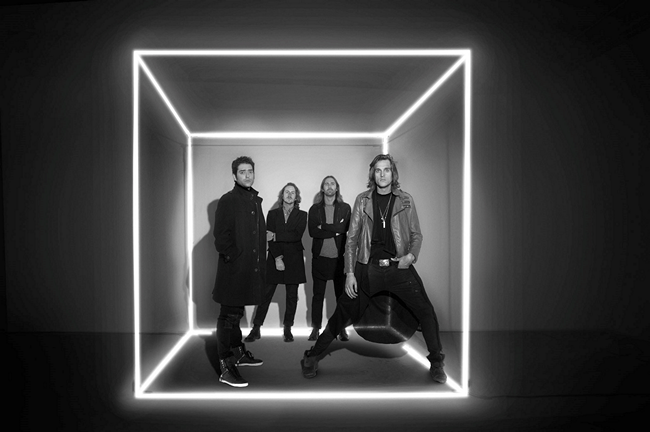 Following the release of their new single Hot Streak, we asked American alt-rockers Faulkner to take on our A-Z challenge so we can find out more!

If there isn’t a puppy for us to play with in the green room, what’s the point …?

There are many forms of crazy … Filming a live concert for MTV on the helipad with no guard-rails in one of the tallest buildings in downtown LA definitely is up there on the list of craziest moments.

“I’m stoned when I give a speech”.

“I’m Stoned” … that one happened pretty quickly! Lucas showed up with those lyrics and an idea on guitar and the rest of the song sort of just happened on its own at a rehearsal.

First of all, I appreciate the Canadian spelling of “favourite”, being a Canadian and all …my auto-correct always corrects me now.  I guess every time we come out with a new song it becomes a favourite in the set. “Hot Streak” is my current favorite song in the set at the moment but that will probably soon change once these new songs we have in the works come out.

That Lucas can drink an entire bottle of tequila and not get drunk​.

Christian often gets approached with demos because people think he is the hitmaker Max Martin. Including Hans Zimmer…

Eric has never met an instrument he couldn’t play in a few minutes of practice – so taking bets on how fast he’ll learn the new instrument.

We’ve flown from LA to NY many times to just play ONE song!

In person, RZA for sure. I’ve learned so much from our sessions with him.

Follow our playlist, “Getting Away.” on Spotify to see our fav bands (https://open.spotify.com/user/lucasasher/playlist/0dliRRW0wgOnnCu5FG8aXw).

It’s been a while since we’ve been to Europe. I think we are due for a European tour.

“Go farther, go further, go harder. Is that not why we came? And if not, then why bother?” – Jay Z

I guess it’s always natural to think that it was always better before, but I believe that we are in great period in time when it comes to music. So many things are changing that is exciting for music.

We came out with Hot Streak pills … when you take these, you are unstoppable – you will be on a Hot Streak!

Would love the Aphex Twin version of them.

It may sound cliché, but they mean the world to us. It’s great meeting them after shows and hearing how some of our songs mean to them.

Absolutely. If you are not breaking bones on stage, what are you doing?