Farewell, My Love take on the A-Z challenge

We caught up with frontman Chad Kowal to challenge him to take on our A-Z questionnaire! 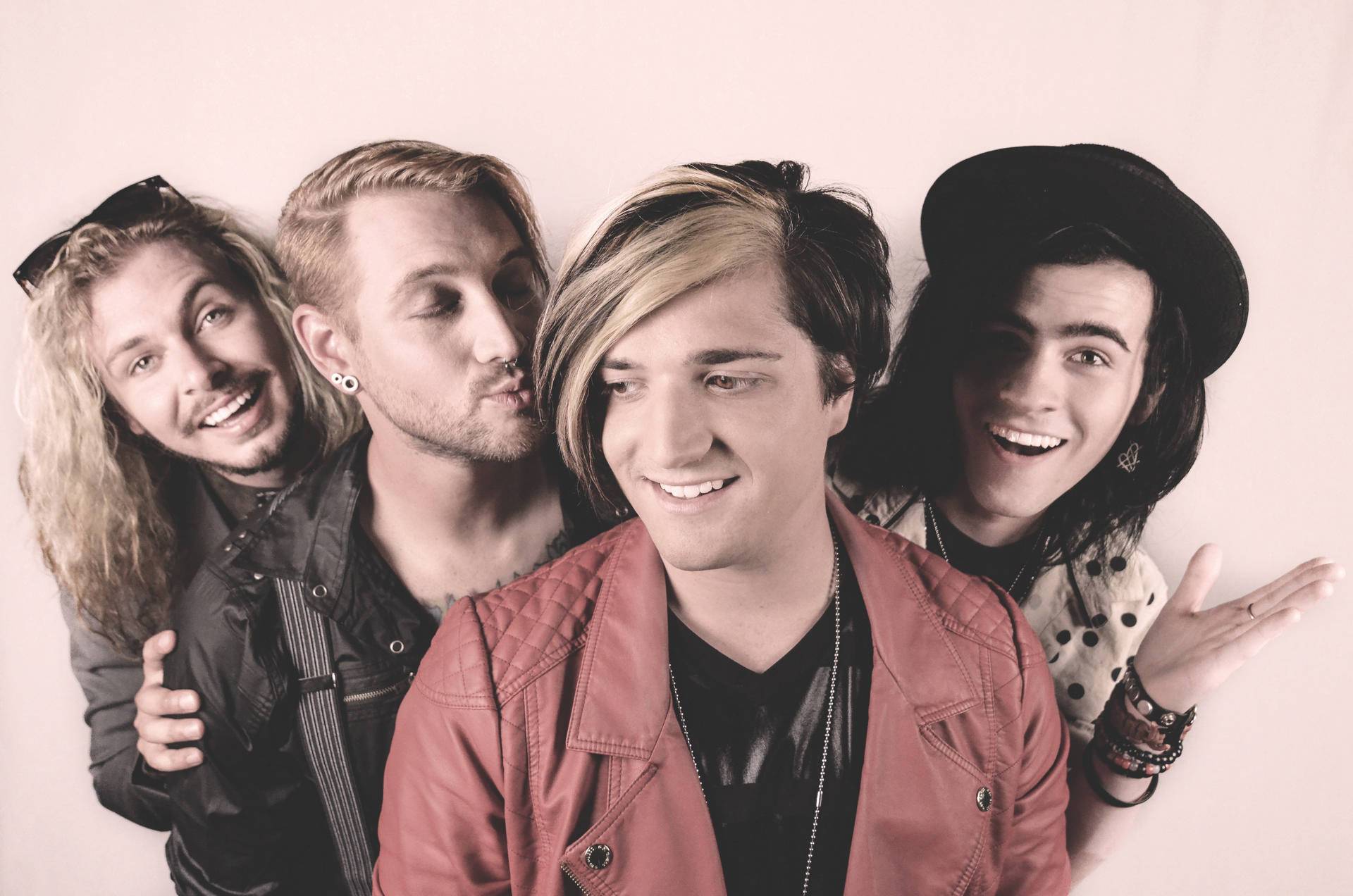 July 2015 saw Arizona rockers Farewell, My Love amaze the UK crowds with their incredible talent when they joined The Dead XIII and Ashestoangels on the British Horror Story Tour. Fast forward 11 months and the band have created their own record label, CRCL Records, and are set to release new album Above it All on July 22. The quartet have also just released the video for Burn Out the Night which was filmed in Bristol on the last date of the aforementioned tour.

We caught up with frontman Chad Kowal to challenge him to take on our A-Z questionnaire.

Mr. Brightside by The Killers.

We actually have never had one thus far in our career, but I imagine once we have the opportunity, pizza will no longer be our nightly meal.

I would say one of the craziest things I’ve ever experienced was playing a nearly sold out show in London, England & walking on the crowd for the first time. Definitely an incredible moment & I’ll never forget it.

“Father I know I’m not ideal, but the hurt I feel is real, let the pain pledge to heal. Father the panic sets in deep when I confess about my dreams, knowing how much they don’t mean to you” from our song “Last Goodbye” on our New Album “Above It All”.

I would say the easiest song I’ve ever written is a song called “Maybe I” off of our New Album “Above It All”. The song is mainly about reaching for your dreams & working hard towards them every single day, even with encountering great struggles & set backs. I think the reason it was easy to write is because it’s basically the story of my life & this band.

Definitely “Burn Out The Night”. It’s one of the fastest tempo, highest energy songs we have ever written & that makes it great live.

Probably Gerard Way or Davey Havok. They’ve both really helped shape who I am as a vocalist & a person.

I would say that the hardest part of being in a band is being patient with things & keeping your head up in the darker times. The music industry is one of the most difficult industries to succeed in, especially when you’re like us & doing everything on your own. Luckily I have great band mates & we always hold each other up during those tough times.

Our guitarist London used to be an intern at a classic car restoration shop & has a love for classic cars.

I would say that majority of our humor comes from the YouTube channels GoodNeighborStuff & Sick Animation. We’re constantly quoting their videos in the van on tour haha.

Always try to make it relatable to a wide variety of people & play a style of music that you fully believe in. Fans can tell when you’re passionate about what you write.

Probably when we toured the UK, but it was absolutely worth the long flight. With all the fans we saw & new friends we made, I wouldn’t trade it for anything.

A band called The Struts from the UK. They’re bringing back rock in a way that the industry hasn’t seen in a very long time & it’s very refreshing. I’m excited to see new opportunities arise for other rock bands because of their acceptance in a mainstream audience.

Definitely My Chemical Romance, if they were still together.

Wherever our fans would like to see us play. We love performing in new places & meeting new people as well as getting to spend time with the fans that have followed us since the beginning. Nothing is more rewarding than meeting the people that support us & give us the opportunity to do what we love.

We’ve been through so much as a band. Things that I think would cause most bands to crumble, but we’ve kept our heads high. We’ve proven that if you really want it, you can find the strength inside of you to rise above any hard times you may go through & come out on top in the end.

As of now we have one confirmed show in Anaheim, CA on October 22nd at Chain Reaction with I Am Ghost. More shows are in the works & we can’t wait to get back out there to see our fans again!

I think there are positive & negative things I have to say about both the old days of the industry & the new. Overall, fans need to realize that unless they continue to support the artists they enjoy by going to their shows & buying their albums, the industry will eventually die.

I think the most unusual merchandise I’ve ever seen is KISS toilet paper haha.

I would love to have someone do a dance remix of any of our new songs from “Above It All”, that would be sick!

They mean everything to me. Nothing this band has achieved would be possible without them.

We are very good at being on time & usually are one of the first bands to get there for load in haha.

Probably a monkey because they’re hyper & they always come together in the end.