Our A-Z challenge is a fun way to get to know the many bands and artists out there. Here its the turn of Evol Walks to tell us all about themselves! 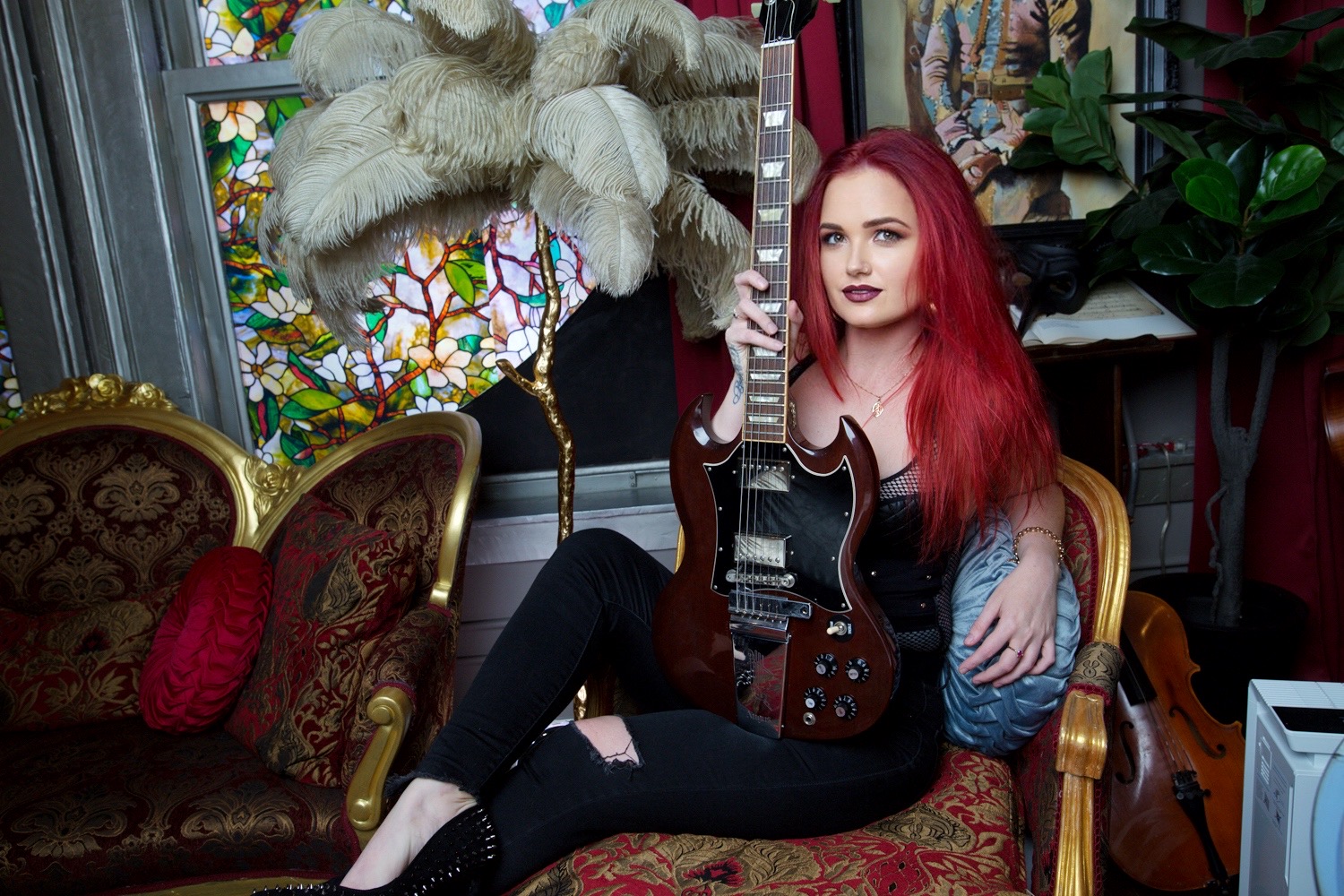 I am not sure I can pinpoint an exact song. I just always knew it was something I wanted to do.

We played an acoustic show in Sweden before our evening gig. Our rider included a gourmet meal prepared by a Chef, anything we wanted to drink as well as snacks AND a beautiful hotel room!

There have been so many crazy moments – I think it depends on how this question is interpreted? ‘Craziest’ pinch me moment is a tie for when I was invited to the USA to showcase when I was 22… I ended up making it my home! The other is when the exact same thing happened almost 7 years later when I was asked to come to Stockholm to work on new material.
Most insane moment? On tour in Australia we ended up closing down the bar we’d played at and throwing machetes at the wall. The bar owner was totally fine with it haha.

I try and make each word count when I am writing lyrics- which is so hard! I am a perfectionist in that way. The track ‘Without Me’ definitely has some of the most passionate lyrics I’ve written on a subject. Our last single, ‘Drag Me Down’, I wrote ‘Drag me down, let me drown, I have found I am lost to you’. That was a very powerful lyric to me. I was feeling particularly tormented and really wanted to convey that to whoever was listening.

I was 11 or 12 and I had just started playing guitar. I wrote this super simple, fingerpicked chord progression- Am, C, G, D (of COURSE!! HAHAHA) and something like ‘Shadows leaving on broken wings, childhood imaginings, wistful dreams.” I made a whole song and went to a studio and recorded it with my Fender strat set to clean. I was so proud of that one! Haha. Looking back I am wondering what on earth my 12 year old self was thinking haha

Each song is a favourite but I LOVE playing ‘Destination Nowhere’ or ‘Surrender’. These two have so much movement to them, its easy to bang my head and get lost in the music.

Oooh! Well, Chris Wetterstrom from Defueld would be SICK (we might have something coming…) otherwise I would love to work with Davey Havok (AFI) or The Halo Effect. Dream come true.

People not taking what you do seriously. Like music is just some fun hobby that I do on weekends and not my sole purpose of being. 😉

Bad ones. Dad jokes are my specialty

I think everyone is different. For me- honesty. My song writing has to be honest otherwise it feels forced and I don’t end up finishing what I am working on.

I find myself constantly inspired whenever I work with other musicians. Everyone brings their own flavour to the table and it would be impossible to pick just one moment!

If you’re into Indie and love Joy Division, I would check out the Aussie band Girl and Girl. They are truly brilliant!

I would LOVE to open for Metallica one day! Haha, or AC/DC.

I would love to tour through the whole USA. And I’d love to go back to Europe and hit the spots I didn’t get to last time.

Do what you love. Do it passionately.

It is a song about putting something back in its place – the depths of hell in this case haha. I wanted to keep it straight to the point.

Presently we don’t have any shows booked but we will most likely plan something in Los Angeles in October or November.

I definitely think that musicians were able to focus on being musicians rather than worrying about also being marketing geniuses/content creators/influencers/viral stars etc. A lot of our focus is pulled away these days.

I would LOVE to have some Pop Vinyls! A fan made me one of myself and ever since I’ve thought that would be cool

I would love to do a soft, acoustic version of one of our heavier tracks ‘Surrender’. Make it super mournful.

Without people who love the music, there isn’t really a point to keep going. They are everything!

I am very lucky in that respect- I had a nasty bump from headbutting a headstock but other than that I’ve been good.

I would like to say Wolf… but I’m probably closer to an Otter.