Our A-Z challenge is a fun way to get to know the many bands and artists out there. Here its the turn of Ego Kill Talent to let us know all about themselves. 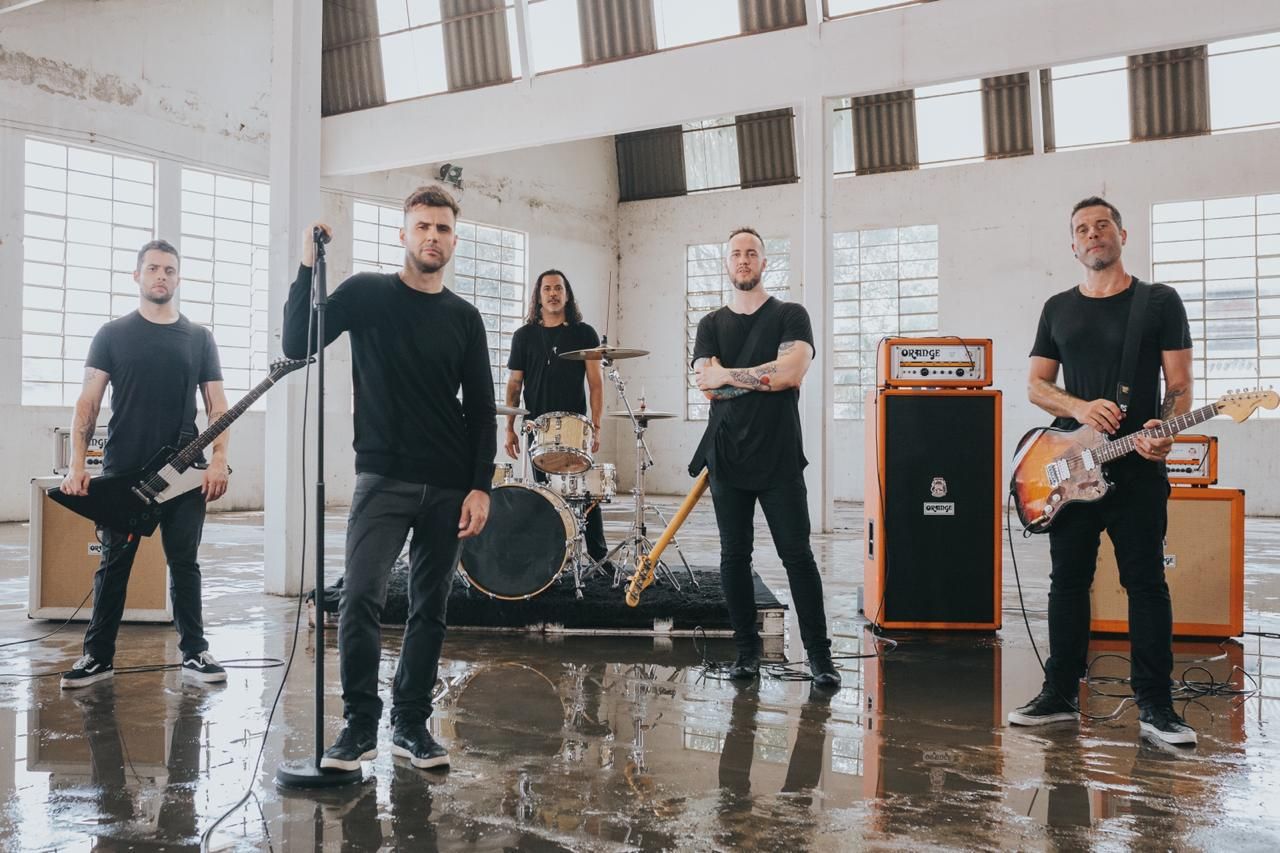 There were a few, especially when I was 10 watching the brand new MTV Brasil, so I’ll cite 3: Metallica‘s “Enter Sandman“, Guns n’ Roses‘ “Paradise City” and Faith No More‘s “Epic“.

Most of them are amazing, we have always been taken very good care of in that matter, but to mention names, both Rock in Rio festivals we did were incredible.

When we were at the Atacama Desert in Chile shooting the video for Last Ride, we would wake up every day at 4AM to leave the hotel, shoot during daylight and go back, everyone exhausted. Outside the hotel there was no internet and on one day we came back and all our cell phones were just going crazy with tons of messages popping up. That was when the tour with the Foo Fighters and Queens of the Stone Age was confirmed, we knew about it a few hours later. We were expecting to play 2 or 3 shows on that tour but we ended up doing all of them. Playing a drive-in concert in a stadium for hundreds of cars was also crazy…. cool but crazy.

“When we love we shine”, I absolutely love that phrase and that’s a very true statement. In the end of the day it doesn’t matter if you have bills to pay, problems to solve, if you’re angry at something, love is the cure for our soul and it really is what makes us shine. I tend to always go back to that phrase as a reminder when things get a little out of control.

There’s a song to be released on the next album that was written a few days before we entered 606 Studios to record. It just happened very quickly and the song was written and arranged in one afternoon.

On drums, “The Searcher“. On bass, “Heroes, Kings and Gods“.

That’s a tough one….. James Hetfield, Dave Grohl and Lenny Kravitz would be amazing.

Not playing shows because of a pandemic is definitely a VERY hard one! Also when you’re away from home and from your routine for some time that may get things a little out of balance and you might need some time to get things back on track.

Jonathan, our singer, is the son of a truck driver and he is absolutely CRAZY about trucks.

Just let it come. I believe all the songs are out there and you just need to channel them. That and, of course, mastering your instrument.

Tommy Aldridge, drummer of Whitesnake. I want to be 70 hitting my drums like he does!

A duo called Two Step Flow, a bassist and a drummer. They’re great.

Metallica. It’s a personal dream of mine, they’re my favourite band EVER. These guys have done so much for me… So yes, they’re the ideal band to open for, in my opinion.

Japan, for sure. Their culture is fascinating and I’ve always heard about how passionate people are for music there.

This situation we’re in in the world right now is a huge test for all of us. Just have in mind that all things pass (good and bad), stay true to your beliefs and love, love, love.

“The Dance Between Extremes” is all about dealing with life really. Life is made of extremes and dualities and we’re everywhere in between them – good and bad, beautiful and ugly, happiness and sadness, etc. Accepting those extremes and learning how to live in and between them is a life long exercise.

I grew up listening to 80’s and 90’s music and I have an affective bond with that era, but I don’t think it’s better, it’s just different. A lot of today’s music don’t speak to me so much, but there’s also music from the 70’s, 80’s, 90’s that doesn’t as well. One thing I miss a little is the rawness from the old days, before computers were fixing everything, artists had to really nail it and the imperfections were all there. That’s one thing that we talked about with Steve Evetts, producer of our 2 albums: to have things organic. We’re lucky enough to work with a producer that thinks alike. Everything you hear on both albums was actually played the way it’s printed. We’re all 80’s and 90’s kids so for us that’s what works, but at the same time we also listen to a lot of today’s music and we’re open to experimenting with some of the aesthetics of it.

We don’t have any but I don’t think anyone can beat the Rammstein box set. That’s the most unusual merch I’ve ever seen.

Not really, maybe having a little more of this or that riff, but the songs are pretty good the way they are.

I think fans and music are the fuel for an artist, and fans are responsible for artists to live from their music, so they mean everything. Besides that, having people identified with your music or whatever art you make, is magical. Knowing that someone out there knows what you’re expressing and shivers every time they listen to your music is absolutely priceless.

I had an asthma attack on stage once and it was really bad. We were playing “Last Ride“, which was the last song on the set with me on drums and I had to stop in the middle of the song, I couldn’t breathe. The guys kept playing and I came back for the last chorus. I had moved on the previous day and It was very stressful, that’s why I had the attack. I went from the stage straight to the hospital. I also have a synovial cyst from playing for many years. I’ll finally have it removed this month! The rest of the guys are fine. Hahaha!

None of us, for sure. We were never late for a show because of our fault. I remember one show at a festival that was VERY late because the promoter did not attend our rider, so we didn’t go up on stage until he did. He was really pissed off and the show was great!