Our A-Z challenge is a fun way to get to know the many artists out there. Here it is the turn of Dude Trips to take on the mammoth interview. 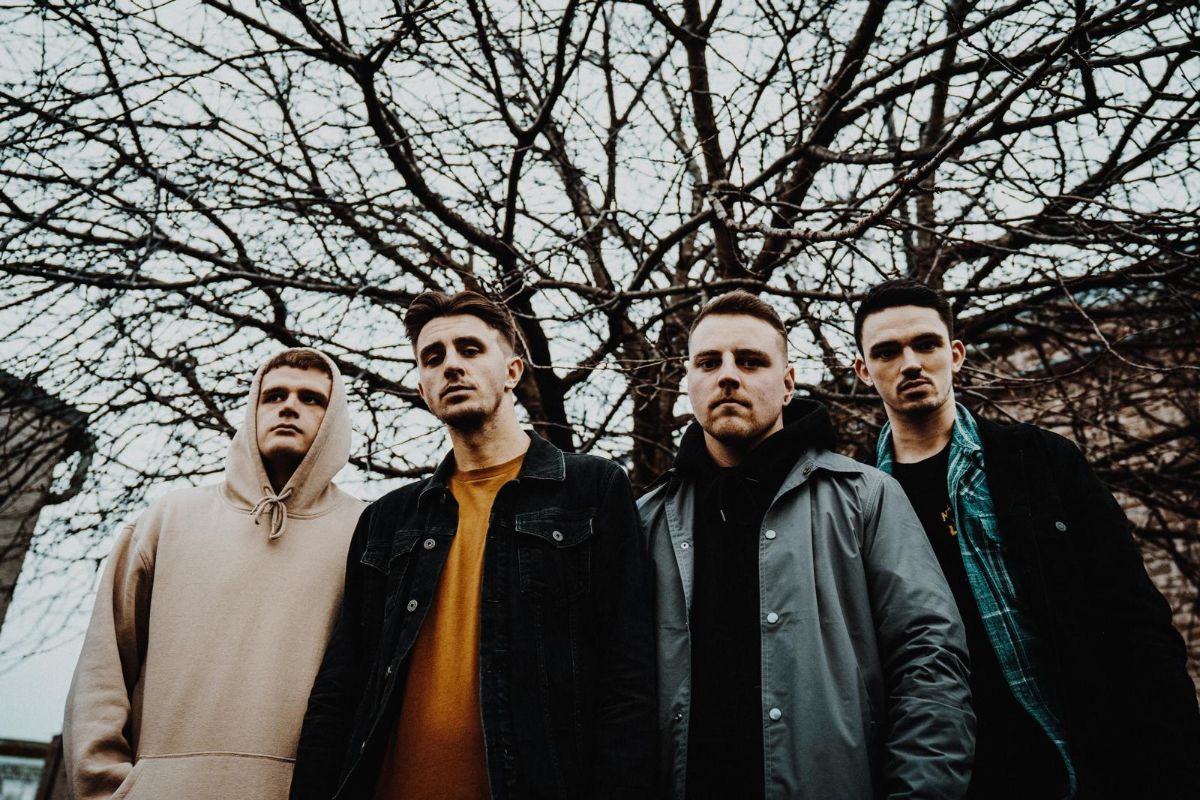 Tunbridge Wells – they stacked a bag full of food that lasted the duration of the tour.

After playing 2 shows in Glasgow in one day, we decided to stop off in Dundee for a night out. Long story short, the hotel wouldn’t let us in at 4am so we resorted to stealing furniture out of a skip, to then light a fire down an alleyway to keep warm.

Here’s two cause we have so many: ‘Do you remember the funeral, do you remember that day? Is it fresh like the flowers, the ones that decorated his name’
‘I don’t think I was ready, smallest casket I’d ever seen. Josh it don’t look good on you, more than your girlfriend’s skinny jeans.’

Probably one of the old ones, ‘Glory Days’ springs to mind…everything just went smoothly.

‘Silhouette’ but I’m sure that’ll change when the album comes out.

Phoebe Bridgers would be a dream come true.

As a band it would probably be where we live. We’re about 200 miles north of Glasgow in the arse end of nowhere.

Sean Mitchell (drummer) can sing Meat loaf’s Bat Out Of Hell on karaoke without looking at the screen.

Inside jokes change from tour to tour, but we have a lot of fun taking the piss out of the accents in the cities we play.

We always write about true things. Honest meaningful lyrics & trusting your gut when a song’s finished would be a few key factors.

The longest distance would of been our first date of our last tour. It took 10 and a half hours to travel from our hometown to Tunbridge Wells. It was the hottest day of the year so it would of been great to be in a beer garden that day!

Scott Hutchinson of Frightened Rabbit definitely inspired me to pick up a guitar and write lyrics.

Canada Square are a relatively new emo band that we’re big fans of.

Either Ceres or The Wonder Years would be class!

America would be a dream come true.

‘Find what you love, and let it kill you’

We’ve all been through personal struggles throughout our time as a band and it became quite clear that the band was mostly the only thing we had left to keep us going.

You can catch as live on our UK tour which kicks off at Aberdeen – Tunnels on the 8th of June.

We don’t agree but there’s undoubtedly some great older music that gives you memories.

We love unusual merchandise, in fact we have some coming real soon.

An acoustic variation of a few songs would be great and we plan on doing one in the near future.

Everything, as cliche as it sounds we wouldn’t be here without our fans.

We’ve had no major injuries relating to the band apart from little things like a bass cab landing on Shaun’s ankle. But Scott (guitarist) has had the most X-rays/broken bones outside the band.

We’re quite timid and shy so I’d say a koala.