To find out more about Driftwood Pyre, we asked vocalist/guitarist Liam Watkins to tell us more by taking on the A-Z challenge! A SONG WHICH MADE YOU WANT TO MAKE MUSIC: The earliest memory I have of listening to something, finding myself playing air guitar, and thrashing around my room was the first time I […] 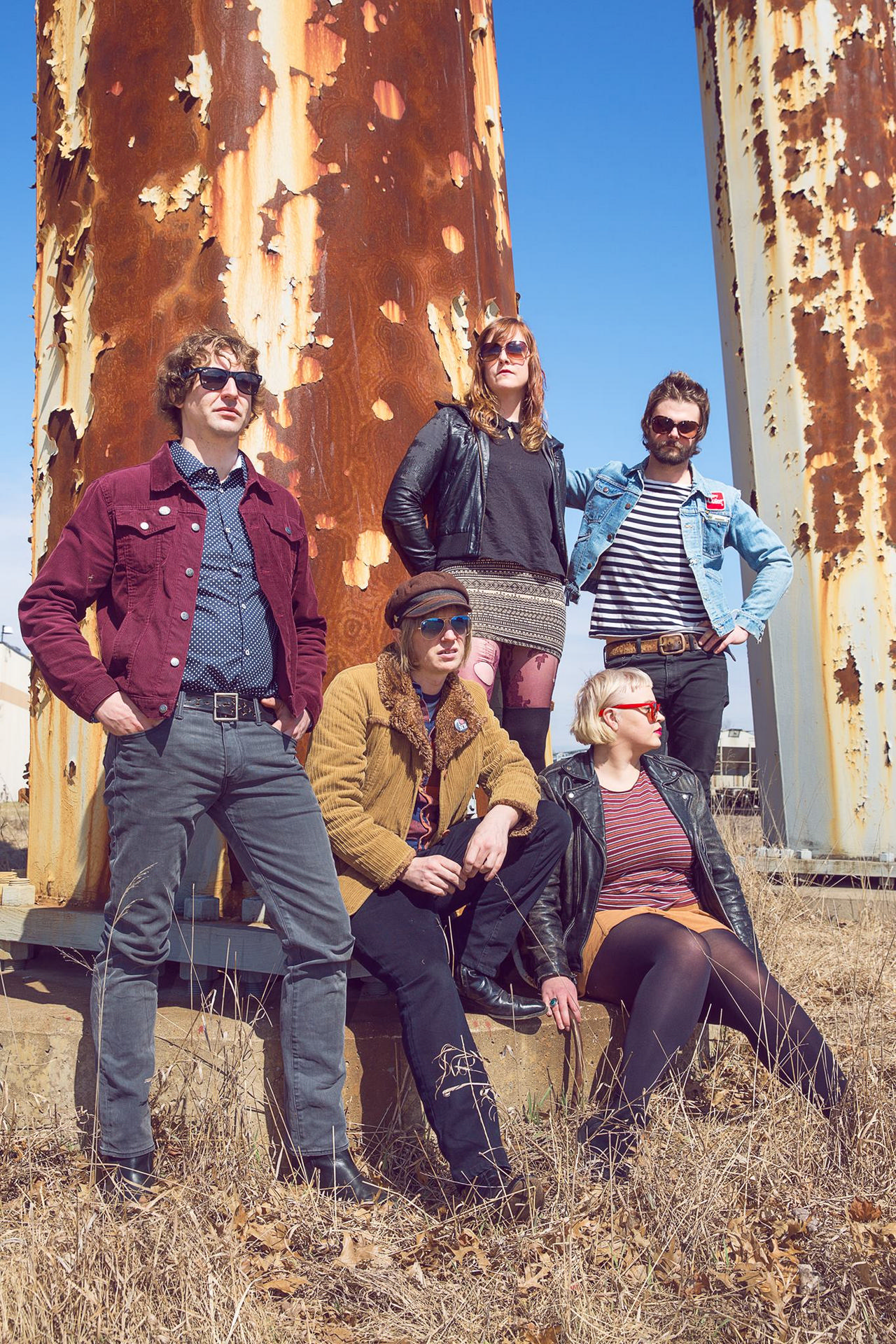 To find out more about Driftwood Pyre, we asked vocalist/guitarist Liam Watkins to tell us more by taking on the A-Z challenge!

The earliest memory I have of listening to something, finding myself playing air guitar, and thrashing around my room was the first time I ever saw the footage of Nirvana playing Aneurysm at Redding 92 on MTV. Must have been the mid 90’s. I remember thinking, “I want to feel like this all the time” and even now that song still gives me chills.

Our show at SMAC in Evreux, France. On top of our regular rider they filled our dressing room with all sorts of french candy like gummy Eiffel Towers.

The weirdest night I have had in this band was meeting a dog in Belgium that we had met two weeks earlier in Switzerland, but the dog was with completely different people. We thought it was an odd
coincidence that the dog had the same name and looked identical to the dog we met in Switzerland. Right after this happened one of the girls we were staying with said she used to go to school in Scotland. Being from Scotland myself I asked her where and it turned out she lived in the same tiny town I grew up in as a kid. At this point I was a few drinks in and was convinced that I was on a hidden camera show.

Karmaceutical also from our first album. It was one of those moments where you sit down with a guitar and you almost feel possessed. The whole song just happened and the lyrics came pouring out as if someone had handed it to me so Aaron and I recorded the demo that day.

The Tide / Strangeways. The vibe of the two songs and the way they bleed together really gets the energy up. Its also usually the last song in the set so that means I can take a piss and get another
drink.

I’d love to work with Justine Frischmann of Elastica or Kim Deal of The Breeders.

The hardest thing about being in a band is the music industry/major labels and corporate radio.

Aaron can play every instrument in the band.

We make a lot of jokes about our manager Todd Bergwerf and his once Miami coke paradise club, Dreamcatchers.

Exactly 4,928 miles or 7,930 Kilometers. To get to our first show of tour we had to travel from Minneapolis, Reykjavik, Amsterdam and Brussels to get to Toulouse.

I got to see Sonic Youth at First Avenue once. Seeing Kim, Thurston and Lee play in person was incredible.

The Carnegies from Minnneapolis. Fronted by twin brothers Royce and Roman Mars. These guys are young, some members not even old enough to drink but their sound is so authentic and they are
great to watch live.

I know Joe really wants to open for Connan Mockasin.

UK and Ireland. We have a lot of family, friends and fans we would love to come play for.

“If I could just say a few words, I’d be a better public speaker” ~Homer Simpson

I called the EP Strangeways because the song is about police brutality and I wrote it right around the time of the anniversary of the Strangeways prison riot of 1990 in Manchester England.

I guess there has always been great tunes and shit music but the music game has changed so drastically in almost every aspect so honestly I cant even compare the two. Good tunes are good tunes.

Once we randomly played a polka version of our song The Day Nico Died. It was funny, but I wouldn’t want to do it again.

Our fans and their support give us the drive to continue making music and touring. Without them nothing is possible.

X-RAYS OR ANY TREATMENTS NEEDED FOR BAND RELATED
INJURIES:

X-Rays require health insurance and being Americans, we don’t have any.

Usually the Minnesota Department of Transportation.