With the release of Death Spells’ first ever full length album ‘Nothing Above, Nothing Below’ and their first ever tour commencing at the time of this interview. I had a chance to have a talk to the dyamic duo, James and Frank on their first day of tour in Glasgow. 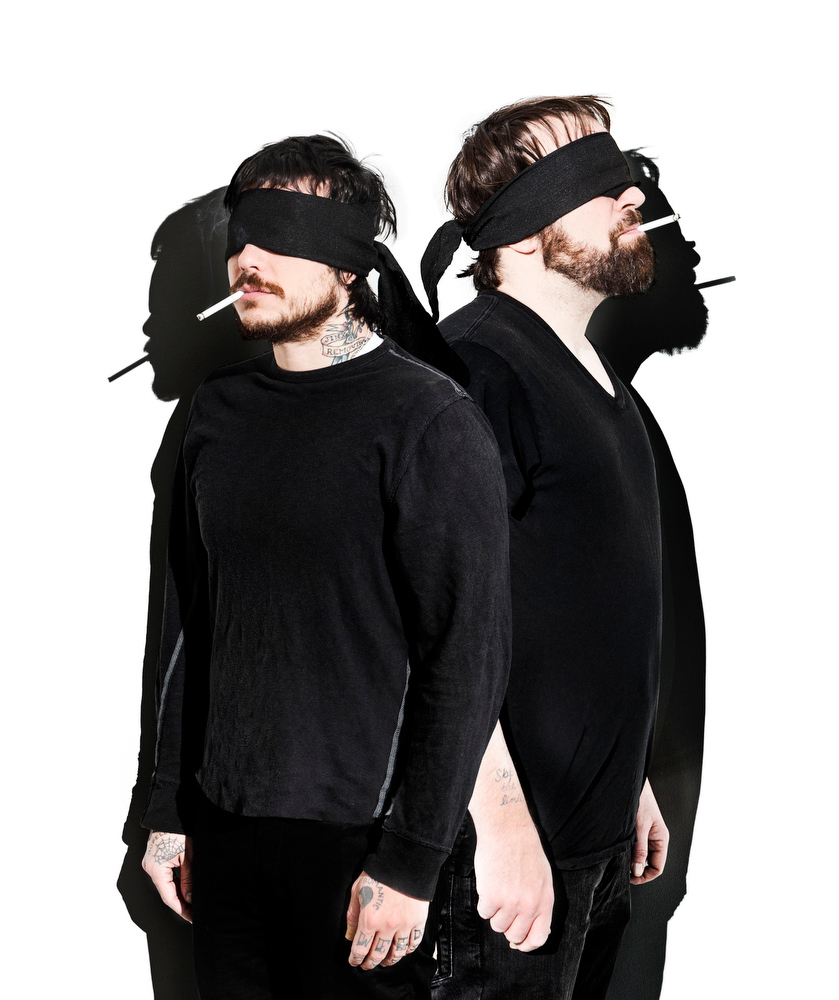 With the release of Death Spells’ first ever full length album ‘Nothing Above, Nothing Below’ and their first ever tour commencing at the time of this interview. I had a chance to have a talk to the dyamic duo, James and Frank on their first day of tour in Glasgow.

So guys, today is the first day of tour in Glasgow. How do you feel the atmosphere from the crowd will be tonight ?

Frank: Oh man I have no idea

James: I have no idea, yeah…

Frank: we were just saying that this is the first time that we have done a tour or any kind of show where people have heard the songs

Frank: Yeah they know the songs! Before hand it was us kinda assaulting an audience…an unsuspecting audience and now its going to be something a lot different than that.

James: I was trying to look up on YouTube what a Sleigh Bells show was like before any of their music came out to see if they were playing on the floor somewhere.

James: Yeah so like a basement show for Sleigh Bells but I couldn’t find any but maybe thats what it would be like y’know? people are like I don’t know if I like this yet but now, now we are ready.

Alright next question, how did you guys meet and what made you decide to start the band called Death Spells ?

Frank: Well we met on Reggie 2003 but I went to your show, I went to a reggie show at cb jeebes and the first reggie show…(Reggie and the Full Effect)

Frank: I also saw you play at the drive in on bourey.

Frank: You didn’t know me so…

James: Yeah I didn’t know you but we got to know each other when my chem(ical romance) and reggie were on tour together in 2003 and been friends ever since

Who would you guys say are your biggest musical influences?

Frank: Oh man probaly my dad and my grandfather just because they played shows all the time and that made me wanna be in a band. I didn’t wanna just be a musician, I wanted to be in a band like a touring band y’know? I didn’t want to be the only guy…I wanted to have friends with me so uh yeah I guess they were mine!

James: I don’t know I didn’t really grow up with many like I listened to punk rock and stuff and I just kinda ended up playing in coldwest and going on tour…

James: No, as far as wanting to write music, create and compose theres always been like, a lot of classical art related to it since I grew up playing in classical bands. But, when I discovered Walter Carlos (who then became Wendy Carlos) I saw these limits that could pushed on synthesizers. Mick Rose from Duran Duran is like one of my favourite people ever! I grew up in a really, really small town in the middle of the United States of America called Liberty, Missouri and as far as I know I am the only touring musician to ever come out of that town!

You guys have just released a full length album called ‘Nothing Above, Nothing Below’, how do you guys feel the general reaction has been towards the album?

Frank: I mean I feel it has been really postive and I wasn’t expecting it to be as postitive as it was

James : Yeah I have read a couple reviews that were like 5/10 but they are not saying anything bad about it.  They are just saying they just don’t know what to do with it!

James: Yeah thats because there was a point I was telling people before I would play it for them like eeeeh you’re either going to fucking love it or you’re not going to get it…

Frank: That was the thing like, I thought it was going to take us a long time to find like the weridos who like really got it!

What song off your new album would you say is your favourite?

Frank: Oh man I like uh maybe ‘I Don’t Know Much, But I Know I Loathe You’.

Frank : The video is fucking nuts!

James: Now people will start to get to see the video soon we put through some of the songs like that was what the project was like the music was pre done and frank’s doing the vocals and the videos are being done live on stage like the videos we have released for the song so it’s like all the kind of weird shit going on

Is there any cool things happening with Death Spells this year that we can get hinted about or is it all top secret for now?

Frank: Well yeah, we are going to be doing a couple more shows and stuff…

Frank: Yeah this is the calm before our personal storm like both of us are going to get really busy again and I am so happy this has worked out.