Dali take on the A-Z challenge

Our A-Z challenge is a fun way to get to know the many bands and artists out there. Here its the turn of Dali to tell us all about themselves. 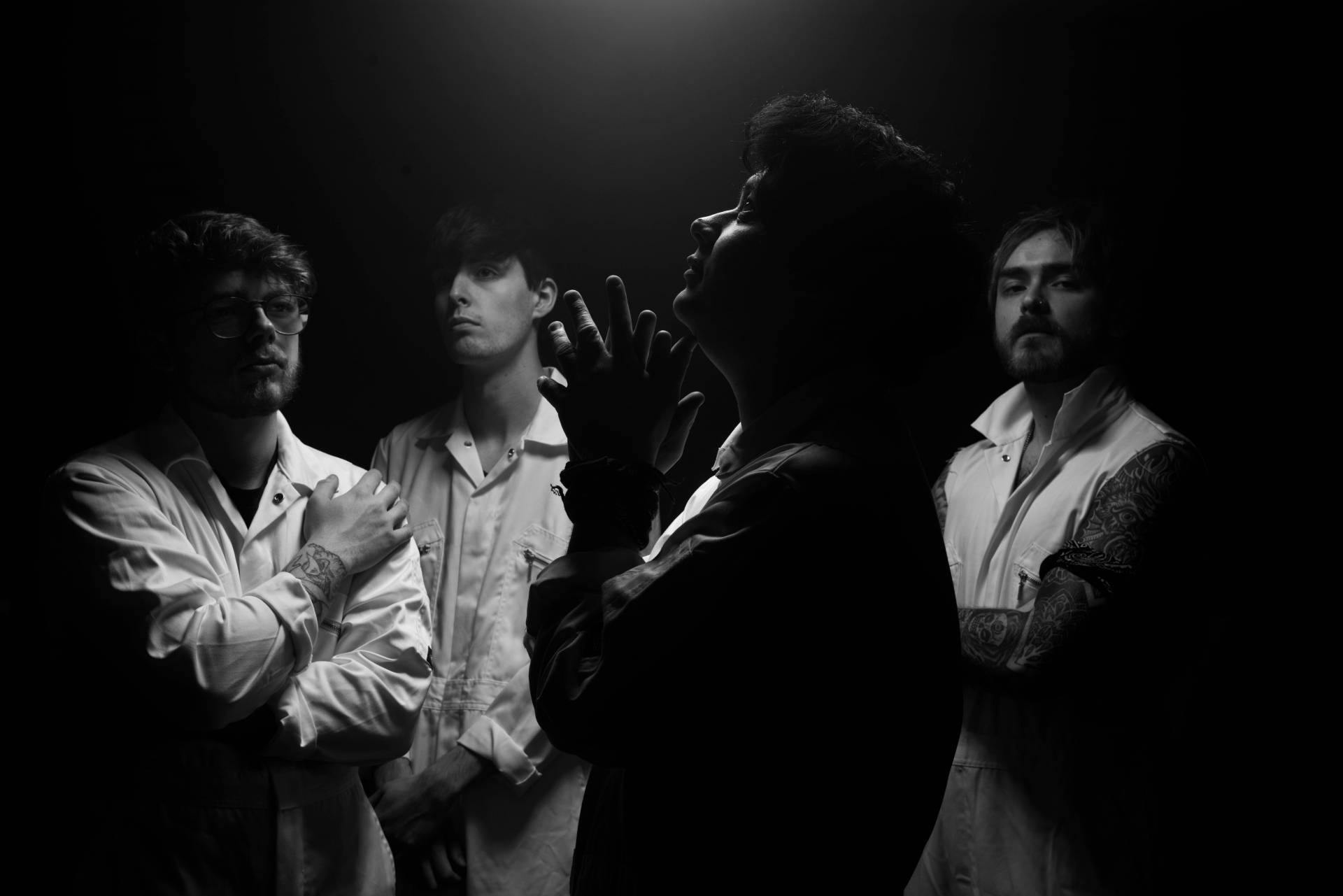 Matt – American Idiot by Green Day. This song resonated with me for a number of reasons, I’d never really been into music heavily, or invested enough for me to feel the need to pursue it, but I remembered watching that video and wanting to be in Green Day, wanting to learn how to emulate what they were doing with such conviction and swagger.

Ewan –  My favourite one was at a show at Heartbreakers last year. The rider was just like 3 crates of beer cause the show was sponsored by some brewery. We don’t really drink as a band, but just watching the other bands on the bill get progressively more pissed was amusing enough.

Jack – I guess I would have to say when we were asked to support Mallory Knox at a sold out show despite having literally no music out in the world yet. I remember being like a kid on christmas when we got the news.

Jack –  I like to think that everyone can connect with our lyrics in their own unique and individual way. My personal favourite is off a new song of ours – ‘Wasteland’.  The line is ‘I can be your wasteland’. It’s simple. It resonates personally, incredibly deeply. That line, to me, is about feeling lost in the world but finding someone who you can journey into that abyss with, no matter what. You are never alone.

Matt – With lyrics I don’t find any particular line ever more so “deeper” than any others. I find that at one point or another they will be relevant to me or become apparent to me, personally which will be the meaning behind why I write certain lines, they just seem to fit, or be appropriate I could go on all day about this process but its all just down to how you feel.  However, I feel the “Encourage Question, Embrace the Change” line from our single “You’re Not the One” was so perfectly delivered considering the timing of what was happening in the UK at the moment in time. (Elections, Brexit, NHS uncertainty)

Matt – I actually think this is a toss up between either “Sedative” or “Wasteland” both of which were written respectively in a session each. We all seemed to be on the same page for me when we were writing them.

Ewan – Bitter. It’s a song that predates me joining the band and we haven’t ever recorded it, but it’s just so much fun to play.

Pete – Bitter or Prosaic. Playing these live is just mayhem. I love it.

Jack – One of my biggest goals/dreams is to record a song/collection of music alongside a full size orchestra. That would be a dream come true.

Matt – I’d want to do something completely out of the ordinary of what we normally do. I’m really into Jorja Smith & SZA at the moment, both such soulful voices. That would be something cool.

Pete – Because we all have lives and we all work outside the band communication is hard. For all of us, to be in one place at the same time whether it’s getting time off of work or simply arranging a group call it can be hard to arrange these.

Jack –  I find the hardest thing about being in a band at this present time, is actually not being able to play alongside each other, due to the world as it currently is. Being in a band, and being a musician in general has its ups and downs, much like anything. As you develop and progress, your life and your career present different obstacles to overcome. You just keep adapting, growing and moving forward. The importance of the love for what you do, shouldn’t even come close to the hardships it presents you.

Matt – Ewan used to be a photographer we used frequently, he came on a weekender with us before and shot the video for “Sedative” prior to being in Dali!

Ewan – There are so many stupid little in-jokes that we all have that literally no one else will ever find funny, but as an example I know that as the other boys read “get that click off” they are gonna hear it in a very specific way in their head and they will be smiling to themselves about it.

Matt – Being able to be as open and honest as you can be. In order to be creative I think you need to feel the ease to have creative freedom. Especially when working alongside others. Its really the best part about being in a band, that eureka moment when everything all clicks into place is amazing.

Jack – Be real. Always. Try not to overthink it! Personally, I think the best songs we have written are when we haven’t tried to be ‘clever’ or whatever. If it feels good, let it feel good. Don’t fix it if it ain’t broken! After all, that’s all music is, a feeling.  12 simple notes rearranged over and over.

Jack – Currently I believe London? However before we were all isolated, we were due to play shows in Wales, Nottingham, Peterborough & a handful of other places as part of a UK tour which is currently being rescheduled.

Jack – Gosh, what a question. Far too many.  The pianist, Ludivico Einaudi. Absolutely mesmerising. I want to put so many more!

Matt – we played alongside the boys in Dreamer earlier in the year, they were pretty good. Djuno & Toreador – who we are also big fans of.

Jack – I’ve not really stumbled upon any ‘new bands’ in a while that have really caught me.  But I’ve just started listening really heavily to a group called ‘Dawes’. Their record ‘Passwords’ is so good. Check it out!

Matt – Citizen, Badflower, Deaf Havana. All of them are bands we really look up to, but to some degree we just want to play on any stage that has people wanting to hear music.

Ewan  – I would love to do a Europe summer festival circuit one day cause all those huge rock fests in Europe are mental.

Jack  – The U.S or Europe have always been big on the list for me.

Matt – A problem shared is a problem halved, so is your problem really yours or just half of someone else’s? – David Brent.

JG – There’s an ancient Indian proverb which I live by – ‘Certain things will capture the eye, but pursue only those which capture the heart’.

Matt –  We wanted the freedom to create bodies of work and then them be judged off the music, leaving each body of work titled “VOL.1” so on and so forth, gives us what we feel the ability to have each “VOL” sound like it’s own, and have its own personality & characteristics. Like how David Bowie made albums, he almost transformed into the embodiment of each one. I really idolise that.

Matt  – both have their positives and negatives. I wouldn’t compare them, I think we’ve evolved. As much as I have admiration for the past and a lot of my favourite bands are from those eras, you’ve got to live in the here and now.

Ewan – I would love to do some live acoustic versions of our songs. I feel like it would be a fun challenge and we could put an interesting spin on some of them.

Matt – Everything and more. Anyone that’s supported us via streaming, buying music, merch, making time to come to a show etc. I’m ever so grateful.

Jack – Matt’s gonna be the first if there is one. Kid’s an absolute hazard.

Ewan – Matt has a tendency to oversleep…

Matt – Matt has a tendency to LOVE sleep.

Jack – Matt. There shouldn’t even be a debate on this one.

Matt – I have no idea, nothing like a lion or a tiger, that’s a bit cringey haha, but Quokkas are my favourite.

Jack – I really wanna say something cool like a grizzly bear or something but in all reality it’s probably something like a moose. Moose are still cool, right?