Chatting With Damo From Allusondrugs

On the back of touring with Enter Shikari and being announced for Download Festival, AltCorner had a chat with Guitarist and Vocalist Damo from the band. 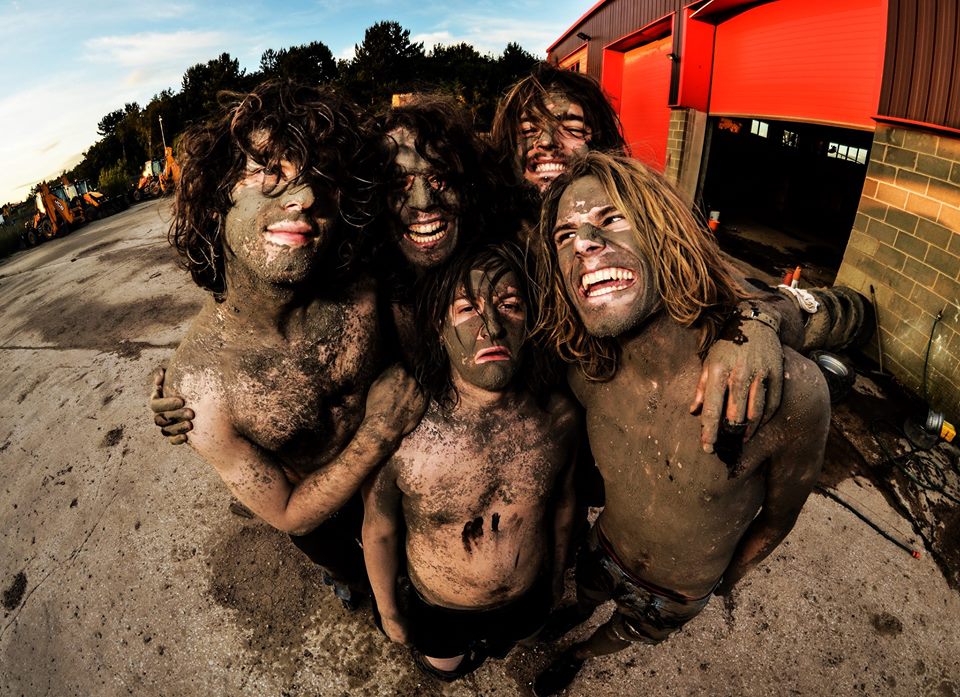 Allusondrugs are a five-piece from Castleford, Leeds. Since their formation  in 2012, the band has embarked on a tornado of tours and success. The debut EP was critically acclaimed and recently singles like ‘I Should Have Gone To Uni’ and ‘Am I Weird?’ have seen them draw wide spread success and lead to them being touted as one of the ‘Next Big Thing’ in rock. On the back of touring with Enter Shikari and being announced for Download Festival, AltCorner had a chat with Guitarist and Vocalist Damo from the band.

Hello Allusondrugs, firstly how are you?

We are awesome, laid in bed listening to Aphex Twin in a lovely attic bedroom in Portsmouth. Life is worth living.

You’ve been really busy lately most notably on the Mindsweep tour with Enter Shikari… how was that?

It was a fantastic tour! We learned a lot, played a lot, saw a lot and met a lot of great people.

You are a band who seem to just constantly tour with a headline tour beginning in March.. is touring the best part of being in a band?

Being in a band have lots of good parts. Touring is great because you get to play your music to lots of people and meet a lot of great people along they way. Personally i find the best part of being in a band is getting into a room with the people you most like to play music with and playing a new song for the first time. It’s so exciting to introduce a new song into the real world.

For someone who hasn’t seen you live…how would you describe an Allusondrugs performance?

Your music obviously is created from a wide spread of influences, who are some of the bands that really inspire you?

Far too many to list. We listen to pretty much everything, even Chris De Burgh.

You have Download Festival which you must be totally stoked to be playing, is this a dream come true for you guys?

It’s really exciting. I’ve never been to Download myself but I know it’s a great festival. We get to see Slipknot for free!!!

In terms of releases, what is the plan..surely a full album? (I hope!)

There is no plan, or maybe there is. I’m afraid you’ll have to be patient for now.

Lastly, what albums are you digging right now?