Chatting To Tim Vantol Whilst On Tour!

“Ups and downs, victory and defeat, hope and despair. Life probably provides more stumbling blocks than stepping stones. For this very reason, it’s nice that there are musicians like TIM VANTOL that accompany you not only on the sunny side of life, but also help you through rainy days, when you’re swallowing down your sorrows […] 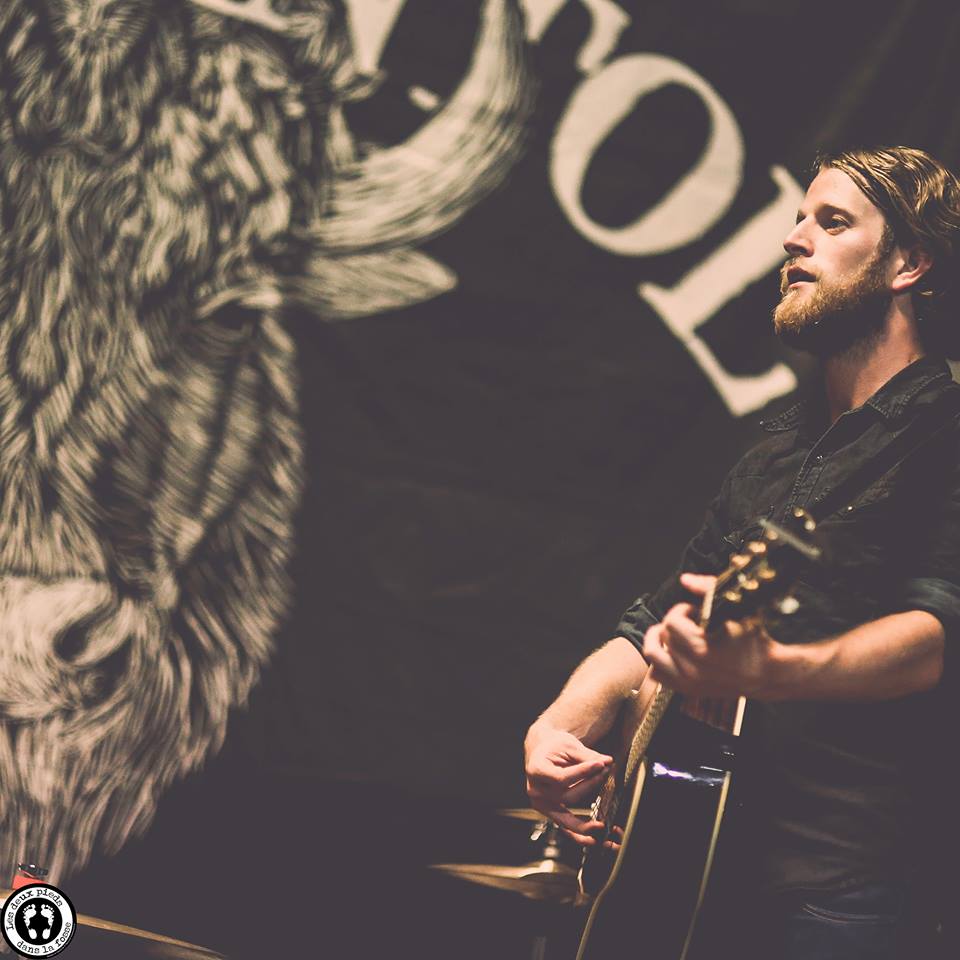 “Ups and downs, victory and defeat, hope and despair. Life probably provides more stumbling blocks than stepping stones. For this very reason, it’s nice that there are musicians like TIM VANTOL that accompany you not only on the sunny side of life, but also help you through rainy days, when you’re swallowing down your sorrows at some dimly lit bar. Because going down is way easier together” is just one way in which Tim Vantol’s unique song-crafting is described.

Whilst he was on his most recent tour, Brad managed to catch up with him to have a chat…

Firstly Tim, it’s absolutely lovely to be speaking to you, how are you today?

Hey, I’m doing great, thank you. I’m just in the middle of the tour with Skinny Lister and Chuck Ragan, and it’s amazing so far.

You are coming to the end of your massive tour which saw you visit places such as Munich, Stuttgart, Zurich and Antwerp…how has the tour been?

It’s been great so far, such a great line-up, it’s a pleasure to share the stage with such great bands and being able to watch them every night. Next to that the shows and the crowds has been amazing. It’s great to play in front of a lot of new people.

You released ‘If We Go Down, We Will Go Together’ in 2014 but recently released a ‘special edition’ what inspired you to do this and why is it so ‘special’?

Well I released the record already earlier by myself, it was all last-minute release before a tour, and there was no time to find a label. But I felt it just needed to get some more attention so I’ve started to work together with the great Uncle M in Germany. The “special” thing about it is that the Basement Sessions are included into this release.

I’ve recorded the Basement Sessions, in (what a surprise) my basement. I wanted to record the songs how they were written originally just a guitar and vocals.

Your lyricism is something that is truly inspiring and can act like a cold beer on a boiling hot summers day or a warm cup of coffee on a winters day, how do you write such diverse and meaningful lyrics for all types of moods? – is this intentional?

Well the songs that I write are my point of view, my opinion and my vision on things, it’s just me. I can’t play these songs if I wouldn’t mean what I’m singing, so I guess it’s just what it is, hehe

Who and/or what inspires you as a musician?

Well it can be everything, for writing songs (the lyrics) It’s the everyday life, but I also like to watch documentaries. And for the music part I think that everything that I’d like to listen to myself can inspire me.

You’ve recently been announced for 2000 Trees festival, how excited are you to play the festival?

What music are you really enjoying right now?

I’m really enjoying the tunes of John Moreland, such a great voice. And Two gallants is also one of my favorites at the moment. Next to that, some good old punkrock (Hot Water Music, Red City Radio, Against me!) always works. And The Avett brothers never gets boring to listen to.

What are the three things that help you survive on tour?

This all sounds boring, but for longer runs I really need it.

What tips would you give to upcoming Acoustic artists?

Just do it! Stay true to yourself, have fun, and be nice and friendly to everyone (promoters, crew, everyone at the shows) that’s involved with what you’re doing, without them you wouldn’t be able to do it.

Tough one, I really like sweaty intimate gigs, but playing a festival where the sun is shining is great as well, just walking around the area, have a drink, hangout, seeing good friends, so let’s say: Spring and Summer = Festivals, Winter and Fall = intimate gigs.

Tim Is About to Begin his UK Tour, Check Him Out At The Dates Listed Below: 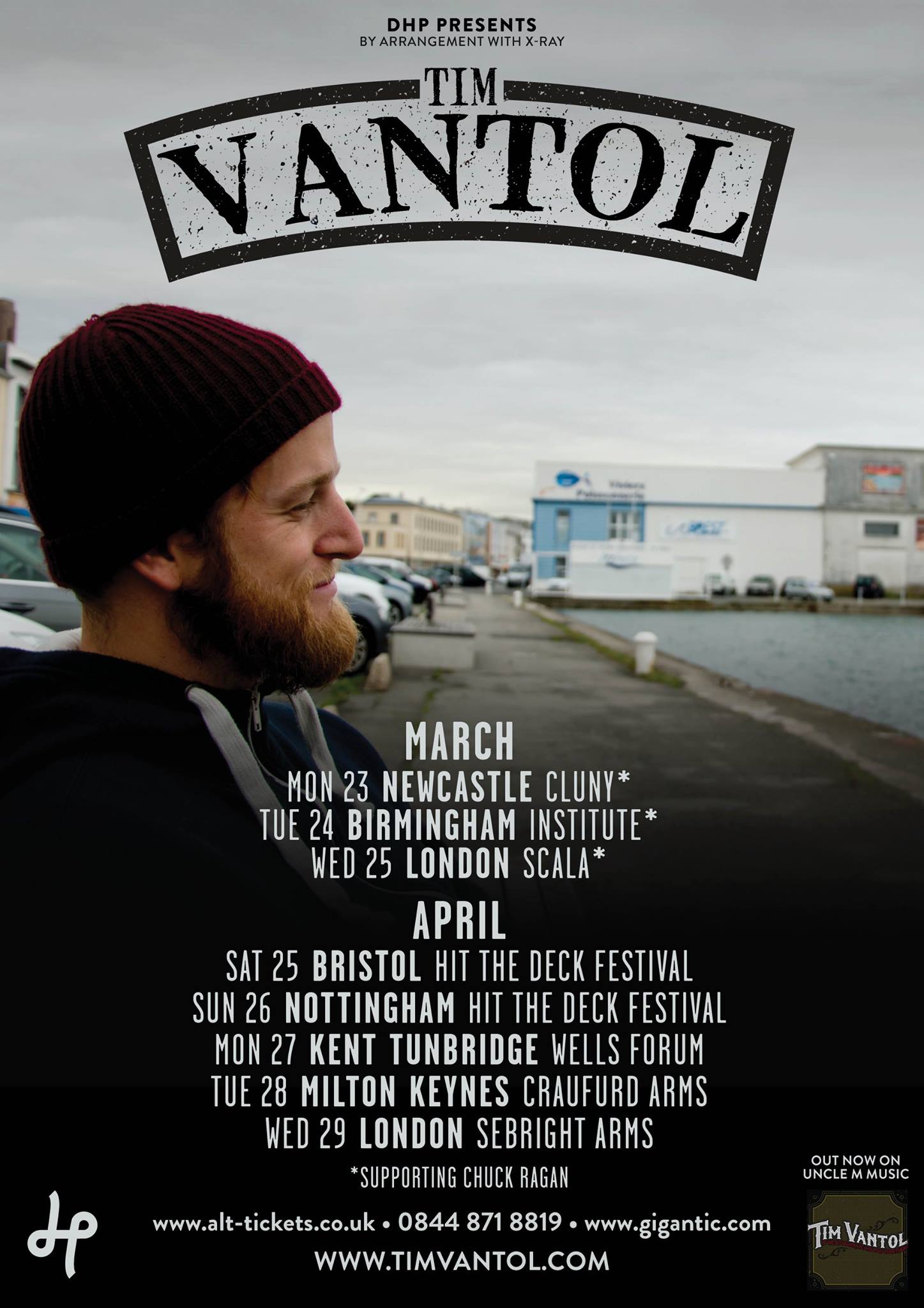 Get Your Tickets Here: