Chatting To Liam From Highlives

AltCorner had a chat with Liam from Bristol Pop Punk band Highlives! 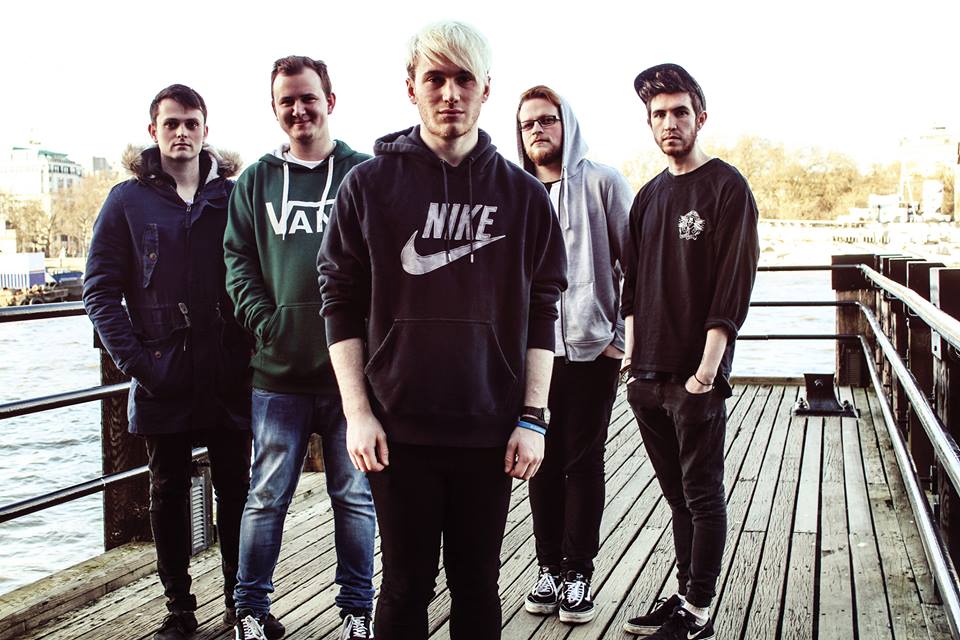 I’m joined by Liam from Pop Punk band Highlives! So, how are you?

Highlives are gathering a strong following amongst the Pop Punk faithful right now, how has the journey been so far?

Our journey as a band so far has definitely been an eventful, yet enjoyable one. We’ve experienced a number of line up changes and other obstacles which we’ve had to tackle. However, right now we’re in a really good place. I feel that all of the obstacles that we’ve faced as a band have been the same things that a large majority of other bands starting out have to deal with. We’re constantly learning from our own experiences too, which helps us to continuously improve and grow, both as a band and as individuals.

You released your Split EP with Nothing Gold Can Stay in December, how was this to record?

We enjoyed recording the split, it was the first time we had used live drums which really brought us together as a full five-piece band.

A full album is something we would love to do in the future, but we want to make sure that the time is right. As it stands at the moment, each release that we’ve put out sounds quite different due to us experimenting and trying to discover our own sound. I think that it’s important to some extent when releasing a full length album for your fan base to have an expectation of what kind of sound you are going to deliver. However, we don’t feel that that is a point in our career that we have reached yet. We don’t want to put out an album and just hope people will like it.

Next month we are recording a five track EP and I feel that with this one, a recognisable sound is something we may have finally achieved. Hopefully people will feel the same way when they hear it! We’re going to be working with Adam Getgood who has produced some great bands in the past. We’ve already recorded a demo with him which we are really happy with, so we can’t wait to get started on the full EP! We’ve already added a couple of the songs to our live set, so if you want a sneak peak, come down to a show!

You have your tour in May, excited to get back out on the road and performing?

We’re beyond excited! It’s actually going to be our first tour as our current lineup. We’re playing some places that we’ve never been before, as well as a hometown date. I’m hoping we’ll see some familiar faces as well as a bunch of new ones! We’re currently in the process of arranging transport and sleeping arrangements. I’m looking forward to spending a week in a van and playing shows, it’s something I’ve never experienced before. Personally I’ve always loved travelling, so being able to do that as well as playing music is the perfect combination. I’m sure the others would agree.

Having shared stages with Neck Deep, As It Is, Boston Manor and a whole host of other artists, what’s the funniest moment you’ve had whilst on tour or on stage?

We played with a band called Area 11, the Exchange (Bristol) was sold out, and we had brought a load of inflatables with us to throw into the crowd. That has to have been one our funniest moments, at least. I think everyone appreciated what we were doing, and they kept them flying around for a fair bit of our set which was cool.

Being a Bristol based band, a place that is a hot bed for great bands at the moment, who are your favourites from your area?

There are so many great acts from Bristol, so it would be hard to name them all. Axial View, Pushing Daisies, Everyday Sidekicks and Syren City are all great!

Obviously you’ve got the tour coming up in May, any other plans to hit the road this year?

Our tour in May is the only one that we have booked for the time being. However, we do have some shows to announce over the next few months!

When creating your music, where does your inspiration come from?

When writing lyrics I like to create an image of what’s going on in my life and how I am feeling at that moment in time. I believe that if you write something honest and meaningful to you, others will be able to relate to your writing. Whether they relate directly to the message you intended to put out, or create their own interpretation to the lyrics depends on who is listening. I’m really excited to release this new EP as I’m confident that lyrically, as well as musically it will be our strongest yet.

As a whole, we take inspiration from bands such as Neck Deep, A Day To Remember and Blink 182.

Lastly, alive or dead, what artist would you love to meet and what would you say to them?

Robbie Williams! He’s been one of my favourite artists since I was younger and I think given his personality he’d be an exciting person to meet. I know I’d have a million things to say to him, but I think it would be cool to ask some non-music relating things to find out what he’s been up to outside of his musical career. When famous musicians like him are concerned, the media understandably focus largely on their musical careers and pay little interest to the smaller things and what they have been doing in their personal life. I’ve seen a bunch of weird ‘Robbie Facts’ that he (or someone on behalf of him) have posted on his Facebook page, one example being ‘Robbie claims to have seen three UFOs in his lifetime’; I’m sure that’s something we could talk about.

Check Out Their Music Video For ‘What We’re Built On’ Here: