Chatting To Hildamay About Their Reunion Show and Their New Album

Brad had a chat with Hildamay lead singer Tim Lawrence about the bands recent shock announcement of a reunion. With a London show and a new album in the pipeline, Tim told AltCorner about both of these things as well as if this return is a one-off. Read the full Interview here… 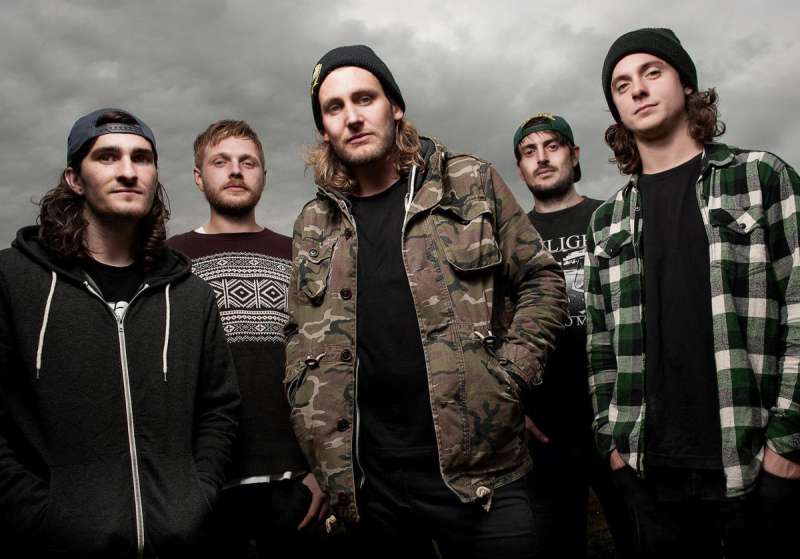 Hello Tim! Firstly how are you today?

Now, back in May 2014 you shocked myself and a lot of Hildamay fans by announcing that Hildamay was ‘no more’. So, let’s start there…what motivated this decision?

As it said in the statement at the time we felt like what we could do with Hildamay had come to a head and that we needed to try our hands at different things.

In the absence of Hildamay you’ve been busy with Bayeux and Landspeed, for those that aren’t familiar with those bands, would you care to explain them to our readers?

Bayeux is me and Tommy from Hildamay and a few of our best mates. We kinda formed out of the ashes of Hildamay and I guess there is a similarity in terms of sound. Land Speed is me and my buddies from the Maidstone scene playing 90s influenced punk songs. That’s also been going insanely well having already played with Gnarwolves, Moose Blood, Cold World and Title Fight in our first few months. Both bands have records on line so check them out if you’re interested!

Now you know me well enough Tim to know that Hildamay getting back together is something that I have wanted from the minute the break-up announcement was made however, it was something I did not expect in a million years, so did you always knew Hildamay would get back together or did you think that it truly was the end?

I think at the time none of us could see it happening again but we’ve all actually grown a lot closer as friends over the last two years and that’s helped. Truth be told, we recorded ‘Muscle Memory’ back in 2013 and split shortly after. Recording that record and the financial strain we were put under played a huge part in the demise. So yeah I think we did at the time think that it was done.

So, let’s get the answer everyone wants to hear about this reformation…how did this come about and what made you decide it’s time to get Hildamay back together?

Back together feels a little enthusiastic. We just wanted to play a show and celebrate a record that we never thought anyone would hear. We’ve had some insane offers since the video of us playing ‘This House’ in April went up online and that just served to remind us of what it used to be like on stage playing those songs.

You have announced a new album ‘Muscle Memory’ so, how long had you been working on this album before telling everyone who was still mourning the loss of Hildamay? (you cheeky devils!)

The record was put together back in 2013 as a direct follow up to ‘Miles Away’. We were under huge financial strain due to factors outside our control at the time which crippled us and forced us to put the record on the back burner.

With 2013 ‘Miles Away’ being a real hit and taking you onto some amazing things what was the consensus for ‘Muscle Memory’ and when can we expect it out?

It’s going to come out on the 19th to coincide with the London show. I guess ‘Muscle Memory’ told the story of the year that we toured ‘Miles Away’. There were highs and lows and I tried to put these across. I hope people are looking forward to hearing it. I know there are some people that have been waiting to hear it for a while and I can’t wait to see what they think!

Now when bands reunite after a break-up it can commonly be a six-month to a year occasion and with yourselves having only one show in September booked in, will the London show be the only chance to see Hildamay this year?

I’m afraid so mate! We’re all very busy this year with various bits and pieces and so this show is due to be one hell of a party!

With you and Tom members of Bayeux, yourself in Punk band Land Speed and Sean and Ollie in Weak Nerves, where does Hildamay lay amongst these projects?

It all sits in nicely. Although on paper I’m currently doing three bands they all fit in nicely together and nothing has really clashed so I’ve been really lucky. Also all the projects are different in their own rights so it’s great fun to play shows with Land Speed and Bayeux with different bands and at different styles of shows. I’m just really excited to throw Hildamay back into the mix!

I cannot wait for the show in London – what are some tracks that you cannot wait to play?

Personally I’m really excited about people hearing the new songs and I’m desperately trying to sneak ‘Parachutes’ in to the set!

It’s always a pleasure speaking to you Tim, thanks for the taking the time. Hildamay MMXV!

Cheers mate! See you in London!