Chatting To CJ From Threatpoint

With work on new material already underway, Brad caught up with drummer CJ Krukowski and had a chat about everything regarding the band… 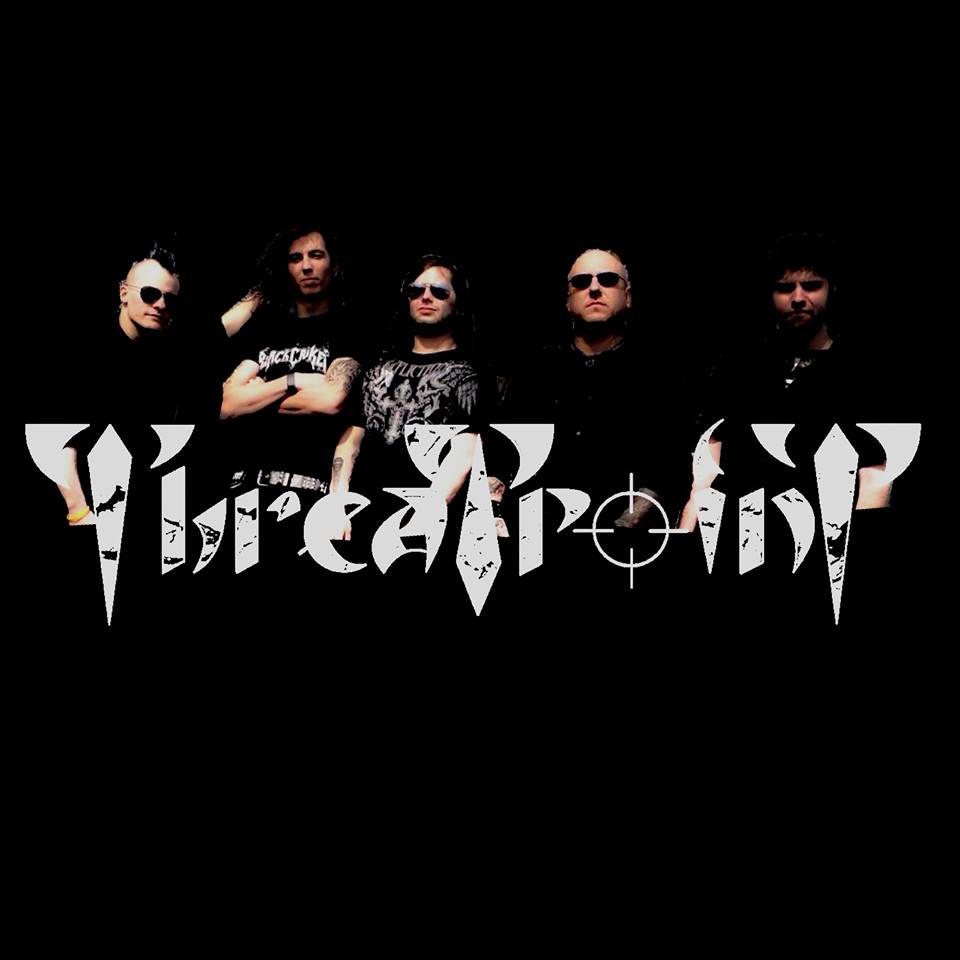 Threatpoint are a Groove Metal band with no gimmick, just straight up metal. Threatpoint’s focus remains on hooks and catchy moments for the listener. With work on new material already underway, Brad caught up with drummer CJ Krukowski and had a chat about everything regarding the band…

Hey CJ! How are you today?

Good… thanks for having us!

How did the band form?

Threatpoint is a combination of 3 bands, actually.
Alex and myself used to play in another band and played a few shows with Chris’ old band, so we knew each other. When both of our bands split, a mutual friend hooked us up and here we are. A few slight line-up changes later, we acquired Mike and Eric basically knowing them from playing out in their old band, along with seeing how driven and passionate they are… this line-up feels right.

Chris had a bunch of names with the word “threat” in it and I kinda came up with “point” off the top of my head and we thought it sounded cool. I think it defines us well… we’re a pretty intense band!

People are gonna label things whether we like it or not… I think it’s some form of security within their minds or something.

As for us, we call ourselves “groove metal” because it fits us to the tee. Our music has splashes of thrash, death, and melodic metal along with a sprinkle of hard rock but the bottom line is, it grooves.

Most likely in the middle of sometime next year. Our newer stuff carries the Threatpoint sound well but with the addition of new guys, they bring in new elements too… I would say we’ve got some faster, darker and more melodic stuff.

It’s absolutely a dream come true for all of us. The level and rate we play out AND the intensity we perform at isn’t just something to just do… that’s why we’ve had a few line-up changes. This band is a machine and keeps going no matter what… we’ve got a few tours down and a few more to come.

No, if it really means something to you and it’s something you really love to do, stick it out. In that time, you’ll see who’s with you and who drops out… it’s not for everyone.

Have a lot more gigs down and a few countries under our belt.

Tough question! I really don’t know… and in all fairness, everyone would have a different answer.

Who are some of your most-listened to artists at the moment?

I have been listening to a lot of Devildriver and Coal Chamber… the other guys like to listen to everything from Testament to Slipknot to Soilwork to Sevendust. These things are heard more times than not.

I don’t personally listen to it but I believe we are on there! Anything that helps bands/artists get their name out there that much more is a huge help.

I don’t think anyone should have a “guilty pleasure”… never be embarrassed or ashamed of what you listen to… as long as it makes you feel good, who cares what anyone thinks?

I personally love a lot of 80’s pop such as Devo, Depeche Mode, things like that. Sometimes you never know what you’re gonna hear next… we’ve had rides on the way to a show and blast Lady Gaga or Blondie or Johnny Cash… music makes you feel good.

Threatpoint wasn’t the original choice for our band name.