We chat to Madina Lake!

As we all know (or if you don’t where have you been?) our childhood alt-rock icons Madina Lake announced their reformation to celebrate the tenth anniversary of THAT debut album From Them, Through Us, To You which gave us sing-a-long classics including Here I Stand, House Of Cards and One Last Kiss and a UK […] 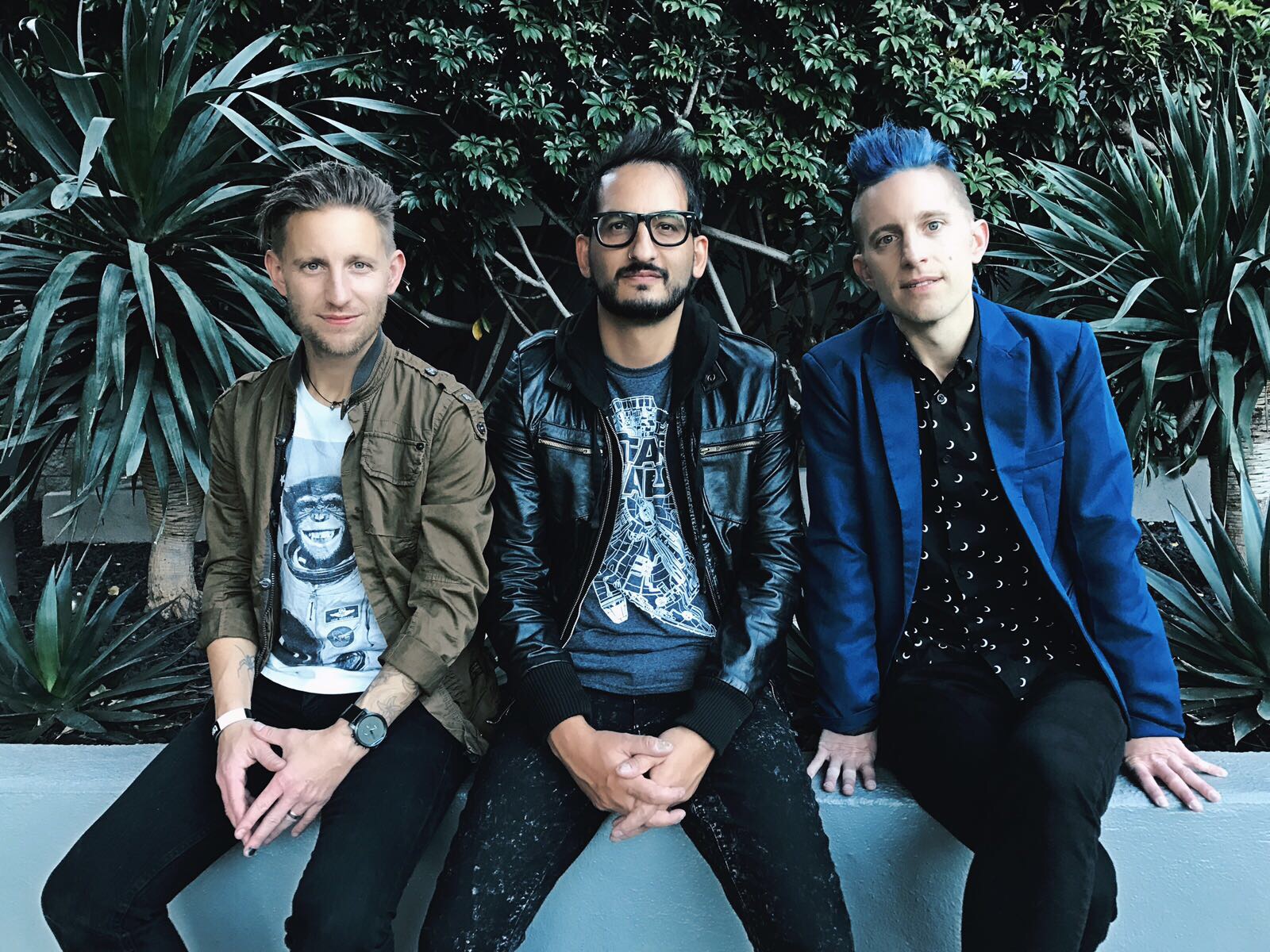 As we all know (or if you don’t where have you been?) our childhood alt-rock icons Madina Lake announced their reformation to celebrate the tenth anniversary of THAT debut album From Them, Through Us, To You which gave us sing-a-long classics including Here I Stand, House Of Cards and One Last Kiss and a UK tour including Slam Dunk festival! We got a hold of bassist Matthew Leone to ask him all about the album, reforming and of course Slam Dunk festival!

This will be your first time at Slam Dunk. Are you looking forward to it?

The lineup is incredible, are there any bands you’re looking forward to seeing?

We are old road homies with Enter Shikari.  We’ve made cameos in each other’s travel logs on more than one occasion and continent.  On our 2nd UK visit we did Give It A Name with them at Earl’s Court 2006-ish to 10k folks.  Then we returned the favour in 2008 playing three shows with them in C markets around that no man’s land part of America, the poor man’s Vegas…Reno, Salt Lake City type of joints.  Boom, next thing you know we’re in Australia holding Koala Bears, because that’s what most people do when they visit Australia…and BBQ shrimp evidently.

You’ve pleased all our teenage hearts (especially mine) in announcing your reformation. Does this mean Madina Lake are back for good? And can we expect any new music to go with the live shows?

Thank you, that is very pleasing to ours to hear that.  We’re making this tour about the reunion and anniversary of FTTUTY growing up into a kind, intelligent but fierce young lady with a big heart.  But we couldn’t help ourselves, we’ve written three new songs with more to come.  The plan is to do one week of Madina every year.  An annual gala affair, the Arlene Ball.

I’m a big fan of tradition and ritual.  I like the idea of celebrating every year’s rebirth of Spring with Madina shows to look forward to.  I’m guessing that rotate between London and Manchester…now that I’m a Manc and all (I married one of you lot).

Are you looking forward to your headline shows?

That’s another easy one.  It’s “yes.”  We love the pursuit and hopefully conquest of unifying and harnessing each and every energy wavelengths into one vortex.  That’s such an enjoyable experience.  Escapism, close the door on all these other bits for a minute and let’s all come over here by the sign that says “You’re now entering a Brexit and Trump free zone, don’t even think about it…in fact, don’t even think, you’ll love it.”  That’s the headliners.

You’ve been quoted as saying that you knew you would have to reform for the anniversary and come back to the UK. What is it about the UK that made you specifically want to come back?

We resonate with the culture more, pragmatic, realistic, knows the score.  I had to come to Manchester to find my wife!  The shoe fits, so we keep putting on.

This year marks 10 years since From Them, Through Us, To You was released. How does that make you feel?

Interesting.  Age and the pre-destined path set forth by perfect strangers arbitrarily dictating what we should do at what day of life is something that has never really worked for us. Our lives have been so uniquely insane and packed with very polarizing extremes that time doesn’t mean to us what it does to most.  I’m supposed to be overweight, three kids deep and dying for a Friday by now.  Instead, Nathan’s wife is freshly incubating a first I’m just a few months behind, Mateo’s back and forth between Bogata and Los Angeles, I’m between Los Angeles and Manchester, The G Whiz Bot is in Philly with his two beautiful chitlens and our 5th Laker Chris is in Nashville with a Parisian girlfriend in London.

Do you have a favourite track from the record?

As people age and mature, sometimes their views change, so looking back on the record now, is there a track that you regret writing? Or any lyrics that make you cringe?

Good question! Zero for me. Nathan is very tough on himself…hold on, I’ll call him.  He says, “Any usage of the words or any words relating to “breaking and hearts” makes him cringe.

We always end our interviews with some random questions. If someone asked you to give them a random piece of advice, what would you say?

“Imagine standing at the end of your life looking backwards. Do you think that you’d agree that whatever you’re currently worrying about matters?”

Would you rather be the author of the Twilight saga or have written every Justin Bieber song?

If words are coming from my Brocha’s Aphasia (Left prefrontal cortex of the brain where words are expressed, I googled it)…I’d rather have them land discretely on paper for voluntary consumption than amplified through a PA or speaker for forced consumption.

Do you have a favourite horror film?

The Shining. Nathan and I dressed as the twin girls for Halloween last year.

Finally, do you have anything you want to say to our readers?

It is with so much gratitude that we appreciate you for asking us questions and for the other you’s to care enough about the answers to read them. I’m quite sure you’ve made up your minds about Madina one way or another and for those who lean towards “Yeah!” – scoop up your tickets for the Reunion tour and let’s enjoy ourselves.

Check out Madina Lake on the dates below;