US rocker J.D. King recently released his incredible latest single Midnight Rendezvous, which showcases his brilliant artistic mind. We had a chat with J.D. to talk about the single, his forthcoming album and being part of the circus… Last month you released your latest single “Midnight Rendezvous,” can you tell us about the inspiration behind […] 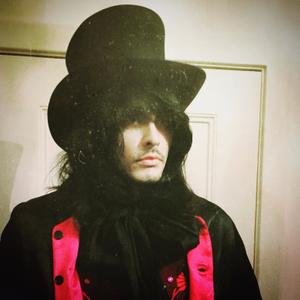 US rocker J.D. King recently released his incredible latest single Midnight Rendezvous, which showcases his brilliant artistic mind. We had a chat with J.D. to talk about the single, his forthcoming album and being part of the circus…

Last month you released your latest single “Midnight Rendezvous,” can you tell us about the inspiration behind the track?

I remember I was playing around with a driving gallop in my rhythm guitar and listening to a lot of 60’s girl groups. I sculpted a melody and riff for a bit and made a demo with the title I liked, “Midnight Rendezvous,” which I sang out loud in a “receiving trance” of sorts. I reworked the verses actually during the session while the musicians and I were tracking live to see what sounded good with the inspired atmosphere around the concept. So in short, fun and girl groups.

The track comes from your forthcoming album Moon Gardens, are you looking forward to people hearing it?

It’s really quite special, putting together a good group of first rate musicians and engineers, infusing my style into the songwriting and tone. This was a dream come true to even make this for a long time. A completely analog, live to tape album with stylish, interesting people and a flow of new concepts I’ve wanted to approach. I was very happy just in the process of making it. Now I get to make visuals to it by way of making films to the singles. I have to say, it’s quite inspiring, I feel blessed.

Can you tell us about the inspiration behind Moon Gardens?

I was meditating for about 10 hours a day for about 8 months on my roof in the meditation garden. I received a thought concept about using the divine essence of magnetics to resonate with the body and spirit to give full listening and spiritual experience. Digital music may always exist, but it still can’t give biologically the powerful impact of analog aesthetics and resonance in vibration.

You can play a wide range of instruments including piano, saxophone, flute, cello and guitar. Do you have a favourite that you play? And are there any that you’re keen to learn?

It depends on the different textures and different cadences for each song, a guitar can drive a song with piano melodies while the reverse is true. Music is colorless in sight, yet colorful in the soul. One day the flute will inspire, or the melody of a cello. It’s relative to the creation, it’s not a be all end all for me. To answer the latter, I’d like to learn a bit of drums as of late, but I’m one too many mornings and a thousand miles behind on really competing in that department. Just for funzies.

As well as being a musician, you’re also a painter and illustrator and your art is very detailed, where do you get your inspiration from?

I mostly receive with music, meditation, beauty in nature, the endless well of colorful dreams I’m constantly being shown. Then, I’ll typically use the style in the vein of the art nouveau or impressionism to translate the inspiration into a static object. I’m basically a translator/editor when it comes to creating in that physical realm. Riding the Cosmic Viper as they say.

We always end with some random questions; you’re asked to join the circus, what would your act be?

Perhaps a magician or puppeteer would suit.

Baloo the Bear, the jazzy, lazy life for me. He looks like he knows how to party and relax. Two subjects near and dear to me.

Would you rather be the author of the Twilight saga or have written every Justin Bieber song?

I’m unfamiliar with both franchises, but I’ve heard both lack quality. I wouldn’t put my real name on anything lackluster, but if I had to pick, with my interest in 19th century horror lore, maybe Twilight with an alias. “Take the Money and Run” as the Steve Miller tune says.