Catching Up With Long Time Divided

We caught up with Pittsburgh based hard rockers Long Time Divided. 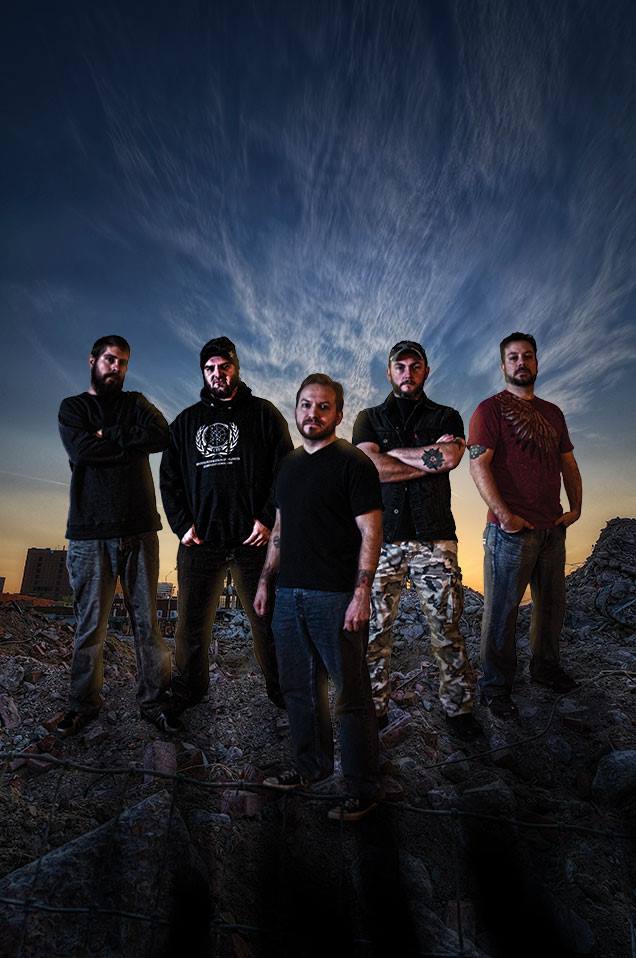 We caught up with Pittsburgh based hard rockers Long Time Divided. Formed in 2008, Long Time Divided have 5 members with each member’s distinctive style blends almost seamlessly with the others: lead singer DJ Beckage’s grunge rock vocals weave through the harmonic crunch, hammered out by guitarists Paul Terry and Dean Toughlian. Having gained a lot of support in their few years as a band we couldn’t wait to have a chat with them so, here it is…

Hi guys! Firstly we love the tracks we have heard so far…

Thank you so much. We’re looking forward to getting our new stuff out this year but I’m (DJ) always pumped when people tell me how much they enjoy our music. Means we’re doing something right, right?

So, tell us about Long Time Divided and where do you get your influences from?

We’re a hard rock band from Pittsburgh, PA (U.S.A.). Just your basic blue-collar guys creating music that we want to hear, and hopefully other people enjoy. We work hard and play harder. As for our influences, they run the gamut from hard rock and metal to jazz and blues. Personally, I (DJ) grew up with 90s rock and grunge especially and was highly influenced by bands like Nirvana, Soundgarden, Pearl Jam, and Alice in Chains.

Where do you get the inspiration for your emotional and often bleak lyrics, and what do the songs mean to you guys?

I like to write lyrics about events I’ve experienced (who doesn’t have a love/hate story, right?) or stories I’ve seen or read about in the news that I think are socially aware. Once I have an idea or general direction, I tend to make the lyrics a bit ambiguous that way whoever is listening can draw his or her conclusion or interpretation on what the song is about. One person’s bleak is another person’s salvation, so keeping the lyrics a bit less specific I think makes them a bit more accessible to everyone.

As for what the songs mean to me, well I think each song has a different meaning to me. I love them all and for different reasons. They’re kind of like children: you can’t pick a favorite but you love each one for both their perfections and flaws.

We know there is a full album in the making – when will you be releasing it and what should we expect?

Well we’re hoping to start recording in March or April of this year, which we’re just excited about. I’m guessing that if all goes to plan, we should have our sophomoric album out towards the tail end of 2015, though we’re aiming for sooner rather than later.

As for what you can expect, honestly, I think people are going to be surprised by how much tighter we’ve become. We’ve had quite a bit of time now making music and the new album is going to show that we’ve grown as musicians. I know for me, I feel that I’ve been able to contribute more to the arrangement process of the songs and that’s because my bandmates trust me. And vice versa, the guys know my strengths and play towards them while still pushing me to be better. The songs on this album are going to blow our self-titled debut out of the water by comparison and I can’t wait.

After the album release, whats next for Long Time Divided?

Hopefully touring, touring, and more touring. HA! We’re playing a bunch of shows outside of Pennsylvania (U.S.A.) and we’re looking to line up a few tours, even just a couple two-week jaunts, just to get the word out about Long Time Divided.

What is your guilty pleasure? (Music Only Please!)

HA! The “Music Only Please!” tag was probably a good thing to add in there. I don’t think it’s a “guilty pleasure” per say because I think they’re wonderful musicians but, for me (DJ), I honestly love listening to female singer/song writers. I think as a musician, you have to be able to get outside your comfort zone to become better and I think female musicians, especially singer/songwriter types, write exceptionally deeper lyrics and I enjoy that. I’ve never been a fan of bands where the lead singer just rambles off nonsense; I want a story or meaning to be in the lyrics of a song and I think great musicians create that sense of story in their lyrics.

When are you guys touring and are you coming to the UK? – We want to see you live!

Shit! I want to play in the UK! Our guitarist, Paul, is from Ireland and his wife from England and he’s said we need to do at least a two-week tour over there. Honestly, we’re working on it. We all want to get over there A.S.A.P. and hopefully by the end of the year, we can swing it.