We spoke to Newbury based Alt-Rockers Elasea regarding the release of their debut EP ‘Where I Belong’, the focus now on a debut album and if they prefer tea or coffee… 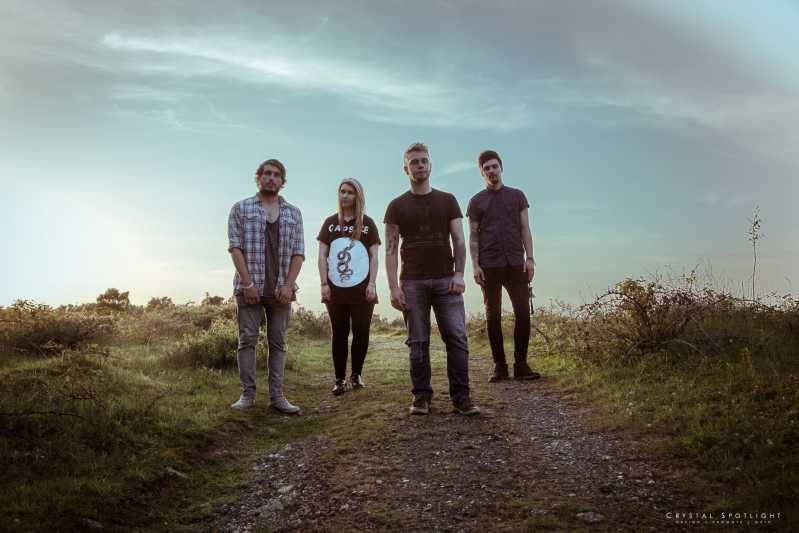 Hello Elasea! How are you today?

You have recently released your debut EP ‘Where I Belong’, so let’s start with at the beginning of the creation process…how did the idea for the EP come around?

Well when we started writing these tracks, we didn’t have an EP in mind. We had like 8-10 originals and we didn’t know what to do with them! So prior to the EP we released a couple of singles and a track on a compilation album, then we decided what songs made the cut for the EP.

What were your aims for this EP and do you think you succeeded?

I think our main aim was to write 5 tracks that weren’t too samey, 5 tracks that had something unique about them and I think we succeeded on that one! Also we wanted the EP to have something for everyone, with the each song being so different to one another I think we’ve achieved that.

These are all bands that we’ve followed from their first release right up to now, every element of these bands has grown from their live shows to songwriting etc. We hope that we can have the same kind of progression in our next release!

You have stated that you are hoping to release a full length album after some touring to follow up the release of ‘Where I Belong’ so when does work begin on that?

We have started writing again! It’s still very slow and we are experimenting a lot, but hopefully by this time next year something will be heavily in the works.

You began as a covers band and gained success from that so at what point did you decide to write and create your own music?

Very quickly! We played 1 or 2 shows as a covers band, it just wasn’t for us in the end. We feel a lot more passionate about our original music, I think that now comes across in our live show.

Have you had any weird fan/crowd moments since being in Elasea?

I really don’t think we have! We’ve been lucky that everyone we’ve met along the way has been super cool! I think our craziest fan is my mum…

I really enjoyed the video for ‘Lost In The Dark’, what was it like to make?

Making the song was hard work, the hardest on the EP! But making the video was great fun, we always enjoy these kind of things! What can be better than playing the track over 100 times in one day and dancing alone in a room with just the director?

Lastly we always end our interviews with some fun questions so…

5 Seconds Of Summer… Brilliant or Rubbish?

Bring Me The Horizon or Don Broco

Thanks for speaking to us! All the best!