We catch up with rising star Jack Vandervelde!

Jack Vandervelde is a rising star in the singer-songwriter world. With his catchy hooks, soulful melodies and incredible voice, it’s little wonder that the actor-turned-lacrosse player-turned-musician has caught the eye of many people. We got him on the phone to talk his latest single Trouble, influences, lacrosse,touring with Aston Merrygold (former JLS) and much more; You released […] 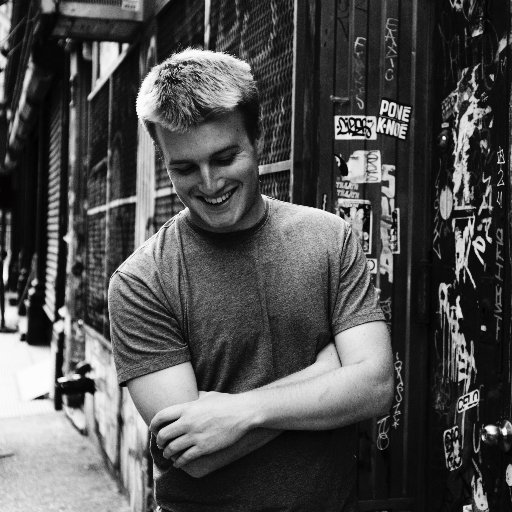 Jack Vandervelde is a rising star in the singer-songwriter world. With his catchy hooks, soulful melodies and incredible voice, it’s little wonder that the actor-turned-lacrosse player-turned-musician has caught the eye of many people. We got him on the phone to talk his latest single Trouble, influences, lacrosse,touring with Aston Merrygold (former JLS) and much more;

You released a new track recently called Trouble. Can you tell us a bit about the inspiration behind it?

The inspiration behind Trouble goes back to my first year in college, it was my only year in college, right at the beginning of school and it’s about almost starting a relationship with someone. But you kinda both realise two, three weeks into it that it’s more trouble than its worth and its just not worth the trouble. And that’s why the hook is “I’ve been around this trouble before, it’s almost like its familiar territory”.

That’s fair, I think we’ve all been in that situation a few times.

Yeah and that’s why its very relatable, I’ve seen it with my friends and people I know.

Do you have any plans for a full record?

That would be really cool. The singles I’ve listened too so far have been absolutely incredible.

I appreciate that and thank you so much for having me. I really would love to give everybody a full length album as soon as I can.

That would be great. Your style has sort of been described as a cross between Ed Sheeran, Jack Johnson and Bruno Mars, and I personally thought that there was a bit of Brit indie rockers The View too, how did you sort of decide on the sound you wanted to get?

I don’t know if its so much as I decided than I just naturally gravitated towards that. All those people, especially Bruno and Ed have had such a big influence on me and they’ve mixed pop so well together with singer-songwriter storytelling and I found that I want to get my music to as many people as possible and for everyone to listen as I tell the stories.

You’re a self-taught multi-instrumentalist as well, how old were you when you first started to learn your first instrument?

So I first started learning the drums and that was really the only instrument I ever took proper lessons on and that was when I was about five years old. My parents got me a drum kit and then the rest from there is the guitar and piano. I just started teaching myself. Starting off with drums is really important because of having a sense of rhythm, at least I think I have that, and then I went guitar and then I went piano.

That’s a young age to start learning, it obviously instilled music in you from a young age.

Definitely, I think that’s where it came from.

You were set to tour with Emeli Sande but now it’s Aston Merrygold from JLS?

Yeah it’s changed, we’re not doing the Sande tour but I am supporting Aston for his dates May 3rd, 4th and 5th on the Manchester, Birmingham and London dates (respectively). So I’ll be supporting him this May.

That will be really cool!

Yeah I’m so excited, I’ve played little shows around here but that will be the first bigger shows I’ll be doing in the UK so I’m really excited about that! I’ve personally not met him but everyone has said he’s wonderful and I’m so excited.

As well as being a musician, you’ve also had some acting under your belt and you’re a lacrosse player. How do you find the time to do it all?

That comes more back in high school. My passion for film, acting and directing just local small stuff and then lacrosse and music, those three kind of took up my whole life. I still have a love for both of them. I don’t play lacrosse anymore because I’m not at school and there’s not much in the UK yet but I still have a love for it. My friends from college still play and it’s still fun to see it happening. And the film actually happened before I became a musician, not became, before I dedicated my life to being a musician, I thought it was going to be show and television.

Lacrosse is slowly getting bigger over here because I remember I played a bit in college during some lessons and my university has a pretty dedicated lacrosse team and they’re doing quite well I think.

Yeah it is, so how did you get into lacrosse?

In Massachusetts where I’m from, it’s so popular and around the East Coast area that you almost naturally kind of fall into it. You either do that or baseball.

Exactly, we haven’t quite got rugby yet. I know a few people do play it, it’ll come eventually.

What would you say has been your biggest achievement to date?

My biggest achievement to date… I think it would be right now, with people having faith in me to come over and work on projects. And then of course, the film I did in high school Crooked Arrow that started my whole acting and what would be my early career there. But I would say between those two. Although my biggest achievement is yet to come. I think there’s something on the horizon!

I look forward to that! We always end our interviews with some random questions. If you had to pick one song that made you want to be a musician, what would it be?

Closer To The Edge by 30 Seconds To Mars.

That is a good song!

Yeah I love that song.

Their new album is coming out soon as well.

What is your favourite horror film?

My favourite horror film… The Ring. The original of The Ring. They’re remaking it I saw but I like the original one. It used to scare me and my friends to death but its really cool. That was pretty funny.

The craziest place… I think it has to be the UK at this point, or Wales, just cause being from Boston (MA) I never thought I’d be over here. So to come over to the UK and play music is pretty crazy to me. In a year from now, I could probably top myself with something better than that too!

Most probably, we’ll have to come back to it and see.

Yeah give me a year of touring and I might come up with something pretty creative!

Thank you for talking to us today and I hope you have a good tour with Aston.