One of the first bands to feature on AltCorner when we first begun this website was Castaway. We immediately hit it off with them, firstly through them being some of the nicest people we’ve come across and not to mention, they had just released ‘Bleak’ … which still to this day is regularly played in […] 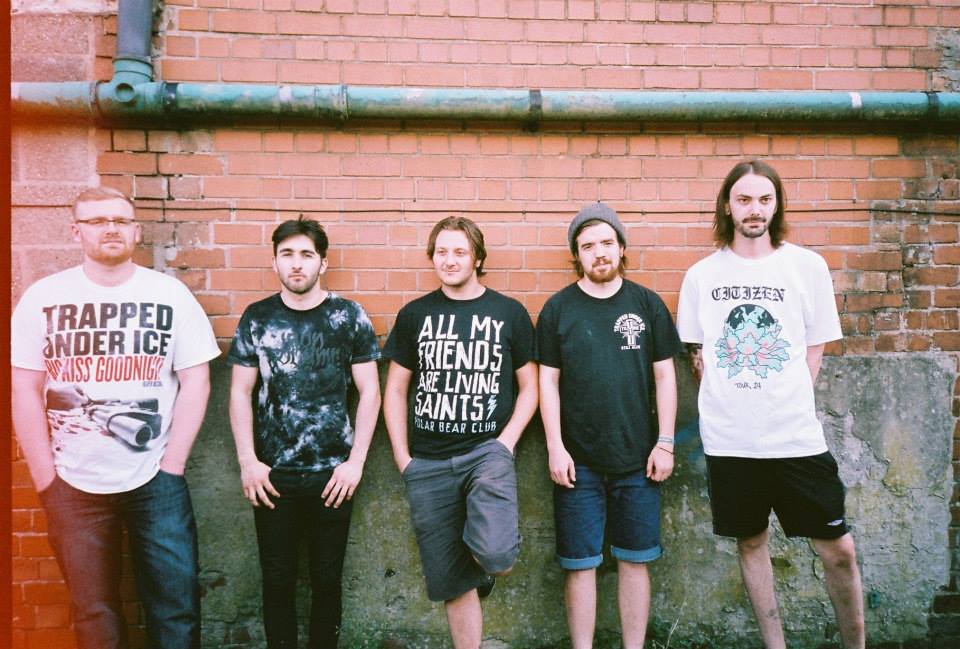 One of the first bands to feature on AltCorner when we first begun this website was Castaway. We immediately hit it off with them, firstly through them being some of the nicest people we’ve come across and not to mention, they had just released ‘Bleak’ … which still to this day is regularly played in the AltCorner HQ. We had a chat with Dan Hallam (Drummer) of Castaway for a bit of a recap of what has been happening…

Hello Castaway, now you first were on AltCorner the end of last year and evidently you’ve been busy and certainly added to your fan base since, how has the past few months been for you?

We’ve been a lot busier than we could’ve imagined! Show offers just keep coming in left, right & centre, which is amazing! We’ve all been pushing Castaway as much as we can & trying to do as much cool stuff as possible. Thankfully over the past couple of months, we seem to come across a lot of people that think the exact same as us & help us do exactly that.

Now, you released ‘Bleak’ in June and we loved it, how was the reception for this release?

The reception to Bleak is beyond mind-blowing. We was all saying how we’d probably get a couple of downloads at the very most when we was about to release. So far we’ve gone through a few hundred physical cds & downloads & nearly 5000 streams!

The fact people actually listen to music I’ve helped create is a surreal thought. I’m hoping our new release blows Bleak out the water however!

You’re set to release a split with Statues in May, how did this come around?

We met Statutes when we played a show with them in Nottingham around September ’14. This was put on by our good mate Jamie who runs Sad Panda Records (who’s putting out said split). We became good friends pretty much straight away & they discussed doing a split with us not too long after we played with them. We pretty much jumped at the chance, as they’re an incredible band. They’re all a great bunch of lads & we love their music so it would’ve been stupid not to take such an opportunity.

What can we expect from the split and how has your sound changed since ‘Bleak’?

For the split, we both recorded each side of the split with our mate Ian Boult at Stuck on a Name Studios (Basement, xRepentancex) & mastered by Bob Cooper (Citizen, Nai Harvest). Release-wise it’s going to be put out via both bands, Sad Panda Records are doing a tape release in the UK & We’ve got Hellur Records doing a tape release in the US. Digitally it’ll be available via all four bandcamp pages & via the usual online retailers too (itunes, spotify etc)

Both bands are massively looking forward to releasing this split. We both think it’s some of our best material we’ve written. We just need to release it on the general public!

In all honesty not much has changed sound-wise. If anything we’ve just progressed on what we’ve done before & fine-tuned everything. We’ve added a couple of new elements to the songs, which seem to work very well. The best thing about us is we always try to push into newer territories when it comes to songwriting & try different things.

You’ve done a fair bit of touring, what’s been the best show you’ve played so far?

We’ve played a fair few amazing shows throughout the past year or so, these ones are the ones that stuck in my head:

1) Supporting Clearer the Sky in Nottingham. Back room of a pub with next to nobody there. This was where we met Statutes & Jamie for the first time, which changed everything completely for us. Clearer the Sky are also one of the best bands I’ve ever witnessed with my eyes. Incredible.

2) Youf house show. About 30/40 people crammed into Ash Swain’s (Youf guitarist) living room. Literally every local emo band played, everyone was going mental for each other. We played last & just remember not being able to hear anything other than everyone singing along. That & seeing Danny headbutt Jay during one of the songs…

3) Nottingham Pop Punk Festival. After 3 or 4 hours of posi jumps, blink 182 covers & all that bollocks, we went on to play. People were not expecting us at all, we saw a lot of people run away!

4) Vic Inn at Derby. One of the best stage sounds we’ve had at any of our gigs, shame we played to literally 3 people… Still didn’t stop us losing our shit however.

5) Supporting Dead Harts in Mansfield. We played just before Dead Harts. We also played after a powerviolence band, a Melodic hardcore band and a Deathcore/slam band…

Castaway are certainly gathering a lot of traction recently, do you sit back and congratulate yourselves or do you keep moving forward and onto the next goal as such?

Not so much really. We’re all extremely proud of what we’ve achieved in not even a year of being an active band, but we’re always looking towards the next milestone really, & how we can push ourselves even further.

After speaking about ‘goals’ what are Castaway’s goals as a band?

I think our overall main goals is to just keep on making music we enjoy & keep bettering ourselves along the way, along with playing awesome shows alongside it.

For the band I’d have to say any band like Title Fight, Basement, Balance & Composure, Polar Bear Club, Superheaven, Nai Harvest, Citizen, Diamond Youth, Touche Amore, Pianos Become The Teeth Nothing, Whirr, Milk Teeth or anyone else from that particular scene.

I will say if I ever got to share a stage with Morrissey, Converge, American Nightmare, Rancid or Glassjaw. I could walk out, shoot myself in the face & die a very happy man hahaha!

The UK is a real hot bed for talent right now, who are some of your favourites?

There have been a lot of amazing bands we’ve had the pleasure of playing with. My full list is: Statutes, Youf, Max Jennings, No Honour, Go Fast or Go Home, The Winter Hill Syndicate, Carcosa, Spanish Wives, Merrick’s Tusk, Bluebird, Clearer the Sky, Drain, Gravity Grave and Armed with Books

Smashing pumpkins most definitely. The amount of times we go through Bullet with Butterfly Wings at practice, we’d probably owe Billy Corgan some form of royalty fee!