Canvas take on the A-Z challenge

Canvas have just revealed new single Haunt You and a November tour! The run of dates follows their new record Worry‘s release on October 6! We asked the band’s Ricky Clarke to take us further into the world of Canvas by taking our A-Z challenge!   A song that made you want to make music? […] 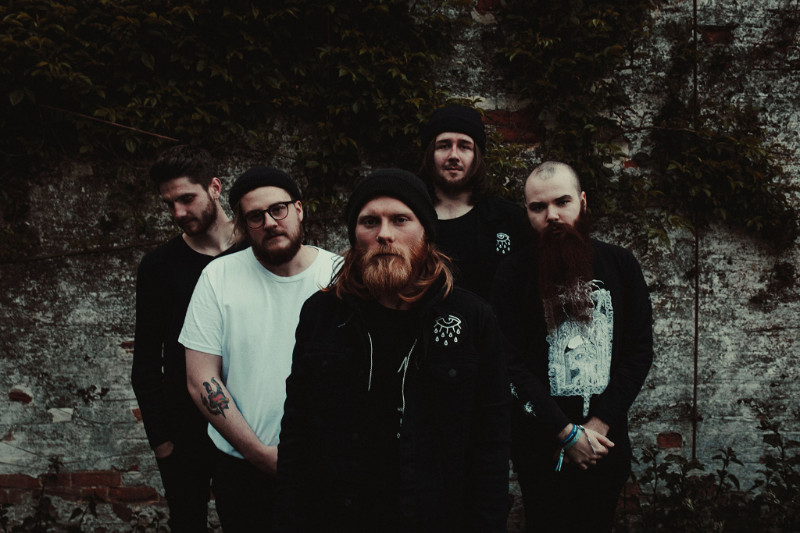 Canvas have just revealed new single Haunt You and a November tour! The run of dates follows their new record Worry‘s release on October 6! We asked the band’s Ricky Clarke to take us further into the world of Canvas by taking our A-Z challenge!

I had never heard so much aggression in any song before, the whole Worship and tribute album made me want to create music and not give a fuck what other people think

Probably something out in Europe we have had some pretty cool riders over there!

Supporting Comeback Kid, one of my favourite bands, that memory will stay with me forever.

I don’t know if we have one particular phrase or lyric that stands out to me, I think all the words written on ‘Worry’ resonated with me and the guys during writing the record at some point. I can still listen back and read through the lyrics now and remember and feel exactly what I felt when writing them down.

That’s the beauty of creating any art it’s like a time capsule, a moment in time you can freeze any emotion or memory and revisit it.

Our first single The End came together very easily – It took honestly about 10 minutes for everything to fall into place. Everybody was on exactly the same page and the track basically wrote itself

There are far too many reasons as to why its difficult being in a band, however I think something any musician or artist can related to is money haha.

Umm we are pretty average, uninteresting people to be honest. The only thing I think of off the top of my head is that Jon our drummer and Chris our guitarist are brothers!

Way too many to mention. I sometimes feel like people outside of us 5 have a hard time understanding 80% of what we talk about due to the amount of stupid little jokes we have amongst ourselves.

Don’t suck at it.

We drove 13 hours from like Italy to Poland or something whilst out on tour in Europe once. That was pretty long.

Our friends have just put a band together called ‘Modern Error’ and the stuff they are bringing out is great!

Touché Amoré or American Nightmare would be amazing!

Anywhere, we will literally play anywhere.

Haha I don’t think I am wise enough to pass on any quotes or advice. Ask me again when I am 60 or something haha.

Not at all I feel like there are some incredibly exciting and talented bands coming up right now who are hungry for it and that is inspiring to see!

We tend to stick to the traditional t-shirt / long sleeve. Maybe a patch or a hoodie if we are feeling particularly adventurous!

No I feel like they were wrote to be played and performed how they come across on record and live. If we wanted to do a different variation of a song we would probably just write a whole new song in that variation ‘style’.

The cliché ‘everything’ – No in all honesty the fact anybody gives a shit about what we do is always mind blowing. Every single person who has spent time finding out about us, came to a show, picked up music and merch and taken care of us and made us feel welcome so far away from home we will forever be in debt too.

Jon broke the ligaments of both of his knees one time, he had to have an x-ray I think.

We have probably taken too long at a services station or something. We like to browse.

Probably the animal that nobody likes. A bug or something.