Cambion Talk New Virus EP, Their Time As A Band And The Metal Scene

Cambion released an extended edition of their EP ‘Virus’ recently, featuring two new tracks. We had a catch up with the band and spoke about the new release, their time as a band and the metal scene right now. 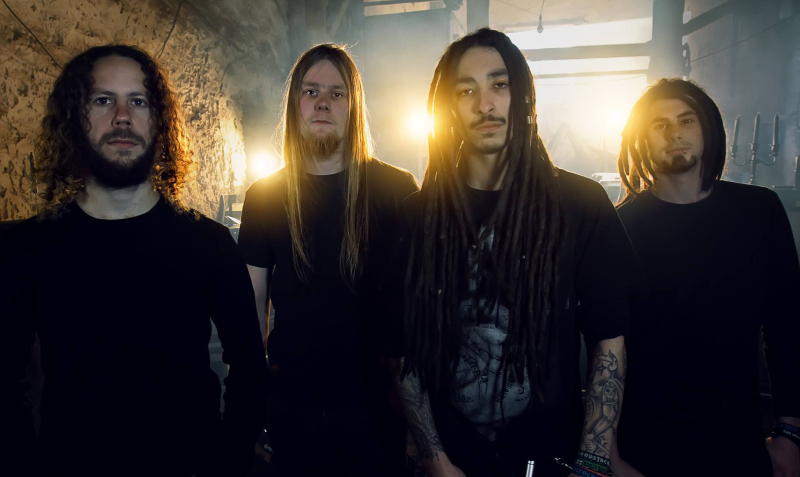 CAMBION have been making a name for themselves in the metal world since forming in 2009. They have played up and down the Uk and a couple of times in Europe, sharing stages with the likes of Scar Symmetry, Circle of Contempt, Evile, Sacred Mother tongue,Breed 77, and toured with Chris Jericho’s band, Fozzy, and many more! Cambion released an extended edition of their EP ‘Virus’ recently, featuring two new tracks. We had a catch up with the band and spoke about the new release, their time as a band and the metal scene right now.

Hello Cambion, how are you today?

Hi! Yes we’re all doing good thanks! Enjoying the sun while we still have it around!

You’ve had quite a ferocious rise since forming in 2009, how do you feel when you look back at the time you’ve been a band?

Yea it’s certainly been a journey! We’ve had a lot of up and downs, but having such a mutual understanding and passion for what we’re doing means everything keeps it’s balance in the band. We have been through some amazing times together though. Touring is an amazing thing, and stops us from going completely insaine.

You released an extended edition of ‘Virus’ recently, what made you re-release this EP?

We felt the Virus E.P deserved a re-release to try and get it more national exposure as we feel more people really need to experience it. Plus it’s given us a chance to give the fans a very small taster of what to expect with the new album by adding on Mechanics of Extension and Hetrodox. However we’ve evolved even more since recording these tracks, so even they struggle indicate quite what we have up our sleeves!

How has the reception been for ‘Virus’?

We’ve had quite a few new listeners and fans enjoy the Virus EP, and people who are familiar with it all seem to be giving off a good vibe about the extra tracks! We’re certainly happy with it, and hopefully manage to get it out there as much as possible.

Now you’ve played with countless amazing artists in your time, who has been your favourite?

We’ve enjoyed playing with so many people it’s such a difficult question. However I think in rescent years the two tours that stand out for I think all of us are when we went out with Exist Immortal, that was wicked, and we love what they do. Of course we have to mention our run with Beholder, touring with those guys is dangerous!

You are looking towards creating your debut album, why have you decided to release EP’s and wait for the album?

We wanted to create a bit more of a build up for the album, and we also felt that we could get more out of Virus.

How are you going to evolve your sound for the full length release?

Our sound is forever evolving as we write each song, we all know what we’re aiming for but every time we supprise ourself with the musical results, so we’re putting lots of time and effort in and going with the flow, which is deeming to be a venturous journey! We think the album has a sound which differs from Virus, however it still has the power and energy that Virus has. We always want to appeal to fans of most genres of metal, so we couldn’t really pidgeon hole it. If people want to that’s fine, but to us it’s all just about the progression of music!

2015 is looking good for us! Enough shows to keep us out there with the fans and enough room to hopefully finish off the album.

With the metal scene very much alive and well right now, what artists are you enjoying?

We all have quite a varied taste in music, but there are a few mutual band we love all the same! At the moment some of our main inspiration are bands such as Monuments, Sikth, Periphery, and of corse Meshuggah who have a huge impact on us all!