Call to the Faithful take on the A-Z challenge

Our A-Z challenge is a fun way to get to know the many bands and artists around. Here its the turn of Call To The Faithful. 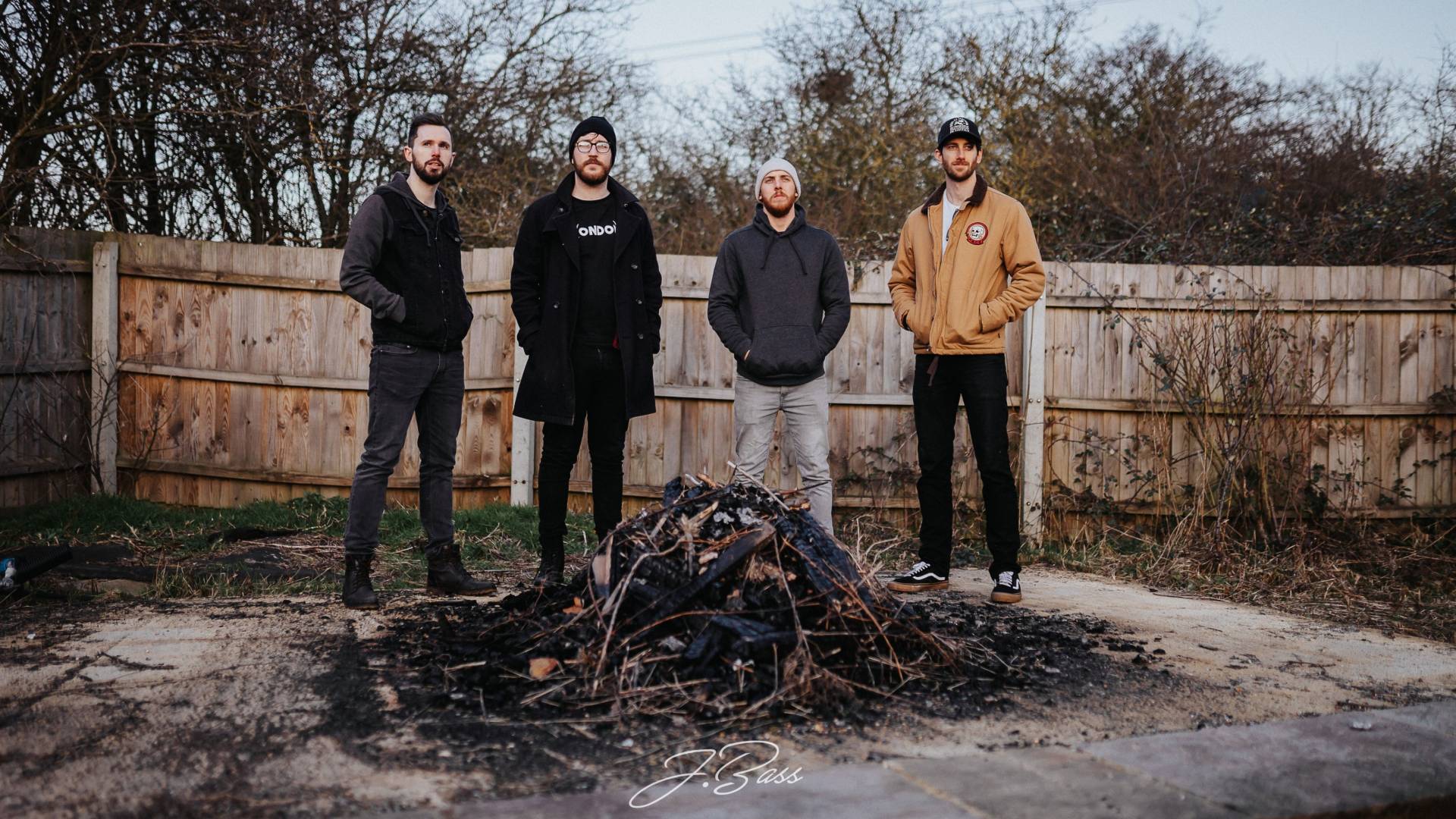 For our vocalist Matt, Last Resort by Papa Roach was the song that made him want to make music. That legendary guitar riff married with the punchy and meaningful subject matter together in an iconic video. Everyone who felt like they didn’t fit in related to this song at the time and we hope that we can make music that people can connect with and relate to in a similar way.

The best we can hope for at this stage is free booze – pink gin in a can probably the highlight so far.

It’s always pretty crazy hearing people sing our songs back at us.

The closing line to our upcoming single ‘Demons’ is “You just needed a friend”, which we think is super powerful. Despite all that life throws at you, or whatever battle you are having with your own head, then as long as you have someone in your corner then you have a fighting chance of overcoming anything.

We had this song 5 O’clock Somewhere which was the first song we ever wrote. It’s essentially a classic rock song about getting drunk all hours of the day that’s about as cliché as you’d expect. We still get requests for this in our sets a lot and occasionally we will throw it in but it’s mostly been cut from the set because it just no longer has a natural position in our shows.

Ultraviolet Wasteland, our debut single tends to get the best reaction from the crowd so we’ll usually open or close with this one. It’s got that fierce breakdown that you can just ride out and have a lot of fun with – one or two of us usually ends up in the crowd at this point.

Frank Carter is someone we look up to and respect a lot as an artist. He makes incredible music and he stands up for causes that mean something to him, so we’d love to collaborate with him.

Just the constant hustle, pushing and promoting the band and the money you have to sink into it just trying to get these pieces of work you have poured your soul into for months and months in front of the eyes and ears of the people you think need to hear it.

Our guitarist Oscar was a five-time national kickboxing champion.

There a few, be it Ethan’s massive head, Will’s baldness or Matt’s brummy accent. We’re all great friends and fortunately a little light-hearted banter amongst us we find to be quite healthy.

100 miles from our hometown in Peterborough to Cannock, where Matt grew up. We put on our first ever headline show at The Station in Cannock and had the best night performing to over 100 people, it was insane.

We watched the Parkway Drive documentary ‘Viva The Underdogs’ recently and they are so inspiring. To achieve what they have whilst being entirely self-managed is absolutely insane – plus their live show is just next-level – we think they are one of the bands setting the bar for the intensity of their shows.

Sleep Token are absolutely killing it and probably the most exciting new act coming through nationally. On our local scene, there are loads of incredible acts kicking onto the next level coming out of Cambridgeshire – Dead Reynolds, Tom Lumley & The Brave Liaison & Dear Monday to name just a few standout acts.

Opening for Rage Against The Machine would be out of this world.

We’re yet to properly tour the UK so that is the first objective but beyond that we think it would be great to hit the road in the US.

Ethan likes say a piece on stage encouraging everyone to look after one another which he usually summarises with a closing statement like “Don’t be a c**t, just be nice to each other”.

‘Demons’ is written from the perspective of someone that is battling the demons inside their own head. Mental health is a topic that we are so passionate about and we wanted to write a song that touched on that which we hope will resonate with people and help them process their own battle. The single is coming out during mental health awareness week and we are going to donate all proceeds from it to a mental health charity.

Once this pandemic is over then you can expect to find us at rescheduled shows across the UK in London, Northampton, Rotherham, Cannock, Stamford, Peterborough & Cambridge – dates TBC.

No – there’s so much new and exciting stuff coming through. Anyone who says that just isn’t paying attention to all the great new bands coming through. Rock’s definitely not dead, it’s about as healthy as it’s ever been.

We did a Valentine’s day card last year which was quite popular – that was pretty unusual.

A dubstep remix of our debut single Ultraviolet Wasteland, or a Mongolian Throat-singing version of any of our songs.

They both mean the world to us. Joking aside, we are yet to encounter anything but positive support. We like to think that our ethos and the things we stand for and write about tend to invite morally sound individuals that just want to be kind to each other, and long may that continue.

Matt blew his voice out recording the scream vocals to Ultraviolet Wasteland and had to go on voice rest for about 8 weeks. It wasn’t something he had really done before and heading into the studio the song didn’t really have the screaming element but it was just something we decided to play around with on the day. Consequently, he hadn’t really prepared himself or warmed up for that level and even though the end product blew us away, there were definitely some lessons for him to take away from that.

Both Ethan & Matt have a tendency to underestimate their pre-performance bowel movement, so there’s a good chance we are waiting for them to finish up before we can hit the stage.

A Liger – we combine the best parts of ourselves to make something fierce that’s bigger and better than the sum of it’s parts.