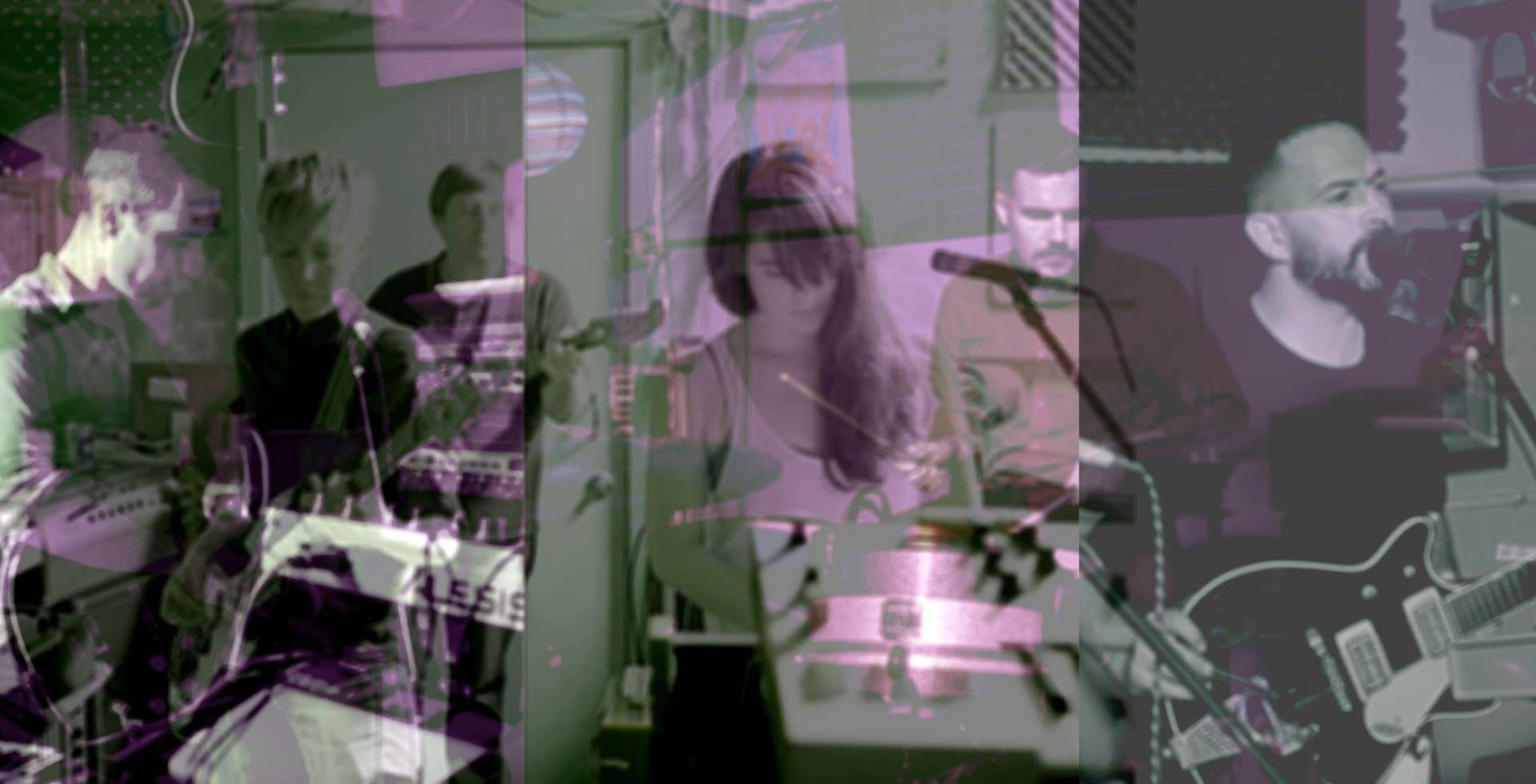 Hello NRVS LVRS, how are you today?

Doing well. It’s 1am over here in San Francisco, so just being a night owl as per usual.

Firstly, one of the most intriguing things about you is your name, so why did you choose
NRVS LVRS?

I thought of the name “Nervous Lovers” for another project, but it seemed to fit a lineup of men and women better.
I started abbreviating it in emails, and our guitarist Rye said, “That looks good. Let’s go with that.” Rye has impeccable taste in band names, so it was clear to me we had found ours.

You combine a number of genres and styles in your music, how did you arrive at your sound? And how do you continue to develop it?

We arrived at it naturally. We’re fans of both electronic music as well as rock and roll, and playing electronic sounds in a rock band setting was a fun thing to do once we figured out how to pull it off. We pretty much love certain guitar tones, so we combine those with synthesizers and circuit bent sounds which are so malleable and inspiring. The drums & bass tones shift to support those as we see fit.

When you were making ‘The Golden West’ did you have bands who inspired you? And what were your aims when recording the album?

Kate Bush is always a source of inspiration. While our music is different, we certainly seek to create with that same childlike reckless abandon that she does. Every member brings his/her own sensibility & influences to the music and leaves a stamp on it. Frankly, we just want each song to be good. Now, looking back at them, I’m happy enough with what we’ve done on this first record, but I hear the things I’d change and what I’d do different now, so it just gets me excited for the next batch of songs.

Your lyrics are heartfelt and personal and delivered in a soft manner, how do you approach your song writing?

Like a garden, you’ve got to churn up a lot of shit before anything will grow. Occasionally, we get lucky and lyrics will spring forth fully formed, but usually the melodies are crafted with nonsense words, and then we try to go back and match the syllables with words that evoke an image. It takes place in this weird spot between intent and not trying too hard, where we’re almost half-awake and not fully aware until we’ve caught a butterfly in our net. Then we write it down.

Obviously all members of the band are immensely talented and close friends, does the friendship you have help or hinder you?

In a band or a friendship, it’s important to have mutual respect and to be able to communicate with each other. I’ve never been in a band where I didn’t really enjoy the company of the people in it, so I can’t really say how that would be. I don’t imagine I’d stand for it. I can only guess as to what touring would be like in that situation.

What music are you currently listening to at the moment?

Do you think that artists try too hard to be like their inspirations and lose some integrity and uniqueness?

I can only speak for myself, but I certainly tried on different vocal and musical personalities when I was younger and ended up sounding like a C- version of Radiohead or whatever. I think it’s part of finding your own voice. Discovering your own limitations can be disheartening, but it’s also really freeing, too. I don’t have a 5 octave range, so why try to write songs as if I do? After you decide to work with what you’ve got, the uniqueness is already there, already built in.

What’s the plan for NRVS LVRS this year?

We’ve got some great shows coming up here in San Francisco, one of which is a middle slot supporting The Tropics, who are making quite the names for themselves here in the city. Really excited about that, and we’ll have some new videos, too. A second record is pretty much already written, so we just need to find the time to record that properly.

Where do you see yourselves in a year?

Hopefully doing the same thing for a larger audience and bringing our music outside of the US.

If you could collaborate with one artist who would it be?

I already get to collaborate with some of my favorite artists in this band. They get me, and I think I get them. I’m not averse to branching out and making music with already established acts, and, considering I have a hard time saying “no”, I’d probably play music at least once with anyone I got along with over a beer. Having said that, Brian Eno.