Bloodlines take on the A-Z challenge!

Scottish rockers Bloodlines are set to release their new EP Primal Cuts on March 16th. We asked vocalist Jamie to tell us more about the band by taking on our A-Z challenge! A song that made you want to make music? Its probably something I hate now! I’ve wanted to make music for as long as I can remember and was a […] 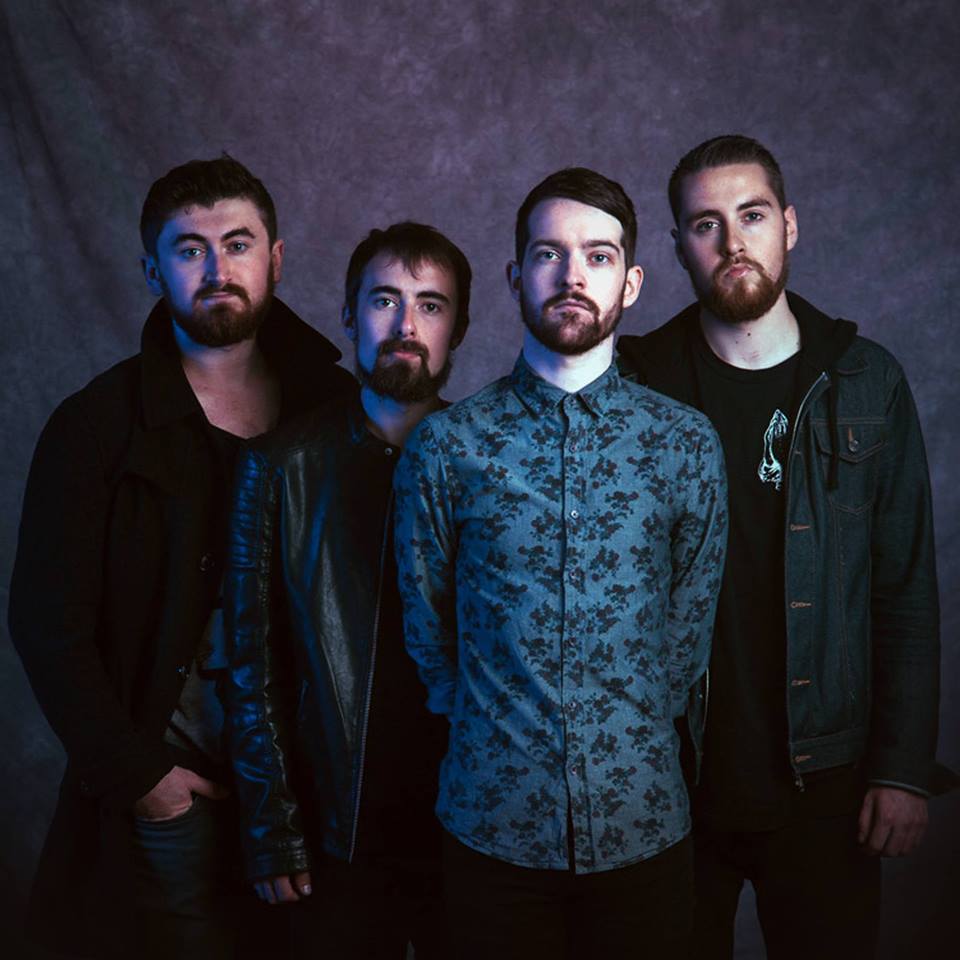 Scottish rockers Bloodlines are set to release their new EP Primal Cuts on March 16th. We asked vocalist Jamie to tell us more about the band by taking on our A-Z challenge!

Its probably something I hate now! I’ve wanted to make music for as long as I can remember and was a brit-pop baby and was raised on it! Not keen on it now but definitely played a massive part in my childhood.

Our best riders are probably the least memorable because they are just everything you need! We had some absinthe cocktails at a festival we played in Aberdeen last year which was quite quirky, theres photos of us somewhere looking like… well like we had had absinthe cocktails haha! We aren’t too fussy when it comes to riders though! Some nice food and a slab of cans and we are happy!

Having our show being shut down at a festival last year was pretty crazy! It was noon we were on but the tent was jam packed! Everything got a little bit too rowdy and the red card was pulled out! I never even knew they existed to be honest haha!

It’s probably a lyric from our track ‘All Your Love‘ which we put out last year. All my lyrics are really personal and this track is about helping my friend through the lowest point in their life and doing everything I could to make sure they were okay and to try and bring them back up. So I feel the lyrics from this track are probably deepest to me because they are about observing someone else and their problems. I think its because I don’t have a problem explaining lyrics about my thoughts or feelings, but because this track is essentially about observing a friends thoughts/feelings/mental state its not really my place to spill all they have went through!

Skeletons, its a straight up two and a half minute rock track! The main riff is just one note repeated and bent! In the whole whole track I just play four notes and use just one string haha! We initially were in the studio recording another song when we jammed the riff our producer Paul McInally picked up on it, we went away to finish it and were back in a few days later! We had a basic structure but the song wasn’t complete, it all came together really nicely though, I feel when writing something so straight up and simple it just naturally all comes together and flows very smoothly.

Skeletons again probably! Being so simple to play and being so straight up just means we can let loose! There’s no intricacies we need to really focus on its just a fast paced song full of energy that really drives us!

Its probably someone like Dale Barclay from Amazing Snakeheads/And Yet It Moves, he’s influenced my vocals a lot on this EP, he made me realise how important emotion and delivery is with vocals rather than having clean cut perfectly pitched notes. The dynamics in his vocals are insane and you feel like everything he says he means, I listen to his stuff and I’m like man this guy is fucking mental and I love it! There’s a lot of amazing spoken word guys out there doing stuff that puts emotion across but it always feels a little forced to me but I don’t get that with him!

Probably compromising! We tend to be on the same page but there’s some points where heads butt and you have to drop something or let someone do their thing!

Stephen our bassist can’t burp, not that interesting but we find it amusing!

We would get in a lot of trouble if they were publicised haha! Although a lot of our jokes are just in jokes just mocking each other! Most common appropriate jokes we have about us:  I get them for disappearing/not lifting stuff when theres load outs, Andy gets it for… Well just being Andy, Stephen gets a lot of grief for his accent and drummer Jamie gets them for loving golf (he really does love golf).

Just roll with it, do what you want, don’t feel you have to abide structures, song lengths etc. If it feels right do it. But. If it feels wrong and you like it do it… Also not necessarily the key to writing a good song haha!

Glasgow > London (409 miles) in a day, hopefully will be getting out to play some European shows later in the year too which we are looking forward to.

Billy Lunn of The Subways is always great. Unforgiving energy and some crazy antics. Watching Frank Carter is impressive too- the way he controls the crowd is amazing. He once got a few hundred folk to run around and around the outside of a tent at a festival. After about 5 minutes we all just started looking at each other asking “what the f*** are we all doing?!”

We’re touring soon with a band from Hastings called Kid Kapichi– they’ve got a really cool vibe so I’d say them!

I think we would all like to hit up Germany! We will be looking at it towards the end of the year which is cool as its very achievable! The states would be cool too… To be honest though we will play anywhere we aren’t too fussy!

“Possessing a rugged, relentless and fearlessly energetic sound that jolts you into life from the first chord” – Tennement TV

The EP as a whole is about fears, phobias and the festering thoughts that come with them. The title is about the phobias primal cut that breaks you down.

Disagree. I feel music now more than ever has no limits, theres a genre for everything, theres an audience for everything. I think maybe being in the industry before piracy would have been exciting, but you need to move with the times!

We just recently had a crowdfunder one of the bundles/pledge options included some pictures of our dogs.

Orchestrated pieces of unusual or more commercial songs I always find really interesting! It feels like a completely different delivery to modern music so when the two come together Im always really intrigued by it! So that would be cool! Theres a Glasgow string quartet called Cairn String Quartet who I find really interesting and are worth checking out!

They do mean a lot to us, recently we had done a crowdfunded campaign to fund the last bit of our EP, I was initially skeptical but the response was outstanding, we smashed the £1000 target in a matter of days which we didn’t really expect. Theres a lot of people who show a lot of enthusiasm towards us and our music but I think this was the most recent thing that made us realise how much people are backing us.

Andy broke his toe jumping off something on stage a good while back! Didn’t know about it for a few days either! Also our bassist Stephen done his back in about a week before we played our biggest headline to date, he was lifting a heavy amp to the boot of a car himself (probably trying to impress us) and it went! We were pretty terrified we would have to pull the show which was already pretty much sold out!

Our drummer Jamie  (although he will argue it) I genuinely can’t remember the last rehearsal he has been on time for haha! Awful with timing – funny that as he’s the drummer!

Dog, we can’t get enough of them, if you haven’t heard of the Facebook group called Dogspotting we would highly recommend you get involved! Also we realise a dog isn’t a zoo animal… but what if it was a shih tzu ?