It’s release day for Blindwish and their fantastic debut album Good Excuses! We had a chat to Zack David, frontman for the Texas based rockers about the album, working with John Feldmann and telling lies… You’re releasing your incredible debut album Good Excuses on Rise Records on September 1, are you looking forward to getting it […] 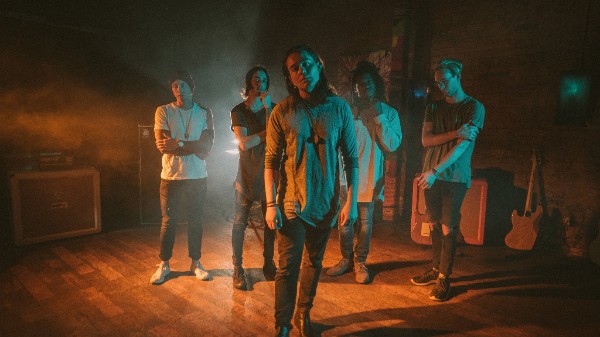 It’s release day for Blindwish and their fantastic debut album Good Excuses! We had a chat to Zack David, frontman for the Texas based rockers about the album, working with John Feldmann and telling lies…

You’re releasing your incredible debut album Good Excuses on Rise Records on September 1, are you looking forward to getting it out there?

We’ve been ready for a long time to finally release this album, so we’re so excited to finally get this album out there.

You said in a previous interview that you recorded the album in May 2016, and a year later, you finally release it. Some artists find that they change their mind on certain parts of records during the wait for release, have any of your thoughts changed on the record throughout that time period?

There’s nothing major I (Zack) would change about the album. After listening to it for a year there’s little things like vocal harmonies I would have liked to add or guitar parts we play live that I would add to the recordings, but I still love every song on the album and wouldn’t change the songs.

Can you tell us a bit about the inspiration behind the album?

Our album can be described as moody, and lyrically its for sure a theme throughout the album. Anxiety is also a major theme, and was also a working title for the album at one point. I’m a very anxious person and it shows itself in my lyrics and musical choices.

Two of the tracks on the record were co-written with John Feldmann. What was it like working with such a well renowned musician and producer?

Writing with John was an amazing experience. He’s an incredible song writer, as are his engineers Zakk and Matt, and the album wouldn’t be the same without all three of them.

Can you give us an insight into the inspiration of your latest single Single Word?

This song actually has exactly what it means right in the chorus, “I don’t want my whole life confined to a single word”. No one wants to be just one thing, and no one certainly wants to be confined to ANYthing. I’m the vocalist of this band, but I’m also a songwriter, a guitarist, a pianist, I own a company that’s on Warped Tour every year. Everyone has so much more to offer than one thing, don’t let anyone confine you to a single word!

Do you have a favourite song on the record?

My favorite song is our 5th song “Down”. Its a stripped down acoustic song that has a lot of personal meaning to me. The song can be interpreted a lot of different ways, so listen and come up with what it means to you!

Do you have any plans to tour the record?

We always end the interviews with some random questions. If you were going to cover one current pop song, what would it be?

You’re about to head out on your dream tour, who would you be touring with?

What was the last lie you told?

Good Excuses is out now on Rise Records and available through all digital platforms.