blanket take on the A-Z challenge

Following the release of their live performance of stunning documentary Fragments Of A Dream and on release day of exhilarating debut album How To Let Go, we spoke to Bobby Pook, frontman of Blackpool’s incredible cinematic rockers blanket to delve into the world of the band as he takes on the A-Z challenge! A song that made you […] 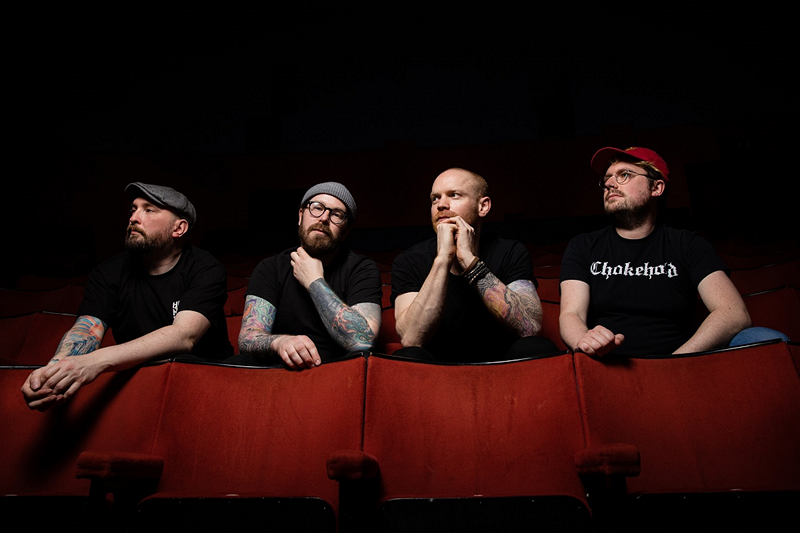 Following the release of their live performance of stunning documentary Fragments Of A Dream and on release day of exhilarating debut album How To Let Go, we spoke to Bobby Pook, frontman of Blackpool’s incredible cinematic rockers blanket to delve into the world of the band as he takes on the A-Z challenge!

It was in Birmingham bout 7 years ago – we got 2 bottles of Patrón tequila, all different hot foods, loads of beers, easter eggs, cakes, cheese boards, M&M’s with removal of the brown ones, Gio Ginello Ice cream, spirits…mental. No one needs all that.

Taking all the furniture from the hotel room of a band we were on tour with and setting it up on the roof, but all in the exact way it was in the room.

‘A Sky Filled With Ghosts’ – we wrote the whole song in a night, a few hours, and it’s my favourite song on the record too.

Guest you’d most like to join you on your record?

Shelly has a degree in Political Science

Well it depends, if you want to write an atonal serialism piece you could smash a piano and record that. In the more traditional sense I guess it’s just coming up with an interesting chord progression and a 10/10 stunner of a vocal melody.

Krakow to Blackpool, in a day – that was coming home to be fair.

I’ve not toured China yet, I bet it’s crazy.

The lyrics have a lot to do with a feeling of insignificance, but that this feeling is not necessarily a bad thing. The title, which Simon (Morgan, guitar) came up with, seemed to really fit.

Not really. I mean, I bet they were exciting, but there’s new great artists doing great things all the time.

I would love someone to do electronic remixes, kind of a future vibe would be sick.

Like, we don’t write for our fans, we write for us, but without them we’d be nothing.

The rubberneckers on motorways