Blacktoothed take on the A-Z challenge

Our A-Z challenge is a fun way to get to know the many bands and artists out there. Here it’s the turn of Hendrik, vocalist of Blacktoothed to tell us all about the band. 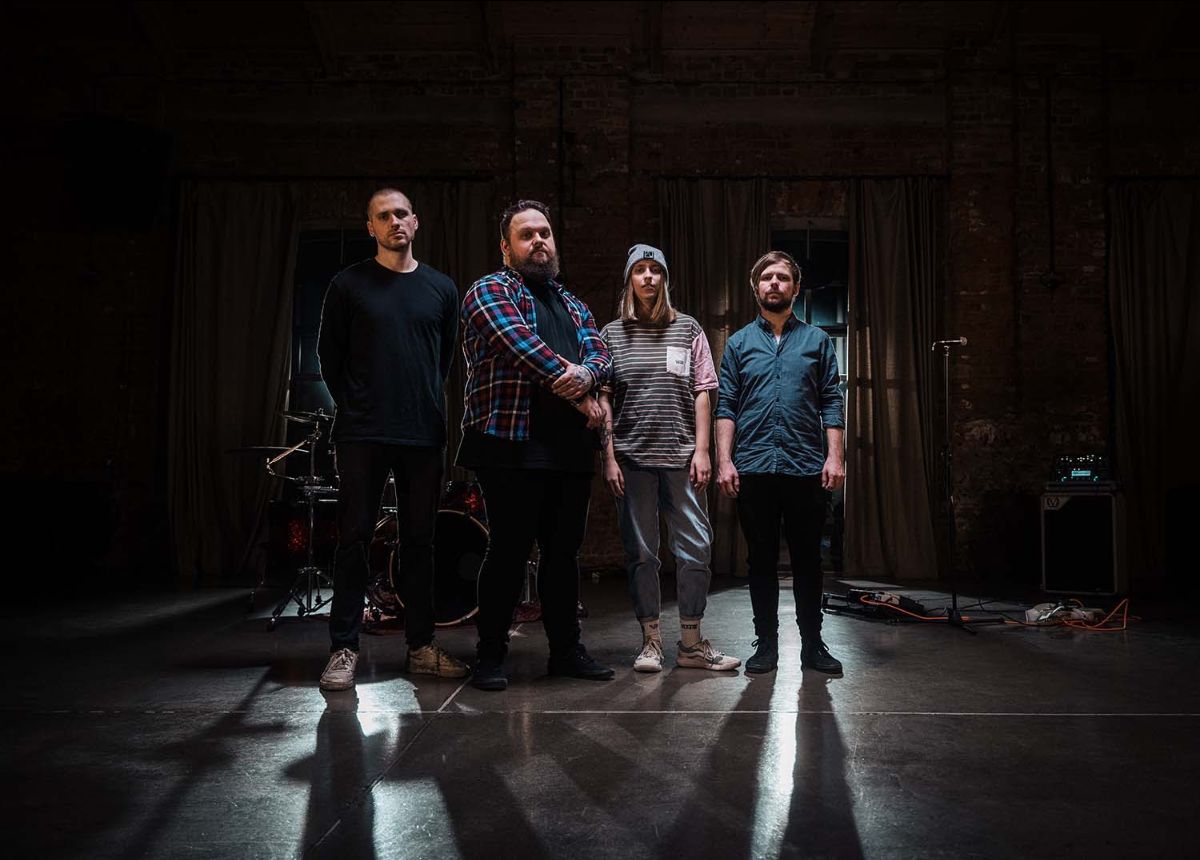 Where should I start, there are so many!

In general my mother brought me into music. She is a music teacher and trained me in playing guitar, that’s where everything starts. But to choose a song I would say ‘Out in the Cold’ or ‘Priest Live’ by Judas Priest.

I’m not sure what exactly you mean by rider, I’m assuming catering at a show.

Back in the day we played a small show in front of 80 people I guess. And the catering was like a Christmas dinner. Like turkey, Ben & Jerrys, lots of booze and sides. Amazing 😀

Deepest  lyric one of your songs features?

All of our songs have deep lyrics, but I personally feel that ‘Pulse’ is the deepest and heaviest song. The song is about depression, emotional states, loneliness and fear.

Deep part of the song:

“Solitude spreads within as the world lays down

The contentment I seek, so distant, so far gone

It’s a never ending nightmare of not being in control

The easiest was ‘If You Wanna Say So’ because this is what we’re doing, old school 80s rock with some fresh modern vibes.

Favourite  song in your set?

My personal favourite song in the current set is ‘If You Wanna Say So’. The song is super groovy, strong rocking vocals, a mega guitar solo. The song is just fun to play.

Kassim Auale, formerly from the band Alazka, can be heard as a guest singer on ‘Pulse’. That’s a big deal for us and we’re super happy that it worked out. He’s just an incredibly good singer.

The business itself is not easy. You always have to be up to date, be it with promos, social media, musically, internally and of course live. It all has its pros and cons. But we knew that. So there are no excuses 😛

We had a great joke. When we had meetings to plan next steps someone always said the following: “I’m out.” That was funny… But when our bass player at the time didn’t come back, the joke was over. Haha

Of course I can’t speak for Matti, because she writes almost all the songs. But I think it’s important to have the time for it, as well as mood and what music you’re listening to at the time. It depends on the shape of the day.

I think the longest distance we have driven so far is to the Netherlands, about 600km.

Definitely bands like Future Palace, Chiefland or Inner Space. Check them out!

In general, every tour is cool! But specifically, would say for Future Palace, Annisokay etc. If we are talking about big bands, then it would be amazing to support The Camino Band or Don Broco.

Definitely in the US.

“We showed you that school doesn’t have to be the worst years of your life.”

That’s actually a good reason! Matti’s mom has helped us a lot in the past! The album would not have been possible without her help. Thanks again at this point! Matti’s mom’s name is “Juliane” and we chose “JULI” as a short form. Btw, Matti’s mom is the therapist in the ‘Pulse’ video. <3

We have a few shows planned but we are 100% focused on the release of the album. You can see upcoming shows on our social media.

I mean I’m 35, the oldest in the band, so I can only speak for myself, but yeah! Don’t get me wrong, there are super good bands, modern, fresh and awesome. But I grew up listening to bands like Judas Priest, Kiss etc. Nobody does that anymore. I hear stuff like this over and over again. I love it.

Not directly, but I have a fan gift. A heavy teddy bear with a metal vest and a Blacktoothed shirt on.

I think I speak for everyone that we would like to do an emotional, acoustic version of ‘Pulse’. Otherwise a cool remix of one of our songs, I think it’s nice.

We have fans? 😀 just kidding

I mean it’s obvious that without fans we’re nothing. We have met the most loyal and dearest people. People who feel touched by our music. Some have had terrible times themselves. We love our fans and try to answer every message that reaches us.

And if even just a “thank you” comes back, it’s the best feeling in the world!

Thank you for your support! <3

X-rays or any. treatments needed for band injuries?

I tore my plantar tendon at a show a few years ago. I almost fainted, but the worst part was it happened in the middle of the first song. Our set at the time was 1.5 hours long. I tried to numb myself with alcohol, but that didn’t help other than getting completely drunk. After the show I was carried straight from the stage into an ambulance and taken to the hospital. The doctor treating me wanted to operate on me that same evening. Thank god I was drunk haha. Conservative therapy: six weeks of walking with crutches and physiotherapy. That was crazy! To this day I don’t know how that happened.

It’s always the fault of others! Haha

I quote: We are like a snail, coming slowly but with a lot in our luggage.