Our A-Z challenge is a fun way to get to know the many artists around. Here its the turn of Black Tree Vultures to tell us all about themselves. 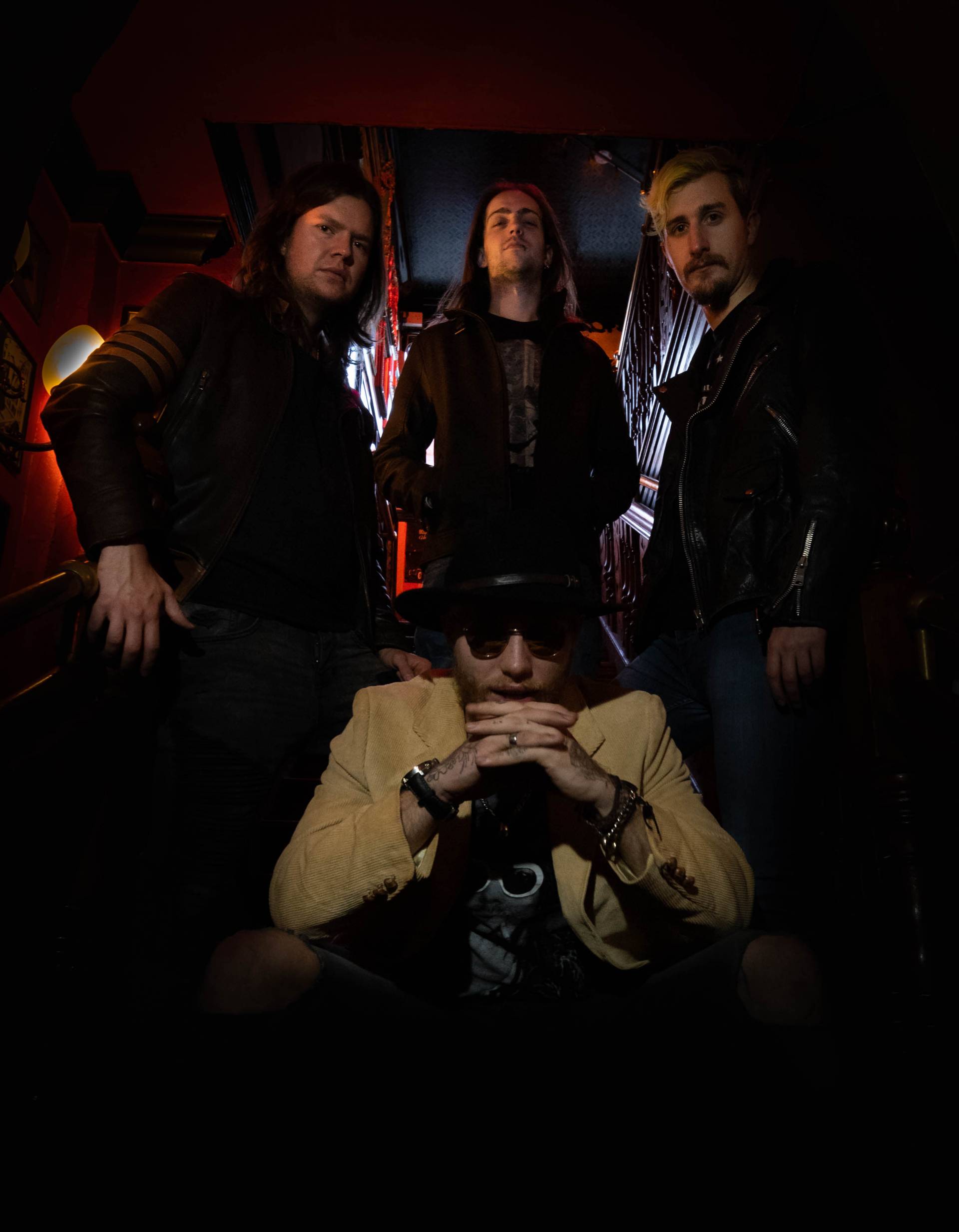 Growing up, I have had a different taste in music compared to the other boys. While they grew up with the Maidens, Sabbaths & Metallica’s of this world. Bob Dylan has always been an amazing inspired icon of mine. So in answer to your question; “Blind Willie Mctell” – Bob Dylan

We played a festival in Holland called Wollock-Stock and the guys were the best there! I’m yet to experience hospitality that beats that!

The guys will probably say ME! However in my opinion meeting Justin Hawkins was pretty awesome! I also de-bagged Ched in an M&S Supermarket.. Safe to say.. he went pretty crazy at me!

A new one we are yet to release features a line.. “the fake face I am showing..” I had to dig deep and dark to pull that one out!

Back on our first EP – Holly Vultures Daydream came together very quickly and the lyrics are genuine made up garbage. It was pretty easy to write that one!

Ooooh! That’s a tough one! Probably “Devil” or “Bitter” they are awesome to play!

You would think it will be someone fancy & famous. And your RIGHT! I would love Eminem to feature on a BTV track! You hear that Marshall!?

Because we are all still working at the same time, probably having to get up at 6am when you get home at 4am from a gig! That sucks! I want more sleep!

I’m petrified of Geese! Like seriously it causes proper anxiety. You haven’t got one have you?

Feel. It has to feel right.

We play in Europe, the boys drove the full 15 hours across 3 countries. I took the plane!

I had an awesome meeting with an down south blues player in London. His name was Jumping Jack. He told me; chase your dreams no matter what the cost. I was 11. He was 74.

Ahhhh! Shinedown. Without a doubt!

Greece. It’s Sunny and has the ocean!

We wanna put something out there that is relatable to people going through high emotions and want to vent their anger! Scream along!

Everywhere! Give us a follow and you will understand that we play everywhere!

Disagree. This isn’t meant to sound biased. The only reason your singing the lyrics to the old songs is because they have been on repeat for the last 50 years. We have played with many bands on countless bills, there are some cracking bands out there!

Best thing I have seen so far on a merch stand was a band perfume. Good idea!

I actually needed an MRI Scan the other day because I tore my ligament jumping off a stage in Wales. I had to wear a brace for a few shows!

Mine. I win the award for most disorganised!

I will let you work that one out