Bristol-born, London based indie-electronic duo Bella Loka have caught the eye of many people with their mix of indie-pop and electronica blended with Tea’s distinctive vocals and David’s textured guitars. 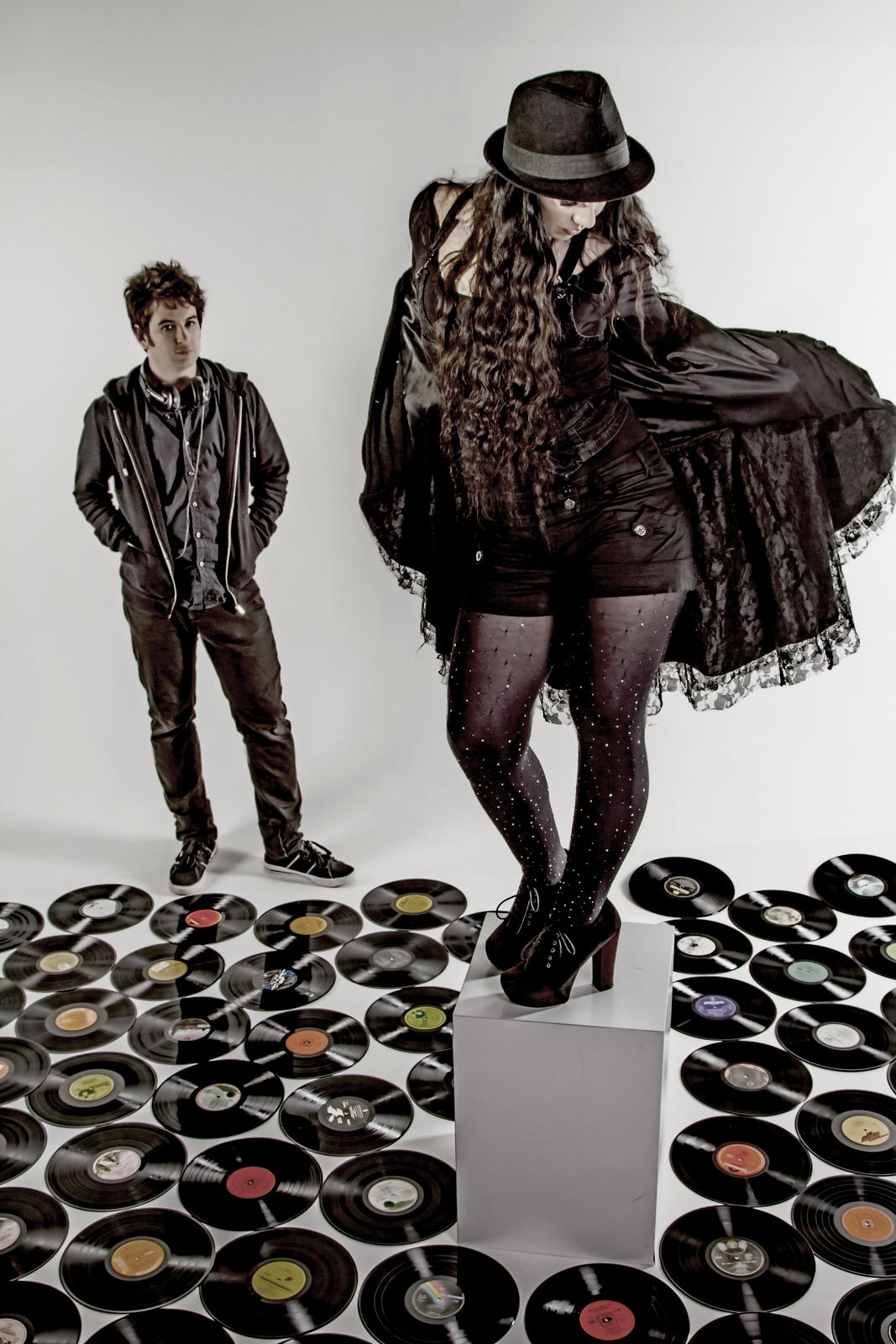 Bristol-born, London based indie-electronic duo Bella Loka have caught the eye of many people with their mix of indie-pop and electronica blended with Tea’s distinctive vocals and David’s textured guitars. The duo signed to Sheffield/Dallas based label DEFDISCO in January and recorded their debut album at the legendary Abbey Road studios after catching the attention of in-house producers Rob Cass and Pearce MacIntyre. Live, the duo enhance their dynamic performances with with visual projections designed by artist and filmmaker Tea, alongside redings of her poetry.  David and Tea take on our A-Z challenge.

David: Comfortably Numb by Pink Floyd. The day I walked into a music shop and discovered you could buy the book for how to play it, the idea that it was possible for an ordinary human being to learn this stuff. That’s the day it started for me.

Tea: Paranoid Android by Radiohead. I literally spent the first few years of song-writing trying to recreate my own version of that song. The essence of it I mean… not a cover version!

David: We had a great rider when we played the re-opening of the Colston Hall in Bristol with our old band, but we don’t like to drink before the set so we waited. When we got back we found that our bassist and drummer had swapped all the beer for other stuff with other bands playing that night, and we never got any!

David: Walking into Abbey Road Studios for the first time.

David: Tea writes all the lyrics. They’re all ridiculously deep and multi-layered. Probably easier to ask what the shallowest one is!

David: Only song I have a credit for is Colin. I was messing around with some sounds and textures in Ableton Live and Tea already had the lyrics (set to different music) and re-wrote the melody over the new music. It came together very quickly.

David: I’m enjoying Breathe Slow, a non-album track which is energetic, intense, full of crazy time-signature changes and key changes, and kind of ends up being a nightmarish trance tune in 3/4 time. Can’t wait to record it for the next album!

David: The relentless hard work and self-belief needed. It’s an almost impossible thing to make a career as an artist in the music industry, and you are aware that there are hundreds-of-thousands of delusional people out there trying to. To keep believing, and to believe that you are not one of the delusional ones, is very hard.

David: Tea walked out of school when she was 14 after a confrontation with her music teacher, because they took her trumpet away for missing a music lesson and gave it to someone else. She never went back.

David: Most of our in-jokes are based on the Spinal Tap film and Ricky Gervais’ David Brent character, because so much that happens is reminiscent of those! It’s been said before, but these comedies are so true to life it’s painful, so they get referenced a lot.

David: We write in pretty much every key 🙂

Tea: To ‘press in’. I always find that 80-90% of a song can come in one go and chasing that last 10% before you lose the emotion or feeling you had in the moment is the real challenge. I’ve learned that if you don’t ‘press-in’ until it’s done a song can end up unfinished for ever.

David: We travelled from a festival in South Wales all the way up to a festival in Northumberland – over 8 hours drive I think – and then during our 3rd song a bubble machine exploded and cut the power to the whole stage, whilst it was being broadcast live on radio! We never got to play the rest of our set. 8 hours drive for 2-and-half-songs!

David: I don’t think anyone puts on a better show than U2. I really think they are pinnacle of what you can do with a rock show in terms of songs, performance, emotional range, narrative, spectacle. But then I’ve seen Roger Waters’ The Wall a couple of times live and that comes close. In terms of pure musicianship I have to go back to David Gilmour from Pink Floyd. He’s not massively technical but he has a quiet mastery of his instrument and his music.

David: “Start by doing what’s necessary; then do what’s possible; and suddenly you are doing the impossible.” – Francis of Assisi

Tea: Well the album is called The Light, The Mud & The Dark and explores the complex nature of human interaction through circumstances that are not clear cut. It focuses on the struggles, successes and conflicts and explores how some people’s ‘light’, or good, can be another persons ‘dark’, or bad, and vice versa. I wanted to write about the non-linear and subjective nature of good and evil, how I believe there is light and dark in everyone and this depends upon your own perspective and finally how the ‘mud’, or the in-between, is where everything (the colour or grace) exists really.

David: We’re doing a mini-tour up North at the end of August, and then we will be announcing dates in London and Bristol to celebrate the album launch in the Autumn.

David: I think artists now are suffering from the gross self-indulgence and lack of investment in the next generation that the “old days” music industry is responsible for. But there are new opportunities, and a new breed of artist is emerging to re-build the industry, and we are part of that. Tea jokes that the current music industry is so hostile to emerging talent that the new generation of artists will be like super bugs – multi talented, completely self-sufficient and ridiculously resilient.

David: We’re working on it… weirdo brands of tea might be fun.

David: We love doing acoustic arrangements of the songs. They usually start as acoustic or piano pieces and it’s great to go and play with that level of purity and intimacy.

David: They mean that what we do is worth it. If we can bring to other people one tiny part of the comfort, joy, challenge, inspiration, emotion and life-enrichment that our favourite artists have brought to us, then it’s worth every minute of the blood, sweat, tears and heartache we put into it.

Zoo animal that best described the personality of the band?

David: We couldn’t be kept in a zoo. We’d have to be wild animals. I’d like to be a Laughing Bird. Or a beautiful swan.

Tea: Hmmm, eagle, lion and a little harmless spider (there are spiders at zoos sometimes)!