Our A-Z challenge is a fun way to get to know the many bands and artists out there. Here it’s the turn of Beddy Rays to tell us all about themselves. 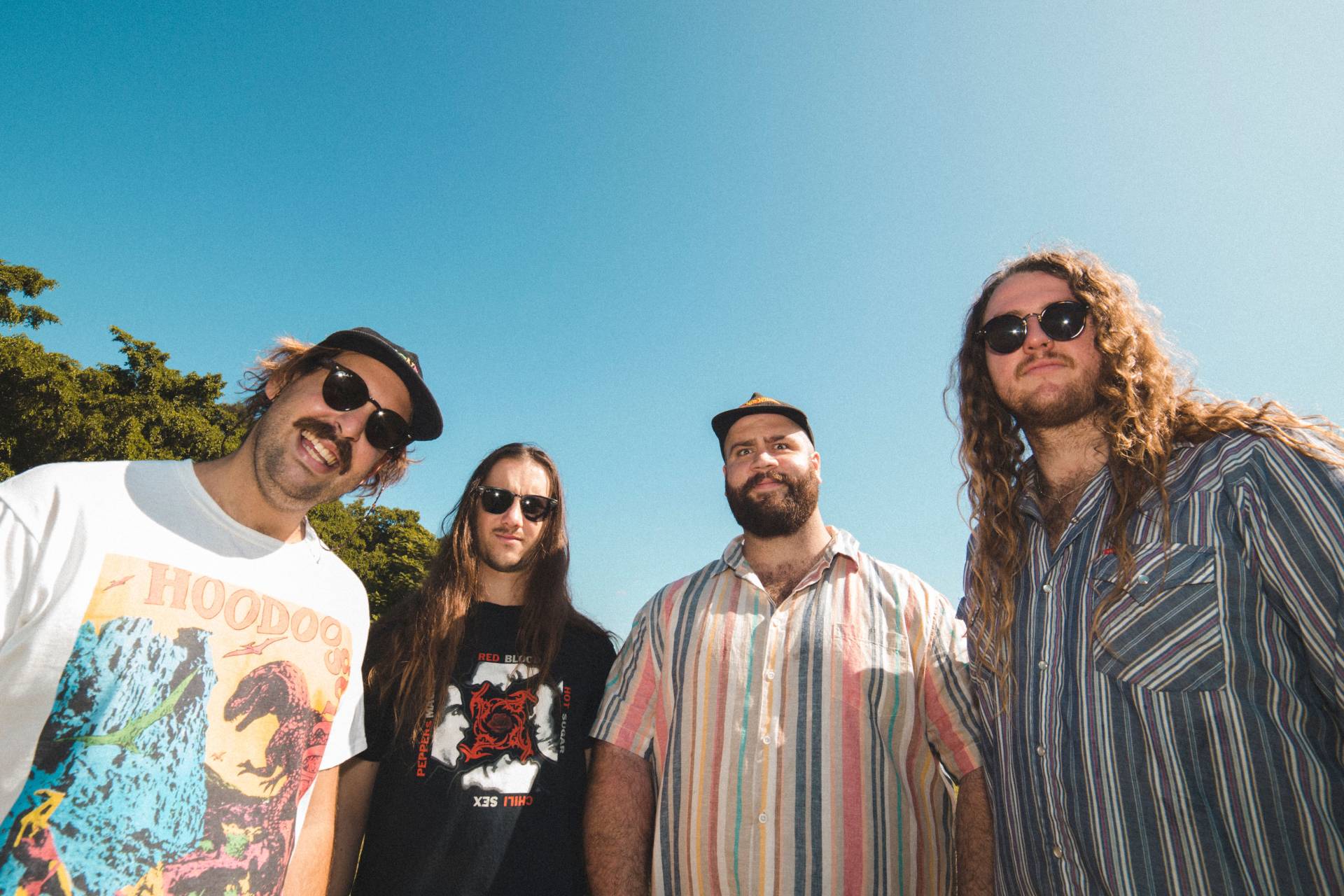 We were given the option to upgrade our rider last year and the first time we actually copped it was at the Lion Arts Factory in Adelaide. This thing was monster. A bottle of Jameson, a slab of XXXX Gold and a slab of Stone & Wood, a disposable film camera and a platter of sandwiches fit for a king.

When our song ‘Sobercoaster’ made it in at #57 on the Triple J Hottest 100. At the time we were at a party with all of our mates and when the song came on, all hell broke loose. It certainly won’t be forgotten any time soon!

Our song Better Weather has some fairly ‘deep’ lyrics in the chorus. The line “It’s a pretty shit day outside, but it’s perfect weather” touches on someone having some dark thoughts and ill mental health and not wanting to go outside despite the weather being perfect.

At the moment it would have to be Milk. We recently added a cool little part in to the live version of the track. We took it for a test run at a festival in North Queensland the other week and it worked out great.

Billie Joe Armstrong. Green Day have been a massive influence on us throughout our youth so it would be a dream come true.

It’s challenging for all four of us to be on the same wavelength about certain things.

We have a silly inside joke about calling our bass player “bud bud” instead of his real name Brad. It’s probably the longest-running joke we have in the band. Poor bud bud.

Write it on an acoustic guitar. If it sounds good acoustically, it’s gonna sound great as a full band song.

We played a festival in Thailand in 2019 which was a fair distance to travel.

Our mate Matthew Cochran for sure. This fella is a multi-instrumentalist and a weapon of a musician, to say the least. We had the pleasure of having him produce on a few of our album tracks and his musicianship and songwriting skills came in trumps.

We’d love to open for a band like the Red Hot Chili Peppers or Foo Fighters. These two bands have also been a big inspiration for us growing up.

UK/EU would be the dream. Might not be all too far away. We’d also love to tour Japan one day.

Be good and if you can’t be good, be careful.

It’s our debut album so we decided on a self-titled album. It is a culmination of everything we’ve done so far as a band so we thought it would make a lot of sense to.

We have a national Australian tour coming up in August/September to celebrate the release of our debut album. We also have some international touring plans which may see us heading across the globe soon.

Depends on how you look at it. We grew up listening to old music and far out they knew how to write a banger back in the day. In saying that, there is no shortage of amazing talent in the modern-day.

We don’t have anything that would be considered “unusual” but our mates ‘Dune Rats’ have some interesting stuff. Namely their “water pourers” which could be mistaken as a good old glass saxophone 😉

We’re really keen to do some acoustic versions of our songs soon. Especially the tracks off the new album.

They mean the absolute world to us. We wouldn’t be able to do what we do without them.

Treatments? Pretty sure we have had a couple of massages on the band account to treat our gig wounds haha.

It would definitely be all of our fault but we’d rather just blame our tour manager Lukey haha.

The mighty Silverback Gorilla. Mainly because Lewy has a hairy back that is somewhat reminiscent of a Gorilla.