Bristol based metal band Awakening Hyperia kicked off 2017 with the release of their debut EP Imbalance (out now) and showed mature songwriting beyond their years. We challenged the band to take on our A-Z questionnaire. A song that made you want to make music? “Beast And The Harlot” – Avenged Sevenfold Best riff you’ve ever written? […] 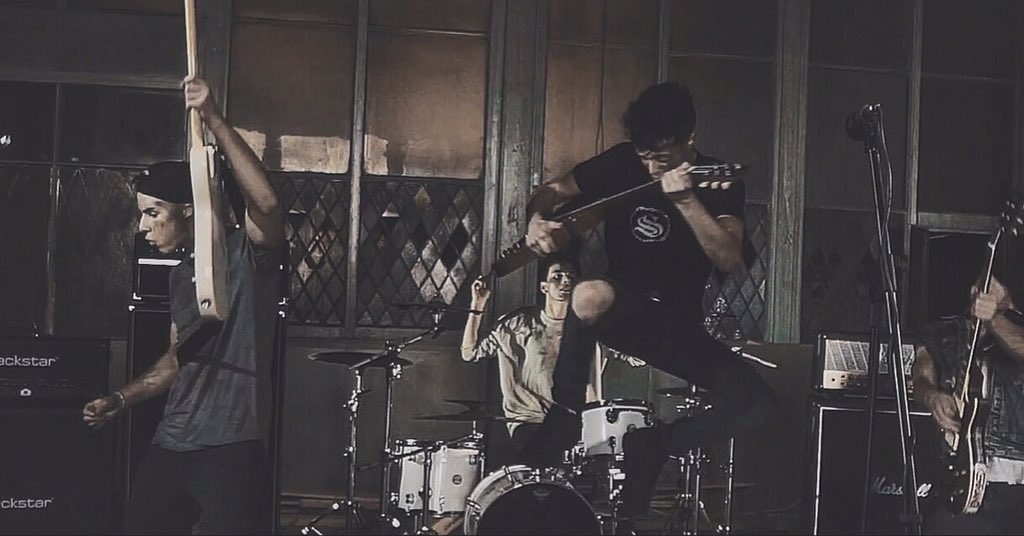 Bristol based metal band Awakening Hyperia kicked off 2017 with the release of their debut EP Imbalance (out now) and showed mature songwriting beyond their years. We challenged the band to take on our A-Z questionnaire.

“Beast And The Harlot” – Avenged Sevenfold

“BREATHE” off our debut EP “IMBALANCE”

Getting our debut single ‘Breathe’ back

“Your perception of me is a reflection of you”

Barney and Morty are twins

Well for guitar parts I usually just look at different patterns of chords or notes on the guitar neck and just see which ones fit well with the other! Or try and play a favourite song without any lesson or understanding of the chords and then see if any new patterns come out of that. And to NEVER give up when it starts to get hard.

Bullet For My Valentine

“Measure twice do it once”

We felt that our style and energy of this band created an “IMBALANCE” within the Bristol music scene which is dominated by metalcore.

No, music production has evolved so much it’s hard to not like newly produced music.

They’re AH family, so everything. Our music would have fallen to nobody if we didn’t have a solid fanbase liking and sharing our content. Fans coming up to us and saying what our music means to them is an extremely fulfilling feeling as a band.

Seamonkey. Because everyone loves them.