An Interview With Northlane

Brad had a chat with Northlane guitarist Josh about the bands first release with new vocalist Marcus Bridge, the over-saturation of the Metalcore and Pop Punk genres and how if Northlane were cereal they’d be wholesome Muesli. 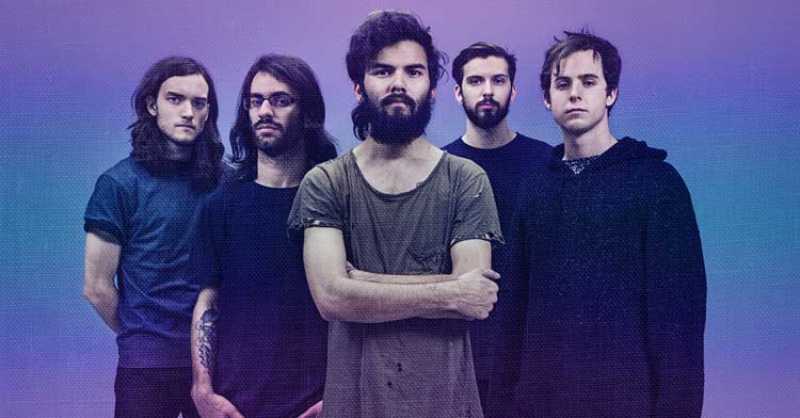 Brad recently got the chance to catch up with Northlane guitarist Josh to speak about the arrival of Marcus Bridge as a new vocalist and what he has brought to the band. We also spoke about their new release ‘Node’ as well as what cereal he thinks Northlane would be…

Hey Josh! Let’s start with the big news… your new album ‘Node’ just came out- so why did you choose the name ‘Node’?

“Node was the working title for the track Node, which eventually became the official title of that song. We thought both the meaning of the word Node, and the lyrics and feeling within that song evoked the right thoughts and emotions by which to act as a signpost for the rest of the record. It’s also a cool, understated and short word, we found it very fitting”.

How do you think the new album differs from your previous releases lyrically?

“The easiest comparison to make is that Node is based on more external issues while the rest of our catalogue focuses more inward. This is due to a few reasons, for one I was writing the bulk of the lyrics while Marcus would help map these into the song and come up with melodies. It’s hard to write personal lyrics for someone else to sing with conviction and vice versa. It’s also an approach that I thought would be more relatable to people and covers topics I’m passionately outspoken in regards to”.

As this will be your first full length release with your new vocalist; Marcus Bridge, how excited were you for people to finally hear his vocals in the form of a full length?

“Honestly we were so excited, we wanted people to hear him in a situation that did his voice justice. While even live he’d nail our back catalogue it’s great for him to finally have his own stamp on a full length release that really plays to his strengths”.

Since Marcus’ arrival, what has he brought to the band besides his barnstorming vocals?

“Fantastic cricket skills, a fresh, enthusiastic and professional attitude not to mention breathing new life into something we’ve been doing for the last 5 years. Did I also mention his cricket skills? Great all-rounder”.

You played Download Festival this summer, how was that as an experience for you guys?

“It was a great day, we caught up with a bunch of friends, and got to play a rad show. It’s one of those festivals we’ve always dreamed of playing so it was great to come across the pond and actually do it. We always feel at home in the UK, it’s more familiar to us than anywhere else in the world, probably because half the pubs in London are full of drunk Aussies”.

Being a band from Australia, how has it been breaking through in the US and the UK?

“It’s something we never expected, or really banked on happening but we’ve been slowly tacking away at the globe in the hopes that one day it would pay off, and now it seems to be!”

What has been your greatest achievement since forming Northlane?

“Without a doubt it would be overcoming the loss of a vocalist and writing a record we couldn’t be more proud of while we were in a really dark place with our careers hanging off the side of a cliff”.

Being a Metalcore band, many people think it is an oversaturated genre right now, a lot like the Pop Punk genre, what are your views on this?

“I absolutely agree with this statement. There’s too much imitation and limitation. I would love to see more bands look outside their realm a bit more and not play it safe. Many American bands are particularly guilty of this”.

Are you excited for your first UK headline tour?

“Absolutely! We can’t wait to come back and experience your… wonderful weather. Seriously though very, very excited”.
Now we always end our interviews with some questions taken from our Lucky Dip bucket, and here are yours… (Some are silly, some are serious!)

If Northlane was a cereal, what cereal would it be and why?

“I would like to say a wholesome muesli with everything you need in it”.

What song are you most proudest of?

What has been the weirdest fan interaction in your career?

“Signing someone’s arm to later see it in the form of a tattoo on instagram. I also had someone bring their pet rat to a signing the other day, his name was Odin and he was really friendly! that wasn’t weird just memorable!”