An A-Z With Red Seas Fire

R Kelly, Broken Legs and Michael Bolton…not necessarily what you’d associate with Red Seas Fire but, find out all about the genre blenders in this A-Z quickfire interview! 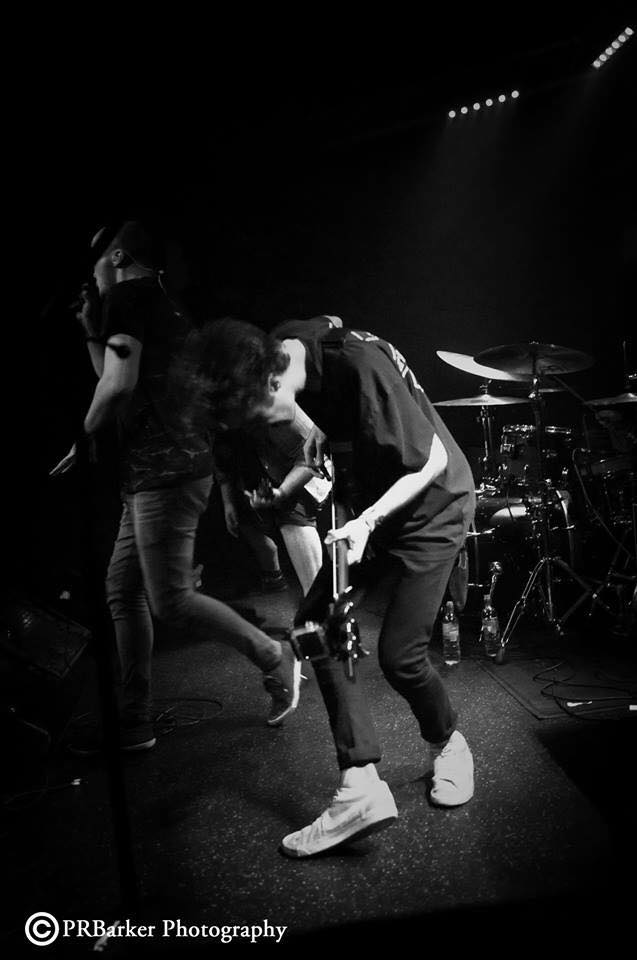 When we last heard from the West Country based quartet, it was April of 2014, and Red Seas Fire had just unleashed Confrontation, the follow up to 2013’s Exposition. Since then, the band continued pushing themselves ahead through self-imposed challenges to ensure that their last instalment of their now three year spanning ‘Mise En Scène’ project was the most devastating work of all. Largely home-produced and recorded (with a little help from their friends), ‘Resolution’ truly finds Red Seas Fire as masters of their manifest destiny, each element of their richly textured sound dense with peaks, troughs and, well, riffs…. Did we mention the riifs? Having recently released EP Resolution for free download, we asked members Pete, Robin and Jake to answer the A-Z interview…

PETE: We played a show in a tiny venue in Bristol recently, and midway through our new single Blood Bank Jon decided to jump up on the bar, and just in the spur of the moment I went and stood in front of him so he could climb on my shoulders, which he did, and we spent a lot of the rest of the song wandering around like that.

JAKE: After my first show with the band, in Cheltenham, we ended up in a happy hardcore club night until 5am. I was 17 at the time so definitely wasn’t meant to be there, surreal for sure.

ROBIN: I thought it was Pete “hulking” his way out of a bathroom stall in Malta after the locked jammed and he was sure he would miss the show.

ROBIN: There’s a part on one of the songs on the new EP that I wrote just after the death of my grandma, so to me that’s probably has the deepest meaning.

PETE: The easiest to write was Skye, just one hour long writing sesh and it was done, easiest to play is Turner and Hooch, just that one riff getting pummeled into your head.

PETE: The most recent show we played actually, at The Hairy Dog in Derby. The turnout wasn’t huge or anything but I think that was just the best performance we’ve ever put on and was so much fun as a result.

JAKE: Euroblast 2014 in Cologne, Germany. We weren’t expecting much of a crowd as RSF has never played there before and our set was clashing with a couple of other great, much more well known bands, but when we turned around to play the room was rammed full and just went off! I ended up doing some damage to my heel at this show during the last song when I did a real big stamp just a bit too hard on an uneven surface.

ROBIN: Pretty much any show I get to crowd surf at is a winner.

PETE: When we got confirmed for our upcoming show with Periphery on April 1st. Smiles for days.

JAKE: I’ve had a few times playing our song ‘The Mistakes We Make’ live where I can’t stop smiling and just feel super happy.

ROBIN: Seeing a whole room bouncing up and down with you is one of the best feelings ever. Period.

PETE: Jake can sleep anywhere, anytime, no matter the situation.

JAKE: Pete likes to sit in a cinema until the end of the credits of every film he watches, something about it being respectful.

PETE: Tyrants is the song we’ve been kicking off every set for the past year with, it’s just got the right balance of heavy riffage and energy.

ROBIN: We haven’t really opened with anything other than Tyrants for a long time, it works pretty well. If it ain’t broke don’t fix it, right?

PETE: When we went to Nygårdsjøen in northern Norway, I think in a straight line from my house that’s 2100 miles.

JAKE: I wasn’t in the band then, so for me it’s Euroblast in Germany again, which is something like 450 miles.

PETE: Guthrie Govan, just his whole approach to guitar and music is something to aspire to have.
JAKE: Jon Gomm, I have a hard time understanding how he writes this stuff and pulls it off live.

PETE: Svalbard, I reckon they’re about to blow up, amazing hardcore band from Bristol.

PETE: Periphery, which is convenient since we’re going to be doing that on April 1st in London!

PETE: North America, it’s just such a varied landscape and it’d be great to get to see it all from a van window.

JAKE: Yeah America and Canada, it’s a different culture surrounding the music out there and it would be amazing to experience that.

PETE: It’s the last EP in a series we’ve called the Mise En Scène series, which film students will get. The first two were called Exposition and Confrontation, so the last is called Resolution.

PETE: I don’t totally agree, even though most of the music I listen to is between five and fifteen years old. I think that given the ease of home recording there’s a lot more good music being made out there today, just that there’s also a lot more shite to wade through the find it.

PETE: Not unusual, but I want bands to start doing pin badges again, we had some for a while but ran out and haven’t yet got any more done.

PETE: I’m big into electronic remixes of songs, nothing too shameless and obvious, nice and subtle.
ROBIN: I’d love to hear some kind of piano arragement, always dead in to that stuff.

ROBIN: Watched The Cribs at Leeds Fest once, piss poor.

X-Rays or any other treatments needed for band related injuries:

PETE: Not really band related as such, but back at music school I fell and hurt myself badly right before an assessed performance, I did the performance sat on a piano stool and then headed to hospital, turned out I had broken my leg and dislocated my ankle pretty bad, and now I have metal work screwed into my fibular.

PETE: Bear, big and powerful and yet you just want to cuddle up to it at your own risk.

ROBIN: Wanna be a cub?

Resolution is Out Now! Buy it at www.redseasfire.com