The follow up to their well received 2013 E.P Creepy, Reasons Not To Sleep sees Southampton’s Miss Vincent switching it from creepy to gloomy. Playing their self-styled ‘moody punk rock’, paying homage to the likes of Alkaline Trio and AFI, RNTS see them take their craft to the next level. “The songs we wrote for […] 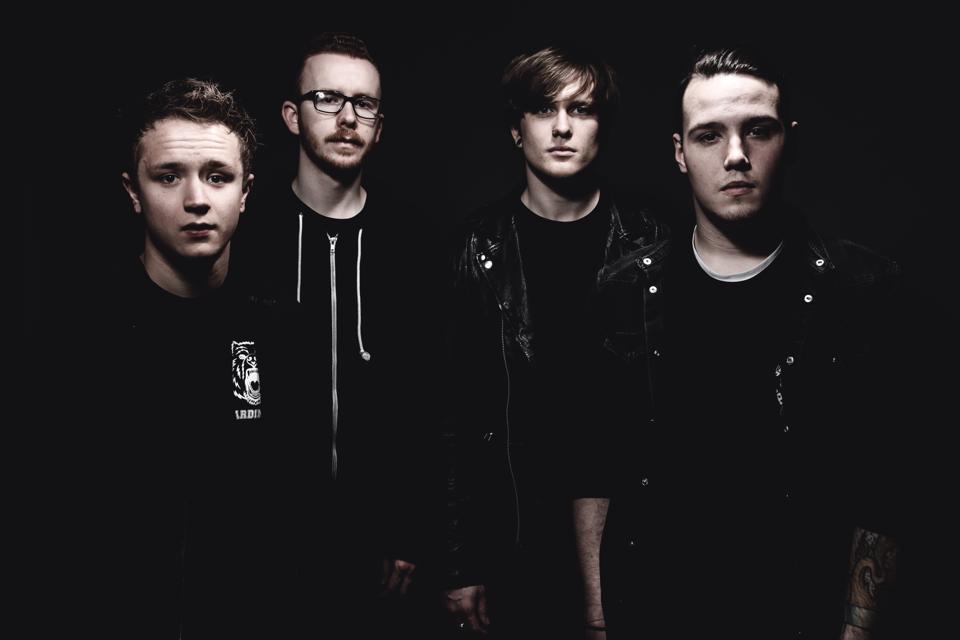 The follow up to their well received 2013 E.P Creepy, Reasons Not To Sleep sees Southampton’s Miss Vincent switching it from creepy to gloomy. Playing their self-styled ‘moody punk rock’, paying homage to the likes of Alkaline Trio and AFI, RNTS see them take their craft to the next level. “The songs we wrote for this record have a much darker, aggressive, and unhinged feel to them,” says Alex Marshall, lead vocalist and guitarist. Following the release on 11th May via Engineer Records, here they answer the A-Z interview…

Misfits: Skulls. When I heard this for the first time I lost my shit. We used to cover it!

Ramones: Rocket To Russia. All the classics, and surfin bird!!

Most crazy things you can’t really repeat… We got drunk and shaved Owains head once though.

“They’re as hollow and alone as I am numb”. There’s better ones but I’ll go with that.

Shogun Queen. It took about 15 minutes to write.

There’s so many! For the sake of naming one I’ll go with Islington Academy with As It Is. It was the last show of that tour and it was fun.

It sounds cliche, but playing together is when we’re happiest.

Lawrie does an impeccable Chewbacca impression.

Before we start playing, we turn to each other and say ‘how many pumps?’ ‘Two pumps’. I can’t tell you why though…

Hmm. We opened with Gradients of Grey for the first time the other day, and that was cool.

We went to Glasgow on tour. We drove there from Guildford. It was so long.

Calabrese. They’re not so new, but they’re very new to the UK cos they just made their first trip over here, so I guess that still counts?

The USA. We’ve done the UK and Europe and I’d love to experience touring the States.

My favourite is from Macbeth: “[life] is a tale. Told by an idiot, full of sound and fury, signifying nothing”.

Reason For The Title Of Your Recent Release:

I’m not really sure. I’d have loved to live through the CBGBs scene in the 70s and seen bands like the Ramones and Blondie play to 20 people. I do feel like the Internet and social media have diluted the impact of albums and stuff like that, so let’s go with yes!

I’d love to reimagine them with strings and all sorts like that. And acoustic versions.

Macklemore at Reading Festival. Barely counts as a band, but they were playing before Blink and I had to sit through an hour of some dudes playing stuff off a laptop.

Fingers crossed none yet. Lawrie bleeds on his guitar pretty frequently though.

Blitzkrieg Bop by the Ramones. Everyone in the world knows that song!

Bats. Spooky and mostly come out at night!

Miss Vincent Released ‘Reasons Not To Sleep’ Via Engineer Records 11th May. Watch video single ‘How Much Further’ now:

Keep up to date with Miss Vincent here:
https://www.facebook.com/missvincentband