A Sit Down With Tim Lawerence From Bayeux

Brad was lucky enough to have a chat with Vocalist, Tim Lawerence and had a chat about the past 12 months and everything Bayeux! 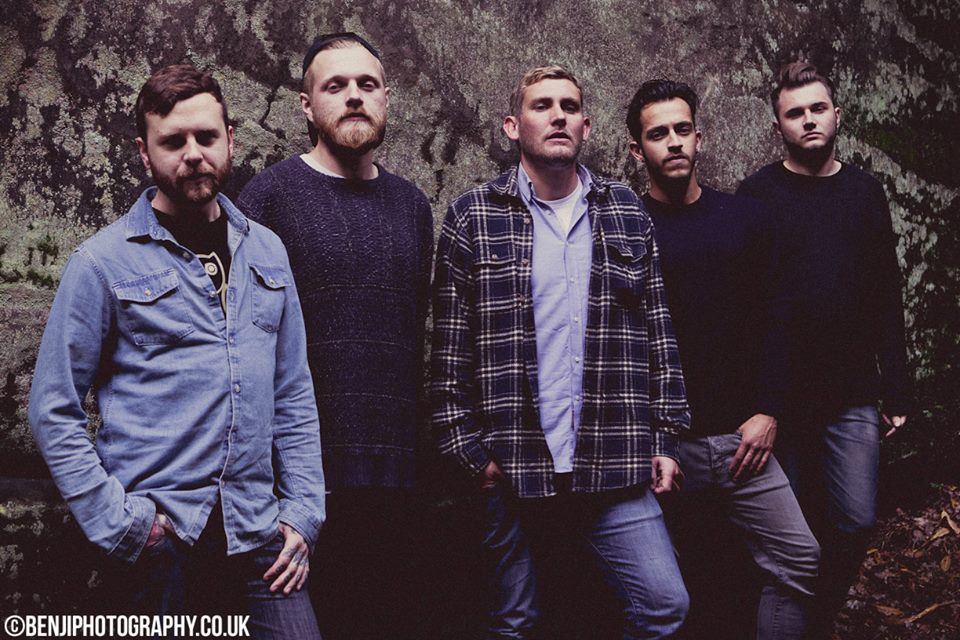 Bayeux are a straight out the box Rock outfit that draw influences from Hot Water Music and Glassjaw. The band from the South East released their debut self-titled EP in February and with the fuse of time and experience on their side, Bayeux could be making a big splash soon.

Brad was lucky enough to have a chat with Vocalist, Tim Lawerence and had a chat about the past 12 months and everything Bayeux!

Hey Tim! Firstly how are you doing?

Really well mate! Just got off work for two weeks and looking forward to playing some shows!

Last year was quite an interesting year for you, obviously with the demise of Hildamay and the formation of Bayeux, How do you summarise it?

To be honest it was hard to say goodbye to Hildamay as we had just recorded a new record and been through some really tough times but when it’s time to go it’s time to go and it was time to go. That’s not to say we won’t ever play any shows together again. But yeah, off the back of that me and my life partner Tommy decided to get straight back into it with some old and new friends.

So tell us about Bayeux, how did this band get started?

We basically met this guy about three years ago in Leicester who was crazy enough to have us play at his house to shoot a video. He also made ALOT of music with his production company ‘Inert Productions’ and I did some vocals for one of his recording projects. We became close and he basically stepped up and became an integral part of what we wanted to do moving forward. We then recruited two good friends in Tom and Ben on guitar and went from there. Yes that does mean our names are Tim, Tom, Tim, Tom and Ben and yes it is confusing.

You released your debut EP this year which is a barnstormer! How was the recording process for this?

It was great. We have the ability to record all our demoes in house and we spent a long time playing around with songs and ideas before we went to Titan Studios in Watford, hired a room and recorded it ourselves on a shoe string across 3 days. It was hectic, fun and we got to hang out and hear most of the new LTA record as they rehearsed for their tour in Japan.

When writing your lyrics, where does your inspiration come from? – is it from personal experiences?

It’s hard to say really. If I’m honest I’m a gusher. There are times in my life when things just fall out of me onto a page and I sometimes can’t make sense of what I’m writing. It can take a really long time (in some cases years) to work out what lyrics I have written mean to me and I hope that when written in the format of a song they can have the same effect on the people that take the time to listen to them. I live in hope that I wrote songs that can be interpreted by different people in different ways at different times.

Having been an experienced band member previously, do you think that helps when starting a fresh with Bayeux?

It has been hard. The landscape has changed. Promoters have disappeared, venues have closed and it’s like we’re having to start from the bottom again. But to be honest that’s what we need. We are a new band and I wouldn’t expect anything less than to be back at the bottom. There’s a lot to be said for the ‘toilet’ venues. I’ve only ever had good experiences!

What bands do Bayeux use as inspiration?

It is really hard to say to be honest. There are a lot. We have obviously got the heavier side to what we do but we also have plans to release alternative versions of songs that take into account our huge range of influences from the cure to Justice.

You’re known for really pouring your heart out when performing live, will this be a fixture within the Bayeux live experience also?

I hope so. It’s what I love doing most. Playing for anyone, even on those occasions when you’re playing to the bar staff is what it’s all about and I’ll always give it my all!

Is Bayeux looking forward to the next release already? If so, what can we expect?

We’ve already got most of it demoed and ready to go. We’ve been approached by a few labels but to be completely honest we have done everything ourselves so far and really enjoyed doing it that way so chances are it’ll be out soon! It’s definitely different though and I think more of our influences are apparent in the newer recordings.

What goals do you have as a band? any festivals or venues you dream of playing?

There are no goals to be fair, we love playing shows and writing music so that’s what we are going to keep doing. We’ve got some great shows coming up so keep your eyes out for them.

Lastly, What releases are you really digging this year?

It’s all about our brothers in Weak Nerves!