A Quick Chat With A Mouth Full Of Matches

Elizabeth Birt recently caught up with the quintet and spoke to them about their new single ‘White Flags’, their upcoming tour with City of Ashes and when their next release could be. 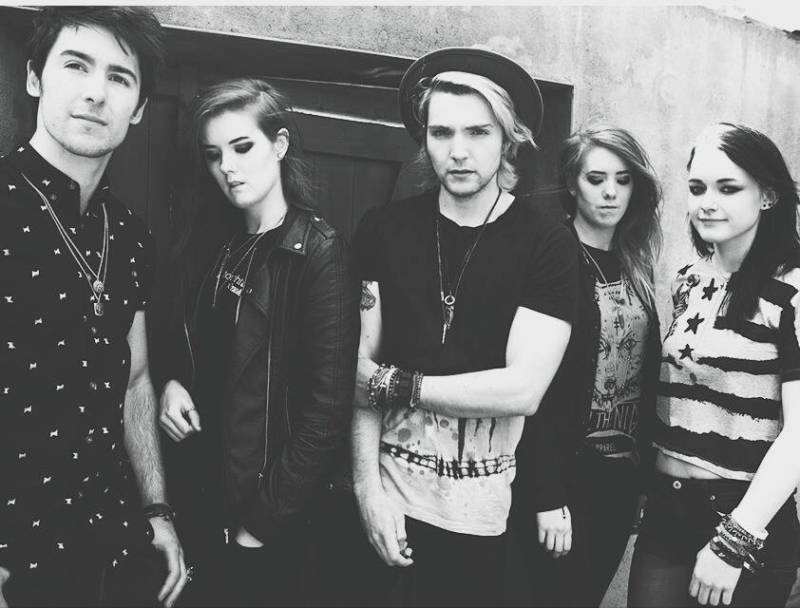 After an amazing 2014 releasing their 2nd EP ‘Smoke Signals’ with Grammy nominated producer Matt Hyde (Bullet for my Valentine, Slipknot, Funeral For A Friend), going on a full UK tour and making it through to the final Red Bull 15 to play Download Festival. A Mouth Full Of Matches have spent 2015 releasing singles such as ‘Demon Days’, touring relentlessly and even supporting The Darkness on the main stage of Brownstock festival!

Elizabeth Birt recently caught up with the quintet and spoke to them about their new single ‘White Flags’, their upcoming tour with City of Ashes and when their next release could be.

Hey guys, you’re heading out on tour with City of Ashes soon, how are the preparations going?

Hey! Really well thank you! We are in the studio practicing a lot and consuming a lot of coffee! Can’t wait to get on the road next week with the rest of the bands!

What can both new and returning fans expect from your shows?

We want to surprise them and make them lose their shit! We want to create an energetic unforgettable performance that the fans won’t forget! We have some brand new songs no-one has heard yet so we are excited to play them! We have also made changes to production and have got stage lights and smoke, so we hope that pays off!

You release White Flags on 21st September, how pleased with it are you in comparison to previous tracks like Demon Days?

We are really happy with it! It is an energetic song a lot different to the mysterious Demon Days but we hope fans will enjoy and love it! It’s about following a friend or someone down a path you don’t necessarily agree with but you tag along for the ride. Before you realize things get out of control.

Are there any plans for an EP or album?

Maybe… We are always writing new material. So you will just have to wait and see 😉 Muahaha!