A Monster Speaks To A Human; A Catch Up With Monsters as Humans

We were lucky enough to have a chat with Bassist and Vocalist, Dave Kostilek to speak about everything Monsters as Humans. 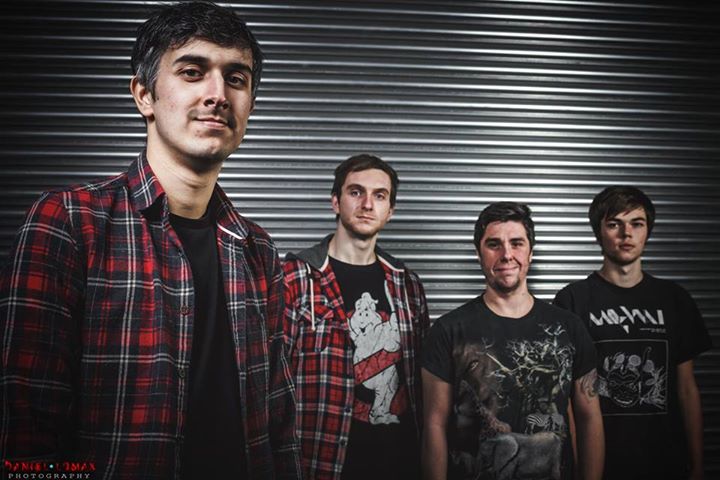 Its taken a perfectly timed band split and coincidental relocation’s in order for ‘Monsters as Humans’ to form. Compromised of four friends in a room, making music for themselves. They decided it was time to start following their instincts 100 per cent and create exactly what they wanted.

We were lucky enough to have a chat with Bassist and Vocalist, Dave Kostilek to speak about everything Monsters as Humans…

Hello Monsters as Humans, It’s a pleasure to speak to you, how are you today?

HIYA!! I’m good thanks, tired and a bit cranky but cant complain.

‘I’ve Been Saving All My Catharsis For Exactly This’ is one of the finest EP’s we’ve heard for a long, long time! How was the recording process for this?

Bloody lovely of you to say that, thanks. The recording process came pretty naturally for us, we already had a producer lined up and these were the first few songs we wrote as a band so it made sense for us that our first release should be brutally honest and show people what we are all about, hopefully in future recordings, people will be able to follow us on a bit of a journey through our musical progression.

We spent a few weekends recording it with Matt Heap at Suff Studios, who helped us loads with all sorts of ideas we didn’t think of adding. I think recording with Matt added some real dynamics to the record, we want people to love the record but we also dont want it to be a carbon copy of our live sound, otherwise, we want to make the live experience a bit different and I think we achieved that.

You seem to be a band that has a whole wealth of influence and styles that you combine together, how did your sound come to fruition?

We have all sorts of influences going on in this band, we are not musically arrogant, we like what we like. We are all massive fans of interesting rock music but our music roots go way deeper. I even love a bit of pop music. Anything that gets the hairs on the back of my neck going gets my attention.

If we started to list all the bands that influenced us then we’d be here all day.

After the EP release, what is the next step for you? A full length?

Well since releasing the EP we have been playing pretty much non stop all over the place so we havent really had much time to properly discuss the next step. I’d like to record a mini album of about 5/6 tracks I think, that would be a logical progression I think for the band.

I love the fact that you aren’t a band that is trying to be a clone of someone else, what are your thoughts on bands failing to be individual?

Just be who you are, music is art, art is expression, let the music you create be an expression of who you are, be it as an individual or as a collective. If anything, just make sure you love what you’re doing, even if nobody else does.

Now the EP has been out a little while, what has been the reception to it been like?

Pretty good, we’ve played some awesome shows and got some label interest. We know we arent going to be everyones cup of tea but I guess that just comes with the musical territory.

What is the next for Monsters as Humans?

Get rich, or die trying.
(In seriousness, we are just wrapping up the last few shows and gonna record a music video.)

What new music do you love at present?

I can’t really speak for the entire band but ive been listening to bands such as Alright the Captain, God Damn, Basement, Brawlers, Nordic Giants etc etc

Do Monsters as Humans have any tours or gigs that are coming up?

Describe a Monsters as Humans live show in three words…

Ultimately, what is the goal of the band?

To get played on Holllyoaks.