Meet the next super-producer: Michael Bono

Its not every day you get handpicked by the one and only John Feldmann to work alongside him on some of the world’s biggest names’ records. But this is the case for one young lad from Australia. 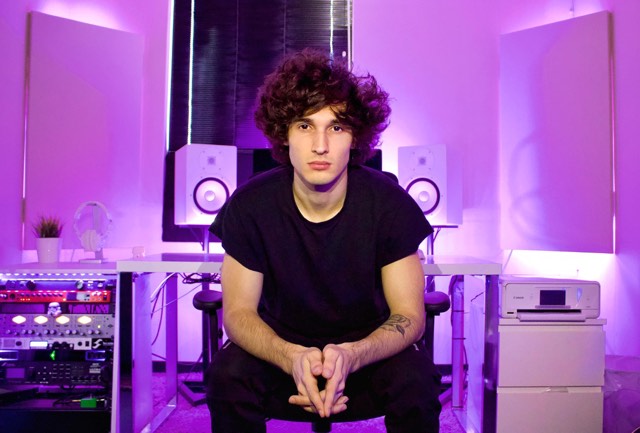 The music world is set to become even stronger with the addition of a talented new producer.

23-year-old Michael Bono from Perth, Australia may be a new name to most of you in the producing world, but he has already worked on some incredible pieces.

Michael said: “I’ve been very privileged to work with some really talented people lately, including one of my favourite childhood bands Blink 182. John Feldmann presented me with the amazing opportunity, and I was over the moon. They’ll be releasing their new record “NINE” September 20th which I’m super excited about!

“A few other really exciting bands I’ve been working with alongside John are New Politics, The Hunna, Sick Puppies and RØYLS.”

The legendary producer John Feldmann has taken Michael under his wing, allowing him to produce major label music from his bedroom.

Yes, you did read that right, his bedroom. That’s where some of the magic happens on the new Blink 182 album.

His love for producing started at a young age when he experienced his first recording session at the age of 13 with an old band of his. He then started producing music at 16, after finding out how much he enjoyed creating an electro bass track during a school music assignment.

This is where he fell into the rabbit hole of production, inviting his friends over after school to “mess around and record ridiculous guitar riffs we could barely play live for a metal band we had started,” he laughed.

He said he didn’t think much of it at the time, but after leaving school in year 12, he realised creating music was something that he wanted to do.

On why he wanted to produce music, Michael said: “I got into producing because music has always been such a big passion of mine. The idea of turning something as small as a guitar riff into a fully produced song blows my mind.

“I think it’s one of the coolest jobs to have because I get to meet so many cool people and learn so much every day.

“I’m very versatile when it comes to music taste, so I absolutely love switching between different genres every week depending on the artist or band I’ll be working with.”

In 2016, Michael and his former band The Faim were contacted by John Feldmann after he heard about 30 song ideas that he had. Four months of working on them led to the band being signed by BMG and touring the world.

It was during this touring period in 2018 that Michael was presented with the opportunity to produce a cover of Blondie’s One Way Or Another. So, on flights, between interviews and before and after shows with Sleeping With Sirens, Michael got to work. Even though it was a difficult task that led to him staying up for 50 hours, it was done, and he reaped the rewards as the end product was featured on an ad campaign for Coca-Cola across Europe.

Mid-2018, a Face-time call from John Feldmann led to the incredible opportunity that Michael has now. Feldmann had seen his potential and raw talent and wanted him on his books. Michael accepted the internship on offer at Foxy Studios alongside Feldmann and hasn’t looked back since. He has produced songs for the likes of The Used, The Hunna and Blink 182 and Feldmann has previously praised Michael, saying: “He’s very motivated and extremely talented. Michael is very creative, has great taste in music and is an incredible singer and guitar player.

As for the now, Michael is continuing to hone his skills and explains his goals and dreams in his typical humble way: “Some of my goals and dreams with producing music are to just keep working alongside super talented bands and artists every day. Maybe one day to be nominated for a Grammy, I guess that would be pretty damn awesome.”

If things keep going they way they are for this young producer, then we can surely see Michael with his name on the Grammy nominee lists someday soon.