Hot Takes: Getting to know Arcaeon 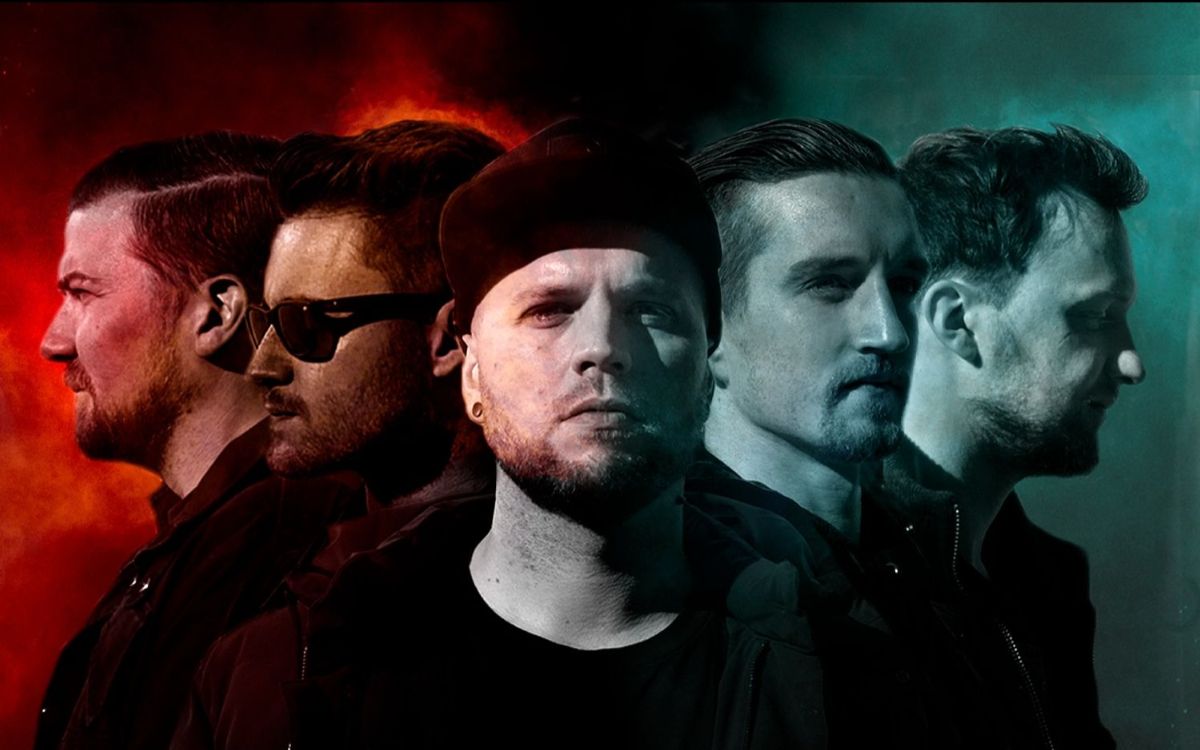 Winging it, trying to make music that we like the sound of, which usually involves writing in weird time signatures unintentionally, throwing everything into the synths and hoping it sticks, writing impossible bass parts and relying on Joe to write drums that groove in the room. It’s taking the songs away from the computer and saying “yes and no” together in a live room that really helps. Oh and there is the sound of a hyperactive bald man trying to hit his peak range, along with about a million harmonies and occasionally him being rather cross.

‘Ezekiel’s Wheel’ – it’s the gift that keeps on giving. You have to treat it with respect, and in turn it will respect you back. It’s also one of the songs that is the furthest away from the “Budget Periphery” tag the media keeps giving us, so that helps.

Struggle endlessly, flailing like an infant peak tantrum whilst trying to book any shows at all, and then massively appreciate any person that shows an ounce of interest in what we do. I mean that – if you are reading this and you have contributed, you are both crazy, and awesome.

Intervals – ‘Tapestry’. It’s just a really well-written piece of instrumental metal, great pacing, wonderful arrangement, just anything off of that EP is masterful.

Sikth – who you should know and if you don’t I can’t write in words why this band are one of the most important bands in progressive metal history.

Viatrophy – bittersweet progressive death metal who sadly are not around anymore. Their self-titled release is something I still listen to in full to remind myself of what I’ll never be.

Dream Theater – ‘Images and Words’ was my introduction to progressive metal as a teenager, I love all of JPs playing in newer material, but there was this tasteful fusion of influences in his guitar playing on this record that resonates with me to this day.

You can buy a CD if you fancy a blast from the past – when owning a band’s physical release and having it there in your hands was a thing. Hey, you never know, you might actually listen to more than a couple of songs before scrolling through even more of the same sounding bands if you buy one!
I’m a terrible salesman. All the usual streaming outlets of course, and when we do play live again, we’ll definitely look forward to playing in Manchester, Reading and in due time the UK Tech Metal Festival, which we are privileged to have here.

Duck Billed Platypus – It’s weird, it’s a combination of things, its easily mistaken for something else and it shouldn’t work but it does.