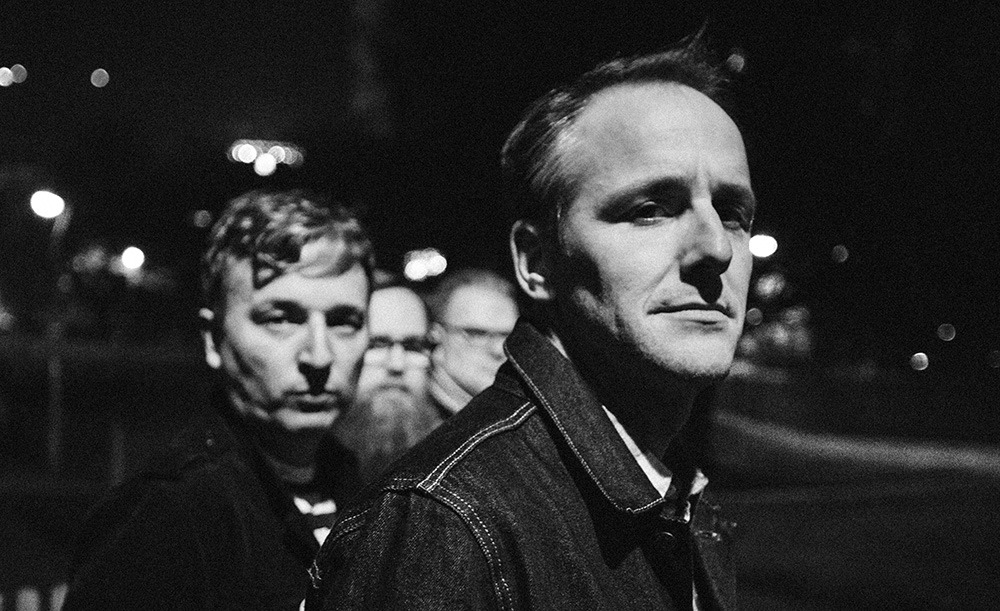 Amoeba Teen were founded by critically acclaimed songwriting team, Mark Britton and Mike Turner. Armed with a four-track tape recorder and junk shop guitars, Britton and Turner began writing together back in the dying embers of the last century. We think they absolutely great and we had a little chat with the band to find out more ahead of the release of their new album…

Power pop hooks and harmonies, with a twist of alt country.

Carl: Check out Looking For Power – I think it showcases both sides of the band – delicate, almost folky and then rocks out!

Mike: This Spark and Long Live Memory Lane. I know that’s two, but it highlights where the heart of the band is for me. Powerful melodies and hooks, melody, crunchy guitars, but embracing a grander soundscape from time to time.

Simon: Clementine – it’s a good representation of where we are at the moment; how we are mixing the folkier pop side with crunchier guitar sound.

Mark: This Spark because I think it’s immediate and showcases the band’s harmonies. It’s the gateway drug to the rest of our material.

We’re finalising our next album (entitled Medium Wave) and plan to release it 1st June on Big Stir Records. A highlight of the year will be performing at the International Pop Overthrow festival at The Cavern Club during May.

Mike: Beetlebum- Blur. It put an end to the whole Britpop nonsense once and for all, a daring band with a vision of where they wanted to steer towards. Either that or Life On Mars – Bowie. That song is perfection.

Carl: Happy Birthday – one of the highest earning songs ever, so would have set me up for life!

Simon: It’s a three-way tie between Wichita Line Man – it really is perfect. Its lush arrangement and sense of melancholy yet still remains romantically uplifting, Love Will Tear Us Apart – similar reasons and lastly, You Really Got Me by The Kinks – perfect mix of pop hooks and rock n roll riffs.

Mark: Joining A Fanclub by Jellyfish; it never ceases to blow my mind.

Your best first place to go is www.amoebateen.com where you can download a whole album for free. Also buying our music direct really helps support the band’s continual bad habits.

Mike: A mole, blindly burrowing away on our own path, occasionally surfacing into the blinking light. Sometimes acknowledged, mainly ignored or forgotten about.

Carl: An owl – wise and respected by other animals

Simon: Something nocturnal like a hamster, just getting on and creating its own thing whilst the rest of the world is sleeping.